Foods That Cause Food Poisoning and What To Do About Them

There are a lot of foods out there that can be risky with regards to food poisoning, and we’re going to tell you about the worst offenders, as well as how you can deal with food poisoning if you get particularly unlucky. 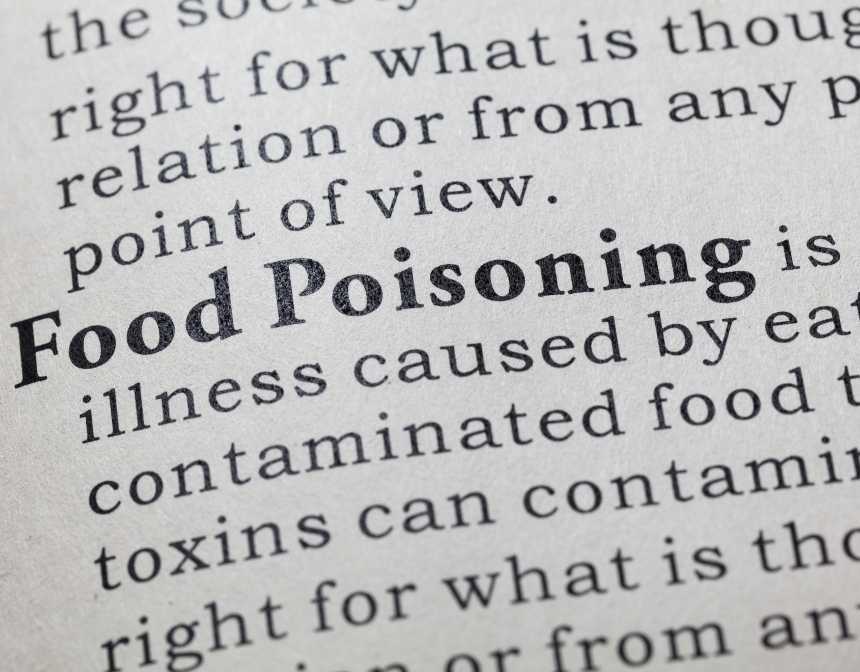 For as long as we’ve been cooking, there seems to be a constant stream of new and changing foods that we’re looking at warily - knowing that they might be able to cause food poisoning if prepared incorrectly or stored wrong.

Well, today we’re going to cut out some of that mysteriousness, and give you a definitive idea of which foods can be the worst for food poisoning. After we’ve done that, we’re going to talk about how you can help yourself or someone else to get over a bout of food poisoning in no time at all.

Let’s get started and go through some common questions about food poisoning.

Which Foods are Most Likely to Cause Food Poisoning?

There are a huge number of foods out there that can be particularly bad for food poisoning, and we’ve tracked down which ones pose a particular risk. In short, our top three are poultry, vegetables and leafy greens, and fish.

Raw and undercooked poultry has, by far, the highest chance of giving someone food poisoning. This is the most common cause of food poisoning out there, so it mays to ensure your chicken is well cooked.

The reason that poultry causes food poisoning is that the bacteria campylobacter and salmonella are common in the guts and feathers of poultry birds. These bacteria can live on the meat when it has been butchered but are killed during the cooking process. To stay safe, make sure you thoroughly cook your poultry and wash any surface it came into contact with.

Vegetables and leafy greens are a surprisingly common offender for food poisoning - you really wouldn’t expect it. The reason they feature so highly on this list is that they’re often eaten raw, which means that the bacteria that cause food poisoning aren’t killed during preparation.

The contamination of vegetables and leafy greens most often comes from unclean water and dirty runoff, which can leach into the soil that fruit and vegetables are grown in. To minimize your risk, make sure you wash salad before eating it and avoid any leaves that are a little mushy.

Fish and shellfish are our final common sources of food poisoning. Unlike the other entries on this list, the fish isn’t inherently contaminated by bad bacteria, but rather by a chemical produced by bacteria that live on the fish. The chemical is called histamine and is not destroyed by normal cooking temperatures.

It can be particularly bad - symptoms include nausea, wheezing, and swelling of the face and tongue. To steer clear, ensure you always buy fish that has been properly chilled and refrigerated and then continue to do that yourself. Make sure your fish is cooked through, and cook clams, mussels, and oysters until the shells open - throw away the shells which do not open.

How Long does Food Poisoning Last?

How do I Know if it’s Food Poisoning or a Stomach Virus?

While food poisoning and stomach viruses are quite similar, there are five main differences between the two that you can use to tell the difference. These can be really important in self-medicating, so make sure to read them carefully.

Firstly, blood in your stool or diarrhea is more likely to be a symptom of food poisoning than a stomach virus. If this occurs, go and see a doctor.

Projectile vomiting and stomach cramps are often misattributed to food poisoning. Instead, these symptoms are more consistent with the norovirus, which is a type of stomach virus.

Typically, stomach viruses take longer to develop, but will then go away more quickly. Usually, you can expect a stomach virus to go away roughly twenty-four to twenty-eight hours after symptoms begin. Food poisoning typically lasts longer.

Food poisoning usually affects more than one person and can be traced to a particular source. For example, did you and someone else both have chicken from a certain packet, and now you’re both suffering? The chances are that it’s food poisoning.

A stomach virus is more likely to cause a fever, headache, and stomach pain. That said, these symptoms can occur for either ailment, so take this last piece of guidance with a pinch of salt.

How long does it Normally Take to get Food Poisoning?

Typically, the symptoms of food poisoning begin within one to two days of eating contaminated food. That said, they may start at any point between a few hours and several weeks later.

What are The Types of Food Poisoning?

Food poisoning is caused by different types of bacteria contaminating the food that you’ve eaten. In order to define a certain type of food poisoning, you should first narrow down the type of bacteria.

According to the CDC, the top bacteria that cause food poisoning are campylobacter, clostridium perfringens, staphylococcus aureus, and salmonella. Thankfully, all of these types of bacteria can be dealt with through the proper storage and cooking of food.

How do You Get Food Poisoning out of Your System?

Frustratingly, there’s no true way to ‘get it out’ of your system. The symptoms that you experience are really just your body getting rid of the contaminated material quickly and effectively.

The only thing that you can do is wait it out and try to eat plain food and water while the symptoms are ongoing. Continuing to eat and drink small amounts of plain food will help to replenish nutrients that your body needs while you’re suffering through the symptoms.