What Is Barramundi Fish & How To Cook It?

Barramundi is a delicious fish which, once you’ve tried it, you’ll be sad you’ve never had it before. We’ve got all the facts right here! 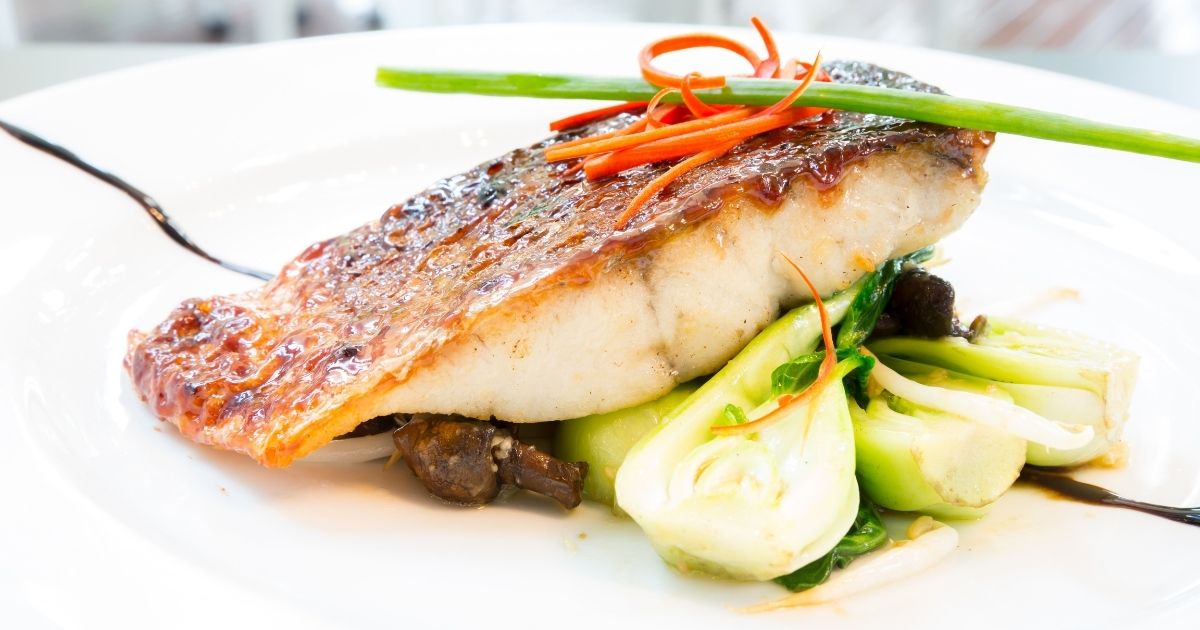 The barramundi, also known as the Asian sea bass, is a wonderful fish that can be found all over the Pacific ocean. It’s commonly cooked everywhere from South Asia to Northern Australia. Clean tasting with a meaty texture, it’s ideal for even the most beginner-level fish-lovers.

There are lots of things to learn about barramundi, especially considering that you might not have heard about it until right now! As we said in our brief introduction, it’s mostly eaten in Australia and nearby areas of South Asia. There’s a good reason for that, though - it’s a supremely tasty fish, and it’s very easy to catch and cook.

The fish itself is known as both the barramundi and the Asian sea bass. It’s a subset of a larger family of fish called the latidae, and this means that it has a number of names. Simply put, it has a number of names to ensure it can be differentiated from other, similar, fish. The species is widely distributed in the ocean and can be farmed off the coast of a number of South Asian countries. This includes Thailand (where the fish is called pla kapong) and India (where the fish is called bhetki in Bengali).

How To Cook Barramundi?

Barramundi’s fat content is fairly middling, which means that it can be cooked in a number of very versatile ways. This includes grilling, roasting, steaming, and frying. Larger fish like the barramundi are often cut into steaks and sold as such. However, Barramundi is usually sold whole or in fillets. Typically, you can optionally buy fish with the skin on or off.

One particularly great way to cook barramundi is to pan fry it while keeping the skin on. This is because the skin itself is very thin, which means it crisps up well and adds flavor to the dish. You can start out by patting the fillets dry with a paper towel, as this will ensure crispy skin every time.

Next, make a series of shallow cuts in the skin with a sharp knife. Don’t cut deep enough to penetrate the flesh, just deep enough to score the skin - this will help to get the skin evenly crispy. It will also help your seasonings to penetrate the meat, and it prevents the skin from shrinking and pulling the fillet out of shape. Finally, season both sides with salt and pepper, and then you can get cooking!

Heat some oil in a nonstick pan over medium heat, and place the fillet skin side down in the pan once the oil is hot. Do not place the fish in cool oil - this will ruin the texture of the finished meal. Cook the fish for two to three minutes on the skin side, at which point it should be golden brown. Then, flip the fish and cook on the other side for one to two minutes. Remove the fillets from the heat, and allow them to rest for a moment before you serve them.

As a final note about the fat content - it’s very difficult to overcook barramundi thanks to the medium fat content. It will stand the extreme heat of a grill very well, so it’s a very easy fish to cook with.

Barramundi is a wonderful fish, with a flavor quite similar to lots of other white fish from saltwater. The closest points of comparison are sea bass, snapper, and sole.

As far as tasting notes go, it’s pretty much what you might expect - the flavor is silky, buttery, rich, and ever so slightly sweet. It isn’t a harsh or pungent fish at all, making it great for people who want to try out new fish but might get overwhelmed. The flesh is white and is medium-firm when cooked properly.

Where to Buy Barramundi?

The best place to track down some barramundi fish fillets is in the freezer section of your supermarket. While buying frozen fish on purpose might sound terrible, it’s actually ideal for barramundi. Because of where the fish is farmed and caught, any ‘fresh’ barramundi might actually be quite old by the time it gets to you.

On the other hand, barramundi is typically flash frozen within hours of being caught - this helps to maintain the flavor and freshness. This preservation of flavor makes frozen barramundi superior to its ‘fresh’ counterpart. ‘Fresh’ barramundi will never have been frozen, but it may have been in a refrigerator for up to two weeks before you buy it!

In the frozen section of your supermarket, you’ll typically be able to buy barramundi by the pound. If you can’t track it down there, it may be available at seafood markets, specialty grocery stores, and it can be purchased online too!

Your best bet for peak flavor and texture is to look for barramundi which has been immediately frozen and then be kept completely frozen. If you’re intent on buying fresh barramundi, then the same rules as for all other fish are maintained - look for fish that was caught in the last few days and kept very cold. The flesh should be bright white, and not at all grey.

Check out our other posts about Sea Food:

Pumpkins are an all-American-fruit that we all enjoy during the holiday season. Pumpkins,...

Best Tacos In The World

There are so many different spots out there for great tacos, from taco trucks to...