What is Monkfish and How Do You Cook It?

Monkfish is one of the best-known types of fish out there - because of both its unique name and delicious taste. We’ll help you to learn what you need to make wonderful monkfish dishes at home. 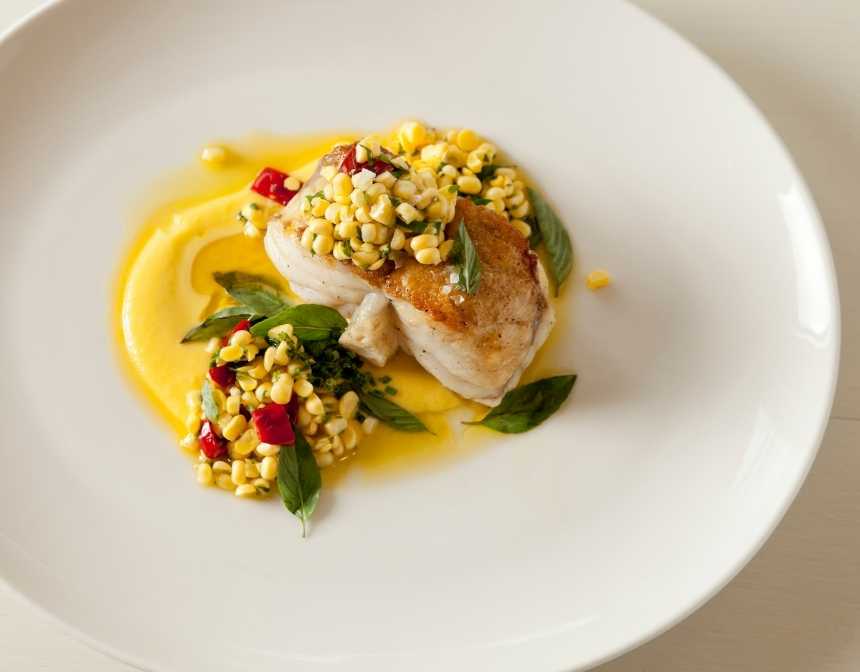 Monkfish is a wonderful meaty fish that’s perfect for any number of meals. It can be wrapped in bacon for a dinner party centerpiece, or added to stews such as curry or paella. The firm texture of monkfish makes it ideal as a meat replacement for pescatarians, though it has plenty of flavors to stand on its own as a wonderful dish!

Monkfish are bottom-dwelling predator fish that are very similar to the anglerfish that might have frightened you in the last nature documentary you saw. Generally speaking, these fish are harvested in the North Atlantic, though they can be found towards the Mediterranean too.

Monkfish will eat nearly anything that comes by them, scuttling along the ocean floor by using their fins as rudimentary walking implements. This walking motion means that they use their muscles a lot - making the meat of those muscles particularly firm and meaty.

The meat from this fish is typically harvested from the tail and known for its tenderness and mild flavor. There is also a cut of meat in the cheeks of the fish, but this is used more rarely than the tail meat. The meat itself is firm, lean, and varies in color from white to gray, to light pink.

The ‘walking’ that a Monkfish does mean that the meat from it that is sold in supermarkets is typically firmer than other fish - more similar to meat from land animals than other types of fish.

How To Cook Monkfish

There are a lot of good monkfish recipes out there, but there are some general tips for cooking that you might be interested in knowing.

Typically it will be sold in deboned fillets, and it’s rarely sold whole. However, the tails may still contain a central bone that does not need to be removed prior to cooking as it can be easily avoided during eating.

This fish is particularly lean, so it’s likely to lose moisture and shrink upon cooking. To offset this, try salting or brining the fillet one hour before cooking - the size will remain more constant.

Monkfish has a taste that’s extremely similar to lobster - this is because they’re both bottom-dwellers from similar regions, and therefore eat a lot of the same things. As a result of this flavor similarity, monkfish is sometimes known as the poor man’s lobster.

The fish has a meaty texture, a mild, sweet flavor, and is often in fine dining thanks to the uniquely delicate flavors. A lot of people consider ocean-dwelling fish to have a very ‘fishy’ flavor, but monkfish doesn’t have this. This lack of ‘fishiness’ makes it an ideal candidate for recipes that include a lot of seasonings. It is perfect for combining with bold flavors and will go well with capers and garlic, for example.

Is Monkfish A Healthy Fish? (Nutrition and Benefits)

Monkfish is a great fish to eat when you’re following a healthy diet. It’s a great source of phosphorus, selenium, vitamins B12 and B6, and niacin. Most importantly, it’s an ideal place to get omega-3 fatty acids.

Fish with a lot of omega-3 fatty acids is known as oily fish, and at least one portion per week is recommended by the NHS. Omega-3 can help to prevent heart disease, and can be particularly good for women who are pregnant or breastfeeding - it can help a baby’s nervous system to develop.

The only bad thing to consider with oily fish is that small amounts of pollutants from the fish may build up in your body if you eat a lot. For this reason, be sure to eat oily fish in moderation.

Monkfish is a very lean fish, too, meaning that it’s ideal for a healthy diet. It’s a great way to get a lot of protein into your system without also ingesting a lot of fat, saturated or otherwise. A three-ounce serving of monkfish provides only one percent of your recommended daily intake of saturated fat - this means that the fish is great for people who are watching their cholesterol levels.

How to store Monkfish?

Monkfish is stored in much the same way as other types of fish. When bought from the supermarket or fishmonger, it should be stored in the fridge and cooked and consumed within two days of purchasing.

If you want to extend the life of your monkfish, try freezing it! If you wrap it tightly in plastic wrap and then freeze it within a freezer bag that you have removed the air from, your monkfish can easily last for up to six months. This is ideal for if you’ve bought a fillet of monkfish but want to wait for another day to cook it - we’ve all been there.

If you bought your fish pre-frozen, then you can place the fish directly into the freezer, where it will keep for up to six months.

If you have already cooked the fish, a few different rules apply. Store cooked monkfish in the fridge for a maximum of two days. Ideally, you should eat monkfish the day it’s cooked, but you can store it for a short while.

If you like fish, here are some delicious seafood recipes

A Turkish recipe named ‘levrek marin’ which translates to ‘marinated sea bass’. This spectacular dish is popularly served throughout restaurants...

This soup is indispensable in autumn and winter! This easy-to-eat meal is both a source of healing and a very tasty dinner alternative.

Clean the fish, wash thoroughly and put them to mesh strainer to strain.Preheat oven to 180°C (356° F).Finely slice the tomatoes, lemon and onions.Place...

While spring is beginning to show itself, it means the mackerel season is slowly opening. Baked mackerel is a meal that you can easily make in spring and...

Salmon in the Oven

Salmon is a type of fish that contains many vitamins, minerals and proteins, especially omega-3, fatty acids and B12. It is very important for our health...

Winter is the richest month in terms of fish and branzino is among the most popular. If you like fish, we highly recommend this excellent branzino casserole...

Air fryers let you cook your favorite foods with little to no oil. That’s a game-changer....

Healthy and Easy to Make Smoothies

Are Smoothies Healthy? What do you do for your health? Smoothie is an ideal choice...

Rum is one of the most consumed spirits worldwide, and it’s an essential ingredient...

Best Mexican Restaurants in the World

Everyone loves Mexican food; it’s so colorful and festive! The flavors, the addictive...