Everyone is talking about fusion cuisine and food fusion, but what is it? You probably already tried fusion cuisine, now know all about it. 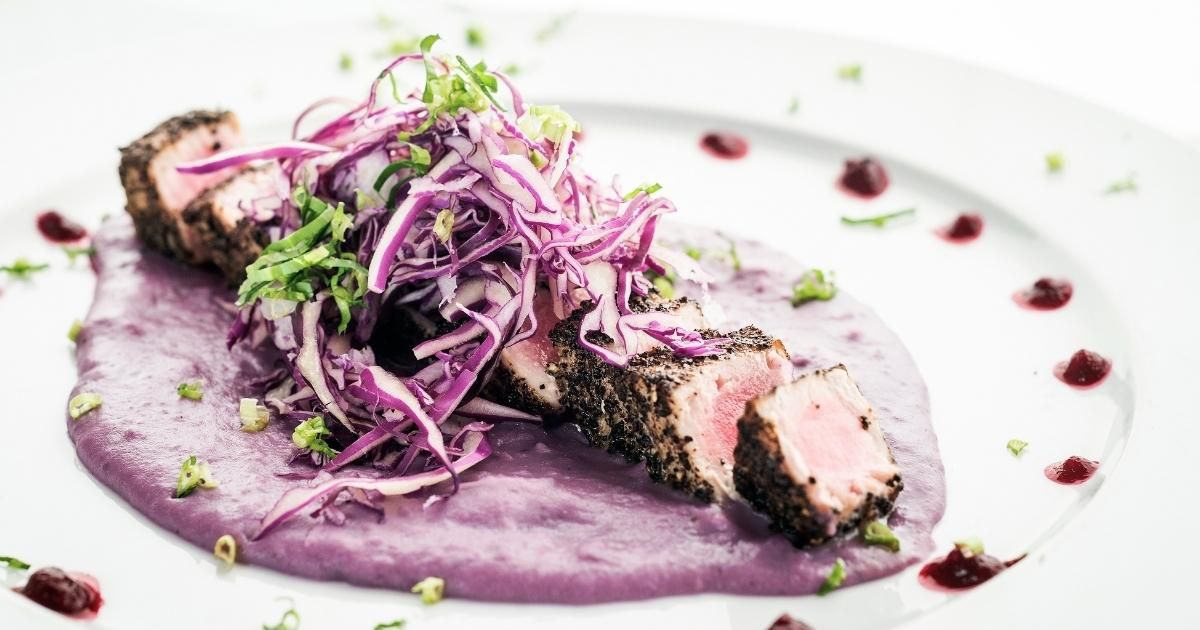 Fusion cuisine is made of bits and pieces of different cultures. Ingredients and cooking techniques from distant countries or regions come together to create something else, and that’s thrilling!

Fusion cuisine is more common than you think. After all, we live in a globalized world, and we’re now all closer than ever. Learn all there is about fusion cuisine.

Fusion cuisine combines ingredients and techniques from different regions and countries. But let’s get something out of the way — today, all cuisines are a fusion, in a way. The age of exploration led to an intense cultural exchange. Cows, pork and chicken arrived in America. In exchange, European countries met with tomatoes, vanilla and chocolate for the first time.

Still, during the 18th and 19th centuries, most countries developed their own culinary identity. When you combine these cuisines, you get fusion cuisine. Fusion food can vary a lot. It can be as easy as topping pizza with barbecue chicken or as complicated as making burger buns with Asian noodles or putting together a duck confit taco.

National and regional cuisines define us, and when you make fusion food, you bring people together. Everyone loves the food flavors from their childhood, and when you find them in unusual food or unlikely combinations, it’s just a thrilling experience! That’s why fusion cuisine is so popular!

The best part about fusion cuisine? You need not be an Iron Chef to make it at home. Everyone can mix and match ingredients to create new flavors and textures.

The History of Fusion Cuisine

Fusion cuisine has existed since the beginning of time. Sometime, somewhere in antiquity, a villager took his cooking traditions to a neighboring village, and fusion cuisine was born. Wars, migrations and marriages — any interaction between cultures often end in creating a new type of food. It has been this way since forever.

The massive Asian migration to America influenced food greatly, and the same can be said about the influence of Latin American people in the United States. Fusion cuisine, though, is a universal phenomenon, and you can see its effect in every corner of the planet.

And although food fusion is widespread, restaurants really didn’t start serving fusion food until recently. Fusion cuisine became mainstream in the United States in the 1960s, with the first French Chinese restaurants, soon followed by Italian-Asian restaurants, and everything in between. The term “fusion cooking” was first used in 1988, and today, fusion cuisine is its own category — even if it can vary widely.

Modern cuisine is not a synonym for fusion food. In fact, a great deal of modern food is not a fusion at all. To further understand the differences between these two philosophies, let’s explore modernist cuisine.

Modern restaurants serve modernist cuisine. Developed in the 1980s but with roots going back for centuries, modern cuisine treats cooking as a science. The cooking temperatures are carefully monitored, modern appliances allow cooks to cook food in a vacuum, and chefs use science to reduce, distill or extract flavors from ingredients.

Modern cuisine is all about perfection. Fusion food is about the merger of cultures. Although these two tendencies can live under the same roof, they’re not the same thing. Fusion cuisine can be modern and modern food can be fusion. We could also say modern cuisine looks into the future and fusion food finds inspiration in the past.

There are endless examples of fusion food, but here are some of the most prevalent worldwide.

Why Is Food Fusion So Popular?

The real question is. Why is food fusion so popular? Here’s the thing. We all love the flavors that give us identity. Food is a big part of who we are.

When you find the flavors of your childhood merged with other exciting ingredients from somewhere else, you might feel insulted or flattered, but there’s no doubt you’ll feel intrigued. It’s the curiosity that feels our hearts when we hear about fusion food. And curiosity makes food exciting. No one wants to eat the same thing every day; we want to try new things! Well, fusion food is perfect at that.

There’s no doubt we’ll continue to see more dramatic fusion food ideas in the future, and some of them will become new classics. That’s the neat thing about food. It constantly changes, which means that there are exciting meals in your near future.

Why is fusion food so popular? Because food is supposed to be fun and much more than just nourishment. Well, let’s thank the great cooks and chefs that combine our favorite foods to create new things. These unsung heroes are really the stars here, so let’s all say thank you!

Mexican Beef burrito recipe is the ultimate easy prep-ahead meal. It stays good in the freezer for a minimum of 3 months and can be baked in the foil it's...

Best Mexican Restaurants in the World

Everyone loves Mexican food; it’s so colorful and festive! The flavors, the addictive...

Caviar is more available than ever. Everyone can enjoy the sea-scented pearls and...