Bavarian cream, also known as creme bavaroise, is a yellow custard-based pastry cream. First invented by Marie-Antoine Careme, a French chef which specialized in high cuisine. In Germany the dessert is folded with whipped cream then set with jelly and chilled in a mold. Bavarian cream is served as a standalone sweet, served with fruit puree and fresh berries. The jellified Bavarian cream is also used for parfaits, cakes, cream puffs and the classic filling for Charlotte cake. Below is a recipe for traditional German Bavarian cream.

In America, Bavarian cream doughnuts are filled with a form of pastry cream which is different to the traditional set custard and closer to a creme patisserie. The ‘bavarian cream filling’ is prepared looser and then used as a filling for desserts such as bavarian cream donuts. 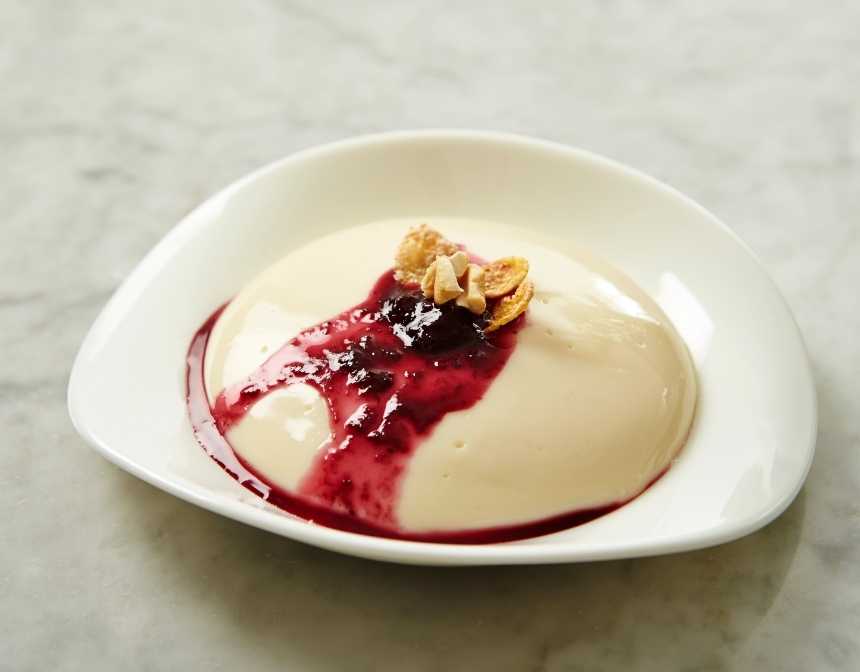 What Is The Difference Between Bavarian Cream and Custard?

Custard is a milk or cream based product which is sweetened with sugar and thickened by gently cooking with eggs or egg yolks. Bavarian cream is made by first creating a traditional custard and then setting with gelatin to create a set and thickened cream.

What Is The Difference Between Boston Cream and Bavarian Cream?

What Are The Types of Custard?

There are many forms of custard, the classic varieties are creme anglaise and creme patissiere. Large-scale productions of custard often use a starch base as a thickening agent which provides a longer shelf life and more stability than the traditional egg-based custards. Many home cooks and restaurants also make the addition of cornstarch or flour to their custard as this ingredient helps to prevent curdling, overcooking and thickens as it is heated.

Creme Anglaise - a light pouring custard, made using sugar, egg yolks, vanilla and milk, which is popular in British desserts.

Creme Patissiere - a thick pastry cream which is sweetened. Thick, rich and creamy this is ideal for piping, used for desserts such as profiteroles, eclairs, mille feuille, Boston cream pie and fruit tarts.

Creme Mousseline - a form of creme patissiere which is then whisked with softened butter to form a foamy and airy texture with decadent richness. Creme mousseline is the filling of choice for famous French desserts such as Paris-Brest, Fraisier cake and Tarte Tropézienne.

Creme Bavaroise - a custard set with gelatin and combined with whipped cream, served as a standalone dessert or classic filling for Charlotte cake.

Does Bavarian Cream Have To Be Refrigerated?

Sticky Toffee Pudding, a classic British dessert, is delicious with its soft, sweet...

South American desserts are some of the easiest and best in the line. And Peach cobbler...

It is a classic dessert that belongs to the French cuisine. The perfect harmony of...

Put the rice flour in the pan. Puree thoroughly with 1 glass of milk. Add the whole...

Swiss Roll Cake is a classic dessert that will remind you of your childhood memories....

When it comes to forest fruits, the first thing that comes to mind is blackberry....