Learn all there is to know about Chef Gordon Ramsay, his restaurants, TV shows and history. The most famous short-tempered Chef and why we love to hate him. 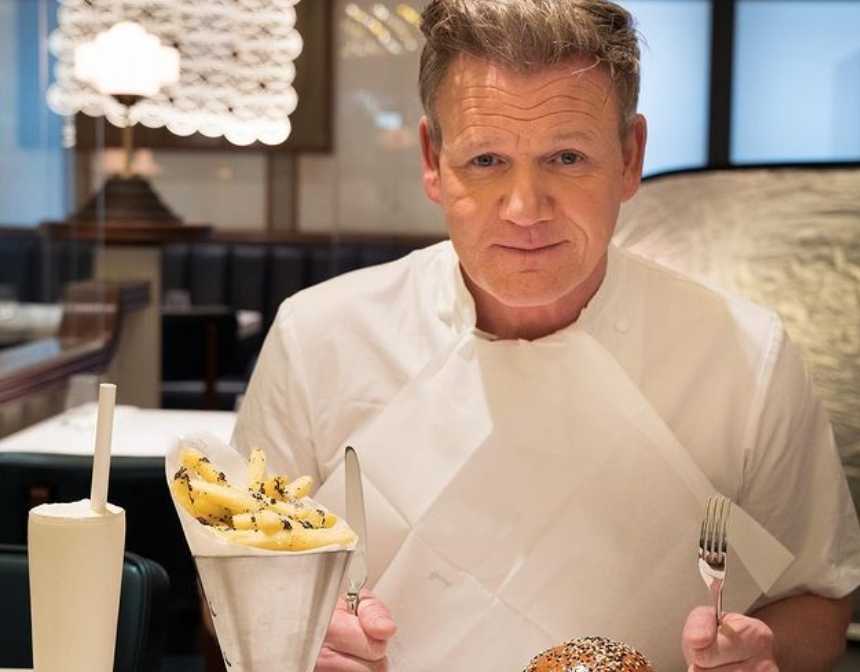 Chef Gordon Ramsay is larger than life. People might find him either intolerable or entertaining, especially for his short temper and extensive use of the F* word. The fact is, unless you've been living under a rock, you know who we're talking about, the single most famous Scottish Chef on the planet.

Chef Ramsay appears on a wide variety of TV shows, he has restaurants in at least a dozen countries around the world, he sells cookbooks and endorses kitchen appliances. Now and then, he hits the front page of magazines and newspapers, more often than not for a juicy scandal.

The short-tempered Chef is easy to love, he's a picturesque character — honest, explosive, but really talented, and such traits come together for quite a personality.

Of course, Chef Gordon Ramsay is more than a TV character; he's behind some of the most respected kitchens, many with Michelin Stars and AA Rosettes.

Gordon Ramsey is hands down one of the most successful chefs in the world. Here's all there is to know about him, from his early days to his TV appearances and his latest projects.

Gordon Ramsay was born in the Scottish town of Johnstone but grew up in Stratford-upon-Avon with his three siblings. His first job? Washing pots and pans in a local restaurant. He was 16.

At 19, Gordon enrolled at North Oxfordshire Technical College to study Hotel Management, which led him to his first job as a cook, the commis chef at the Wroxton House Hotel.

After moving to London, young Gordon Ramsay landed a job with the acclaimed but complicated Marco Pierre White at his restaurant, Harveys, where he stayed for almost three years.

Ramsay's formative years were far from over. He took an interest in French cooking, which led him to travel to France. There, he worked for some of the most prestigious Michelin-starred chefs, including Guy Savoy and Joël Robuchon.

An exciting change of events came with Gordon renouncing the agitated kitchens to become a private chef on a Caribbean yacht, allowing him to see the world in a new light. He visited Sicily, and Sardinia, before going back to London, this time to take the role of Head Chef at La Tante Claire, and later at Aubergine.

By 1998, Chef Gordon Ramsay was ready to undertake his role as a restauranteur.

Much More Than Five Minutes of Fame

Chef Ramsey is known worldwide, perhaps not for his food, but for his strong temper, and that's because he's been appearing on TV for over twenty years.

The cameras and Ramsey first met in 1998 for the documentary Boiling Point, but it wasn't until 2004 that we got to see him work his magic with the first season of Kitchen Nightmares.

In 2005, a social-conscious show, The F word, debuted on Britain's Channel 4. Kitchen Nightmares first aired in America in 2008, and a few years later, he was a judge on the US version of Master Chef.

You know you've reached international stardom when you have a guest appearance in The Simpsons, which Ramsay did in 2017, and from there. He went on showing the world the most disastrous hotels in the TV show Hotel Hell.

In June 2018, Gordon Ramsay's 24 Hours to Hell and Back aired for the first time on Fox, and together with a dozen special appearances in TV shows of all styles, today it's just hard to keep up with the hard headed but entertaining Chef.

You might have seen all of Gordon's shows, but how much do you know about his restaurants?

Chef Ramsay might be a star chef, but at the end of the day, he's all about the food. Here are all the Gordon Ramsay restaurants, his hits and misses. All worthy of a memorable visit.

After fifteen years working behind the pots and pans, Chef Ramsay opened his first restaurant, Restaurant Gordon Ramsay, in Chelsea. The year was 1998. In only three years, his undertaking gained the coveted three Michelin stars, and the rest is history.

In 1999 Chef Ramsay opened Pétrus in London, offering a classic take on French cuisine; it's been satisfying demanding customers for over twenty years. In 2001, he added the Scottish restaurant Amaryllis, in Glasgow, to his growing empire (Closed in 2004). Ramsay also managed the restaurant at the famous Claridge Hotel for twelve years.

The Aubergine, the Bread Street Kitchen and the Boxwood café soon followed, all three in London. Then it all went crazy with openings in Singapore, China, Dubai, France, Los Angeles, Tuscany and Tokyo.

Las Vegas alone owns three Gordon Ramsay Steak, but everywhere, from Prague to Versailles, from Hollywood to Hong Kong, has been kissed by the Scottish Chef's talent.

Overall, Chef Ramsay has received 22 Michelin Stars, and he's not over yet.

Are You a Non-Believer? Taste for Yourself.

If you're a Ramsay fan, there are plenty of ways of getting acquainted with his work that doesn't involve experiencing a Michelin star dinner and spending a few hundred dollars per person. Start by receiving the latest marketing information by mail.

An email? Really! Receiving a newsletter giving you news about Gordon Ramsay Restaurants Limited is an excellent opportunity to stay in touch.

You'll also get offers across the Gordon restaurants, latest happenings, events and offers. In a nutshell, news about the latest kitchen nightmares in Gordon's life.

Of course, we love Gordon Ramsay for its food, so start by browsing for his many cookbooks. Make yourself a Gordon Ramsey steak and enjoy it while binge-watching his TV shows. The Chef we hate to love makes it hard not to get captivated by his energy in and outside the kitchen.

There's more. The Gordon and Tana Ramsay Foundation helps children through the respected Great Ormond Street Hospital Children's Charity, which says a lot about the Chef and his family.

One of our favorite steak recipes. The famous chef Gordon Ramsay perhaps is the master of this delicious recipe and we recommend watching him do it before...

It's not all about fame. It's about heart-felt passion in everything Chef Ramsey does, and you can taste it in his food.

There’s no doubt Mexican food is one of the most attractive worldwide, but it’s...

The cheeses can be grouped by type of milk, fat content, texture, curd cheese processing...

The Best Breakfast Restaurants in The World

Breakfast is the most important meal of the day, not only because you need to replenish...