There are many healthy alternatives to sugar, and they’re all okay, but what are the best keto sweeteners out there? Here’s the ultimate sweetener list. 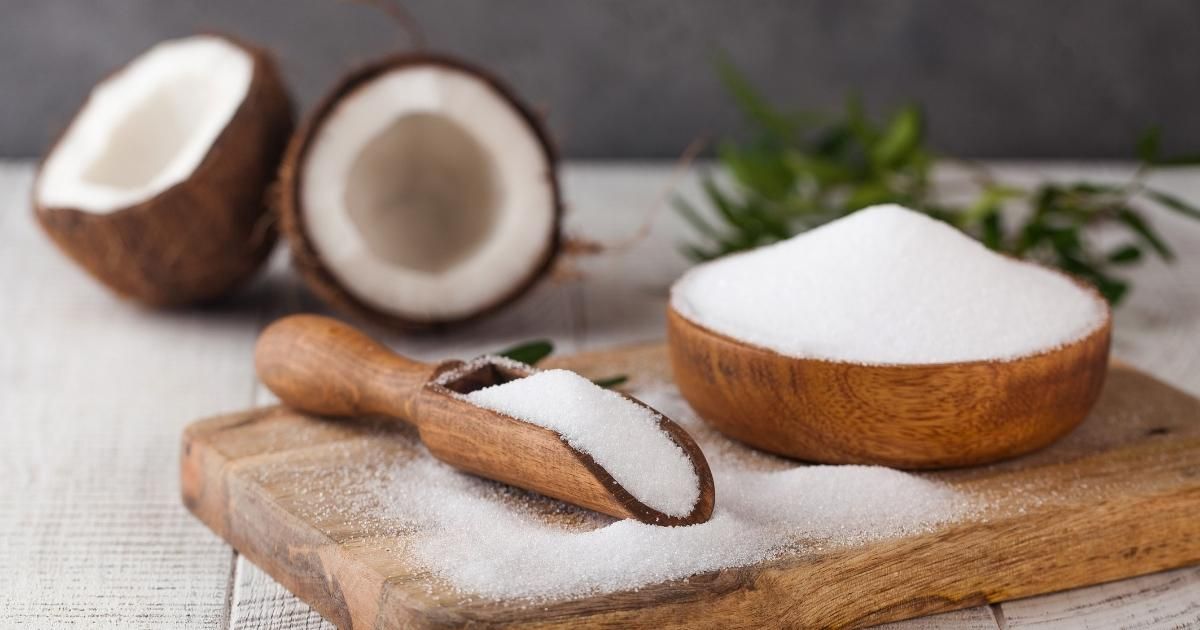 We all love sweet things, but we now know sugar might not be the healthiest ingredient out there. The good news! There are many keto-friendly sweeteners on the market.

So, what are the best keto sweeteners? We chose our favorites. Choose your own sweetener and start cooking sweet, low-calorie treats and desserts.

What Are The Different Types of Keto Sweeteners?

There are three main types of sugar substitutes: functional sweeteners or sugar alcohols, artificial sweeteners, and natural sweeteners. These are all keto-friendly sweeteners, but they’re different.

Functional sweeteners: These include polyols like sorbitol, xylitol, and erythritol. They’re all lower in calories than cane sugar, and they’re not particularly sweet.

Artificial sweeteners: These are chemically produced, and you’ll never find them in nature. The most common artificial ingredients are acesulfame, aspartame, and sucralose. Although these are FDA-approved, not everyone is convinced that they’re 100% safe.

Natural sweeteners: These are among the healthiest and safest keto sweeteners obtained from plants and fruits. Stevia and monk fruit extract are beautiful examples. These are often sweeter than sugar, so you don’t need to use them as much.

Now that we've covered the three most common types of keto sweeteners, let’s find the best sweetener for keto diets. In fact, we have five great alternatives to satisfy your sweet tooth, whether you’re making yourself a smoothie or a chocolate cake.

We’ll tell you about our favorite all-natural sweeteners, which you should use as often as possible. Still, we’re also recommending a few sugar alcohols and artificial sweeteners. At the end of the day, any sugar alternative is already healthier than regular sugar, especially if you’re into low-carb and keto diets.

These are the 5 best keto-friendly sweeteners. Have them in your pantry or pick your favorite; there’s a sweetener on this list for you. Your keto meals just got sweeter!

Stevia tops our list of keto-friendly sweeteners for a single reason — it’s a plant, and that’s healthy on our books. Stevia rebaudiana plants are native to Brazil and Paraguay, and their leaves are 100 to 300 times sweeter than cane sugar. Stevia contains basically no carbs or calories, and it has no chemicals or artificial ingredients.

Besides, stevia is heat- and PH-stable, so you can cook and bake with it. Stevia comes in powdered and liquid forms, and they both have their uses. Liquid stevia is best for sweetening beverages, and powdered stevia can substitute for sugar in dessert recipes and baking treats.

For us, stevia is the best sweetener for keto diets, but the alternatives below are just as good, just in case you don’t have stevia around.

You might know sucralose by its most common commercial name, Splenda. This is an artificial sweetener, so it’s man-made, and you won’t find it in nature. Sucralose triggers the sweetness-detecting taste buds in your tongue, but your body can’t actually digest it, so it adds no calories to your diet.

The FDA, or Food and Drug Administration, declared sucralose safe to consume, although there are a few risks and side effects associated with the chemical compound. Some people might suffer migraines or digestive issues when consuming sucralose. And there’s a slight connection between sucralose, diabetes, and obesity.

Sucralose is perfect for sweetening tea and coffee, but you can also bake with it. Of all the artificial sweeteners, this one’s amongst the most keto-friendly.

Erythritol is a popular keto-friendly sweetener and an organic compound that occurs naturally. These are known as sugar alcohols or polyols, and they are excellent sugar alternatives.

Polyols like erythritol are between 60% and 70% as sweet as sugar, but they’re noncaloric and carb-free. This is as safe as sweeteners get, and since the sweetener dissolves in water, it’s easy to use in the kitchen. Bake with it or sweeten your drinks guilt-free; erythritol can do it all.

On the downside, some people experience diarrhea, bloating, cramps, and gas after consuming the sweetener. Abusing the substance might cause digestive discomfort, but erythritol is still safe to use and is a good alternative to sugar. Few keto sweeteners are as versatile and easy to use as erythritol.

Xylitol could also be considered the best sweetener for keto; it’s another natural chemical in the sugar alcohol family. This one’s an alditol, and it’s a colorless, flavorless crystal that dissolves in water—just like sugar.

Well, xylitol is naturally found in strawberries, plums, and pumpkins. And it is amongst the best keto sweeteners, especially if you’re worried about oral health — xylitol won’t cause tooth decay.

Use xylitol as you would use sugar; it can substitute it at a 1:1 ratio. Keep in mind that xylitol, like many other sugar alcohols, can cause gas, flatulence, and digestive discomfort. Cooking with xylitol is not all that common, but it’s the typical sweetener in sugar-free chewing gum and other commercially available sweet treats.

Here’s a highlight among our favorite keto sweeteners, an all-natural alternative to sugar that will add very few calories to your diet: Monk fruit extract. The Monk fruit is a Chinese fruit that’s 250 times sweeter than sugar, meaning it can sweeten your drinks and desserts with virtually no calories or carbs. Monk fruit won’t elevate your blood sugar levels either, so it’s fantastic for anyone looking to lose weight or stay away from carbs.

Monk fruit is FDA approved, and unlike artificial sweeteners, there are no known side effects. You can cook with monk fruit as well, as it can take high heat, just like sugar. Keep in mind that sometimes monk fruit is blended with other sweeteners, so read the labels carefully.

Yacon Syrup is obtained from the tuberous roots of the yacon plant, native to South America, specifically from the Andes mountains. This sweetener is a diabetes-friendly sweetener that won’t increase your blood sugar levels.

The secret compound in this all-natural sweetener is fructans, which aren’t digested, but they’re still quite sweet. You can’t cook with the syrup, though, at least not in the oven. At 248°F (120°C), the sweetener breaks down.

Despite being around for ages, yacon syrup is a relatively new sweetener, and it might not be for everyone. Consuming the indigestible sweetener might cause digestive discomfort, diarrhea, bloating and other issues. Still, this is among the best keto sweeteners. Yacon syrup is still unknown, but the results so far are promising.

Chocolate Avocado Pudding is a vegan, low-carb, dairy-free, and gluten-free dessert that you can prepare with just a few ingredients. Make all your loved...

On a keto diet but craving something sweet? This quick and easy chocolate mousse recipe is here to help. It's the classic no-bake treat when eating low-carb...

Chaffle is not stranger to you if you are following ketogenic nutrition diet, closely following health blogs or if social media occupies the majority of...

Homemade Chocolate Sauce is prepared with just a few ingredients. This recipe, made with cocoa powder or melted chocolate, is much tastier and healthier...

Despite the global crisis, summer has come, which means that you need to enjoy every warm day and find beauty at the moment. We really want you to stay...

Check out out other posts:

How to Set a Dinner Table

Our daily activities include setting up and removing tableware. But how many times...