How To Make a Roux?

Making roux is the first step to make thick sauces, soups and stews. If you’re not using it, you’re missing out! Learn all about roux and use it! 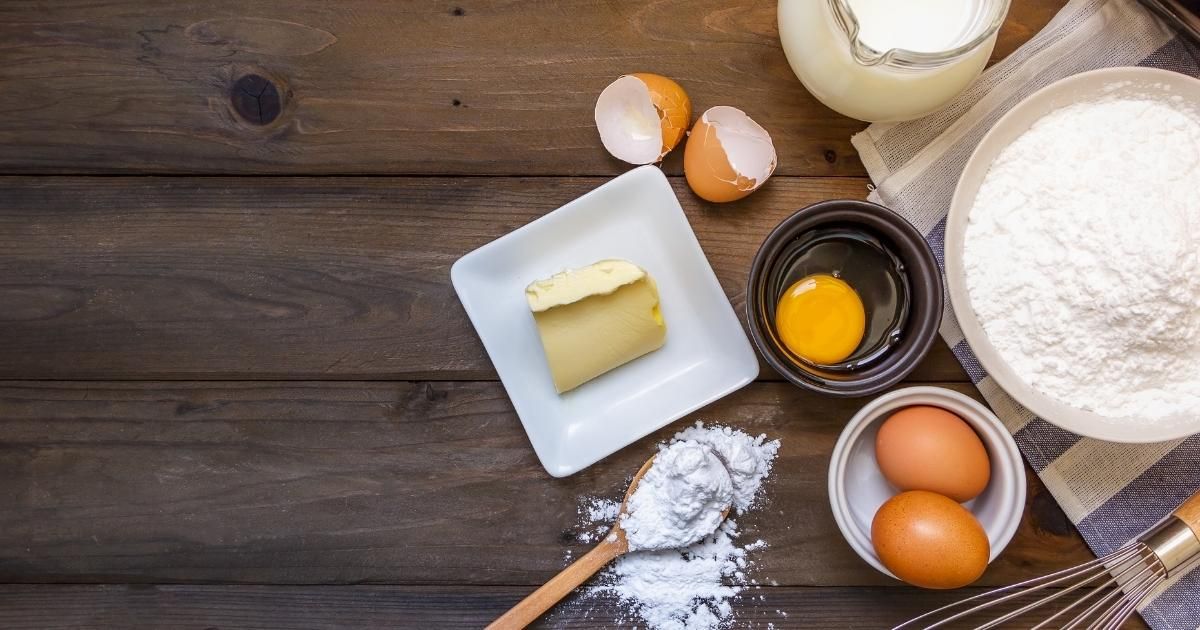 Roux is an apparently simple combination of ingredients, but it can turn any sauce, soup or broth into a restaurant-quality meal. This is French cooking at its finest, but that’s just the beginning.

Concisely, a roux is a thickener made with fat and flour, and it’s how Chefs create the foundation for more complicated concoctions. Roux is easy to make and use, so try it!

What Is a Roux?

Roux is the essential element in some of the most famous sauces. In fact, it’s present in four out of five Mother Sauces — the pinnacle of classic French cooking. The question is, what is a roux? Is there a place for it in modern cooking? And, most importantly, is roux for you? Here’s what you need to know about roux.

Roux is a combination of flour and butter. The starch and fat combination is a natural thickener that makes sauces and several dishes (not only French) smooth and silky. Generally, a roux is never consumed on its own, but it’s the starting point to making more complicated recipes, from Bechamel to Mac & Cheese.

How does a roux work? Flour, like all starches, is an excellent thickener as it expands in contact with a liquid — starch molecules expand when hydrated, making any fluid thicker.

Of course, starches tend to cluster into clumps, which can be difficult to dissolve, and that’s where the fat component in a roux comes in. By “cooking” the flour, you eliminate its raw taste and create an oily coating that prevents starch molecules from clumping, allowing you to smooth, clump-less sauces.

What Are The Types of Roux?

There are several types of roux. And although they’re all based on the same principles, they have different uses. These are the most common types of roux and how to use them.

White Roux: Also known as a light roux, this combines white, all-purpose flour and butter. The secret behind this type of roux is cooking it over a low flame briefly for no more than five minutes. This guarantees a roux with a pale golden color, ideal for white sauces, such as bechamel and velouté. Most cream- or cheese-based sauces call for a white roux.

Brown Roux: You can achieve this type of roux by cooking the same ingredients described above for longer. The flour and butter start to brown, resulting in a darker roux with more intense smoky and nutty scents. This type of roux is ideal for cooking brown sauces and gravies.

Blond Roux: A type of roux right in between white and brown roux. It has a golden color, and for many cooks, offers the best of both worlds.

Cajun-style Roux: Since butter has a low smoke point (it burns quickly), cooks in the Southern United States use lard, bacon fat or vegetable oil to make their roux with similar results. Cajun roux is often dark and thick, and it’s used to make robust stews and fatty gravies.

Generally, most roux recipes call for equal amounts of flour and fat by weight. The fat is added to the saucepan first, and the flour is cooked in the butter, lard or other fat to the desired color.

Working fast is critical here, and so is stirring, since the ingredients in the roux can burn quickly. Once the roux is on point, cooks can add other components, such as heavy cream, stock or broth. Sautéing aromatic vegetables (such as Mirepoix and sofrito) in roux is not uncommon, but one must ensure the roux doesn’t burn before the vegetables are adequately cooked.

If the roux is not cooked through, the food might have the characteristic flavor of raw flour. Most of the time, though, the floury taste is undetectable in the finished dish. It’s also worth mentioning there are alternatives for wheat flour as well. Using cornstarch is typical in American dishes, and you require less cornstarch than flour to achieve similar thickness.

How To Use Roux?

If you’re ready to add roux to your cooking repertoire, find a recipe that calls for it. Fettuccine alfredo, mac & cheese, gumbo, lasagna, and basically any dish with a creamy sauce can benefit from the natural thickening properties of roux.

How to know what type of roux to make? Generally, white sauces are made with white and blond roux, while brown sauces, from the famous espagnole sauce to a drip gravy, are best made with a dark roux.

Roux is not an ingredient to make ahead, though, and you won’t find it on the shelves — it’s a spontaneous thing, and that’s the beauty of it. Have flour and butter or your preferred fat in hand and start your every creamy sauce with it.

Some people believe adding flour and water to a finished sauce produces the same results as using a roux, but that’s not the case at all. The so-called Cowboy roux might thicken your sauce a bit, but nothing compares with the consistency of a sauce you create from scratch, starting with a proper roux.

Did you know roux was not created in the 17-century by classical French cooks, but during the Middle Ages, probably somewhere else in Europe? That’s several centuries before the alleged invention of the thickener!

Roux, The Thickener We All Needed

Making roux is scary at first, but once you get used to it, you’ll want to start all your sauces with it. No more runny sauces and soups, only deliciously creamy dishes of restaurant quality.

We can all thank the combination of flour and butter for some of the tastiest dishes in France and elsewhere, and we can also make roux part of our cooking. As long as you keep an eye on that saucepan, you’ll be all right. Make roux part of your life and be part of roux’s history!

It is one of the important sauces of French cuisine.

Veloute sauce is perhaps the simplest of all of the French mother sauces, but it is certainly still perfectly flavorful and decadent. It works best as...

Espagnole sauce is also known as brown sauce and is considered to be extremely culturally important in a number of ways. It’s more than just a gravy...

Mac and Cheese with Peanuts

Pasta is loved globally, ranging from student dorms to upscale restaurants. It is a popular food, which has different recipes in different geographies,...

Chicken fettuccine alfredo is a dish that has been satisfying Italian food lovers for over 100 years. The honest truth is that what is not to love about...

Spinach lasagna, which is a vegetarian recipe that will appeal to everyone's taste with its melted cheese and garlic spinach. With its rich cheese and...

What Is Fine Dining?