Mother Sauces Every Cook Should Know

Mother sauces can be really great to know in the kitchen - they’ll speed up your cooking methods and allow you to learn more about the ingredients you’re using. 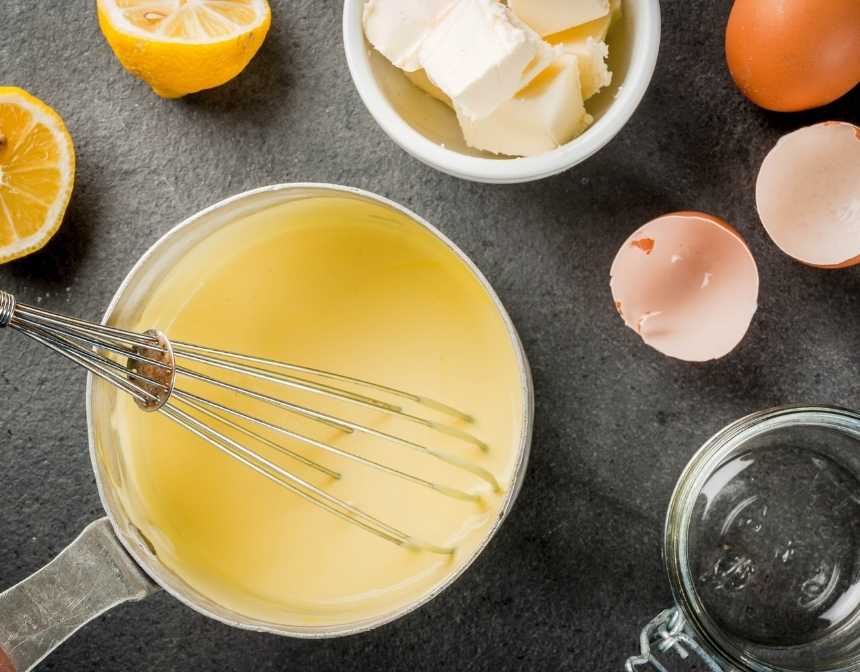 Whether you’ve been cooking for a long time or you’re only just starting out, it’s worth making sure you know your stuff about mother sauces, daughter sauces, and everything in between. In this article, we’re going to break down a few truths, a few myths, and get to the bottom of things.

The first mother sauce on our list espagnole, from which a number of different sauces can be made. Most famously, perhaps, is demi-glace. This is a rich brown sauce from french cuisine that is typically made with brown stock and espagnole, and then finished with sherry wine. This sauce is a wonderful accompaniment to meat and is adored the world over.

The next mother sauce on our list is veloute sauce, which is perhaps the least well-known of all of the mother sauces. The most popular sauce made from veloute is allemande sauce or sauce Parisienne. This is made up of veloute which has been thickened with egg yolks and heavy cream, before being seasoned with lemon. This is a very light and creamy sauce typically served with chicken.

The next mother sauce is bechamel sauce, which is almost certainly the most well-known. It is made and used in kitchens the world over as part of many different cuisines. A great daughter sauce of bechamel is the mornay sauce, which is simply bechamel with cheese added.

Different recipes call for different cheeses, but we love a rich, strong, sharp cheddar. This sauce is typically used to make macaroni and cheese, in which case cheddar is the most common cheese.

Tomate is a wonderful mother sauce that is appreciated for its uniqueness in the face of the other mother sauces, all of which are quite similar. Tomate is often used to make a bolognese sauce, which is quite different traditionally than what you might be picturing. A contemporary bolognese sauce is often simply any tomato sauce to which minced meat has been added.

Traditionally, however, the sauce is made up of a soffritto of onion, celery, carrot, beef, and pork. White wine, milk, and a small number of tomatoes or tomato paste are added, leading to a rich sauce that is simmered at great length. After a long simmer, the sauce is very thick and rich - typically served with pasta.

The final mother sauce is hollandaise. This mother sauce, in spite of the confusion about it, is delicious and used in a wealth of dishes. A very popular daughter sauce of hollandaise is remoulade, which is very similar to tartar sauce.

It is often much more yellow in color than tartar sauce, and sometimes it is flavored with curry, chopped pickles, or piccalilli. Nowadays this sauce is served most commonly alongside fish dishes, where it can provide some brightness ideal for a rich fish meal.

What are the daughter sauces?

There are a huge number of different daughter sauces out there, make no mistake. To be entirely truthful we’d have to list nearly every sauce that’s out there, though no-one would want to read that. Instead, we’re going to mention one or two of the most popular daughter sauces, and talk about what makes them great.

Why is mayonnaise not a mother sauce?

Well, it’s a special case. Mother sauces were semi-formalized in a book called Le Guide Culinaire, by Auguste Escoffier. In the original french printing of the book, Escoffier writes that he believes mayonnaise should be considered a mother sauce. He makes the case that almost all cold sauces are derived from mayonnaise, and therefore it is just as much a mother sauce as any of the other five.

What sauces are good with eggs?

Eggs are a wonderful part of the human diet, and we love them. However, they can sometimes get a little dull, but there are some sauces that are ideal for use alongside eggs, most notable: hollandaise and sriracha.

Hollandaise is a wonderful sauce for using with eggs as the flavor profile is, in so many ways, everything that an egg is not. It is exceptionally bright and light, providing a unique and brand new depth of flavor to a number of egg dishes, whether you’re having eggs at breakfast, lunch, or dinner.

Hollandaise is most commonly seen on poached eggs, as part of an eggs-benedict breakfast dish. It’s a classic breakfast that is certainly worth trying on a morning that you’re hoping to be fancy on.

Sriracha may come as a bit of shock as an addition to this list, and we completely understand why: the condiment is certainly a long way from the traditional French mother sauces. However, it’s so good on eggs that it definitely deserves a mention here. The sauce is exceedingly spicy, acidic, and garlic-heavy. This unique flavor set leads you to a wonderful taste sensation when paired with eggs - we can’t recommend it enough.

Is hollandaise sauce bad for you?

Here are some sauce recipes

You can use this sauce in your vegetable and meat dishes. It is also one of the best sauces for salsas and pastas.

It is one of the important sauces of French cuisine.

This sauce is commonly used on eggs benedict, as well as some vegetables such as asparagus. It is delicious and creamy. You can freeze this sauce for later...

A sauce with a flavor that will make any meal out of the ordinary, Red Wine Gravy! This delicious sauce, which you can use in many recipes from meat dishes...

Especially on Thanksgiving Days, the combination of turkey and gravy sauce is also looking forward. You can enchant the whole family with this flavor combination....

Veloute sauce is perhaps the simplest of all of the French mother sauces, but it is certainly still perfectly flavorful and decadent. It works best as...

The Best Croissants in The World

Croissants are the most celebrated pastries renowned all over the globe. These yeasted...

Chips are savory or sweet snacks. Did you know that you can make healthy chips, although...