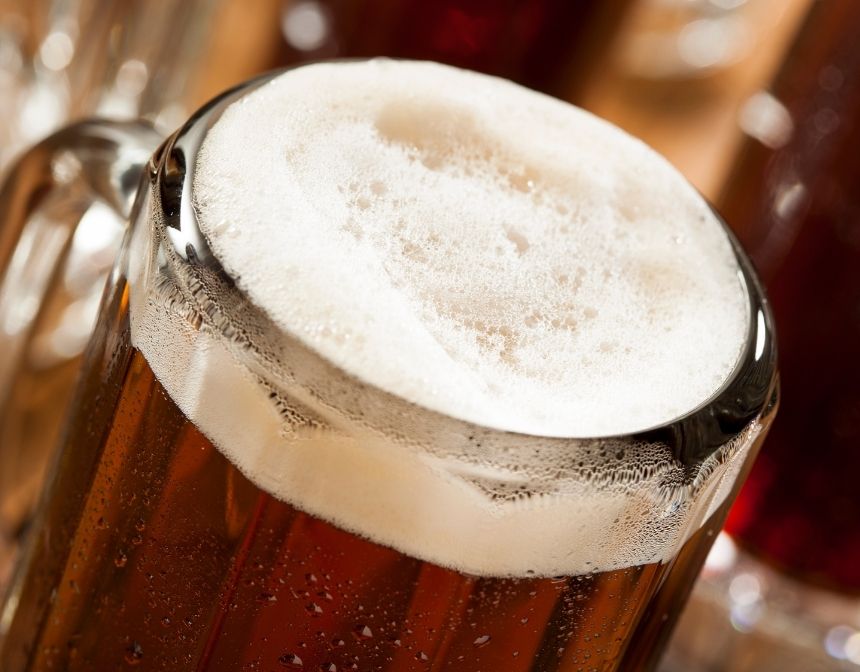 Root beer is coming back to the mainstream, and it’s gaining popularity fast. The refreshing drink is unique in the world of beverages; why? It’s just easy to love.

What Are The Best Root Beer Brands?

Root beer is undoubtedly an odd drink. It’s made with the root bark of sassafras trees, and it’s a specialty of North America. To understand it, you have to try it!

And although all root beers are special in a way, some are on another level. Here are our favorite root beers in no particular order; these are some of the most compelling examples of a century-old drink that’s coming back in full force. Root beer is back! And it’s better than ever!

The IBC is not only amongst the finest but also one of the oldest root beers! It’s been around since 1919. What makes IBC root beer special is its peppery taste and not-so-sweet flavor. Some root beers are cloying, but this one definitely isn’t. This one is more of an old-fashioned root beer, and that’s why so many people love it!

Complex and refreshing, this one set’s the bar high for the category. And there’s a diet version as well in case you want to skip on all those carbs.

This might sound crazy, but one of our favorite root beers is the ‘generic’ brand from Safeway, Refreshe. Sure, this one is not the most interesting, and it might not have the most exciting story, but you know what? It’s delicious!

Refreshe is on the sweet side, and it’s beautifully fizzy. Let’s just say you can drink a few of these without getting tired of root beer’s unique flavor. And there’s more; this one is also quite affordable and readily available, and that’s important as well!

Here’s another old-fashioned root beer that has been around since forever. Dad’s root beer has tons of fans, and they’re not all boomers. In fact, the pure flavor and clear profile of this root beer make it a favorite of connoisseurs around the country.

Perhaps the best thing about Dad’s is its thick consistency, almost syrupy, and its hints of vanilla and licorice. This is also one of the few root beers on the market sweetened with pure cane sugar and not the nasty corn syrup.

This exciting brand goes back to the 1950s, and it’s supposedly made with spring water coming from the authentic Sioux territory.

This beauty is also sweetened with cane sugar, so it’s tastier — let’s just say it’s not cloying. Sioux City Root Beer has a unique vanilla-scented aftertaste that makes it quite charming, and the palate is rich and bold; there’s nothing like it! Sioux City Root beer has lots of fans, but you’ll have to try it and judge it yourself.

If you’ve tried the more commercial A&W root beer, one of the largest brands in the category, you kind of already know what to expect from Hires. A good-old root beer, nothing more and nothing else.

In fact, A&W purchased Hires some time ago, but the products are still different. Did you know Hires is one of the original modern root beers in the market? It was created by pharmacist Charles Hires, who also coined the term root ‘beer.’

This one is not as easy to find as others on the list — it’s made in Australia, but the brand has a global reach. You’ll spot a bottle of Bundaberg instantly; it looks like an old medicine bottle.

What truly stands out about this root beer is its creamy and syrupy mouthfeel. They brew it for three days, and that makes all the difference. Who knew you could make such a great root beer outside the US?

Dang is an old-timer, it’s been around since 1964, and it’s one of the most popular root beers in the Midwest.

What makes Dang special is its unique butterscotch flavor, achieved by blending molasses, vanilla and brown sugar along with the typical ingredients in root beer. This one is creamy and sweet, and you’ll find it in a wide range of versions, including one with no added sugar. Dang is amongst the mildest and friendliest root beers out there.

Virgil’s is a newcomer; it was developed in 1994, but it has gained recognition fast. This one is one of the spiciest and most sophisticated root beers on the market; it’s made with a secret recipe, including fifteen roots and spices.

Sweetened with cane sugar and flavored with authentic vanilla from Madagascar, this root beer is genuinely fancy. And although the original version is pretty sweet, they do have a zero-sugar version, so enjoy it guilt-free. This is one of the best-handcrafted root beers in the country.

Oak Creek root beers are what you would call craft root beer; they’re made artisanally in small batches. Every batch is barrel-aged for at least a year!

And what’s most exciting about this gorgeous root beer is the company’s blond version. Instead of the traditional dark amber color, this one is light and fizzy, just like regular beer or cider. As for the aromas, expect sweet brown spices reminiscent of pumpkin pie or banana bread, but better.

This doesn’t mean this one is not tasty. On the contrary, it’s crowd-pleasing. And although other brands are more historical, and artisanal, there’s nothing like an uncomplicated root beer you can find in every store. That’s convenient, and we’re giving Barq’s a few points for that.

Found in 1985 by Randy Sprecher, Sprecher Brewing Co. is the oldest Craft Brewery in Milwaukee. It is one of the rare breweries in the United States that still uses a unique fire-brewing process that gives the beers a big bold flavor.

Check out our other posts about drinks:

If you’re anything like us, there’s every chance that you do everything you can...

Not everyone can cook seafood and turn it into edible masterpieces, well the best...

Tempeh is a specialty from Southeast Asia, particularly from the island of Java,...

Trying to find what to watch with dinner? Here are some suggestions.

Venom: Let There Be Carnage