How To Cook Ground Beef - Making It Simple

Ground beef is perhaps the most commonly used ingredient in a huge portion of households across the world. How best can you use it for dinner? 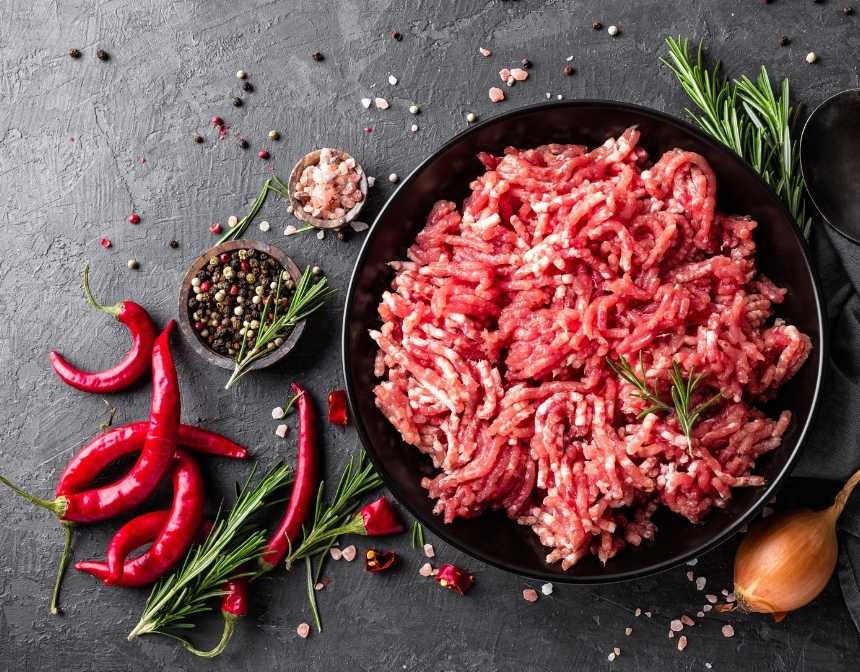 Using ground beef in your kitchen can be a little tricky. While we all have tips and tricks that we were taught by friends and family over the years, the ingredient can still be tough to master in some circumstances! Well, in this article we’re going to give you the lowdown on how best to cook with ground beef.

How do you cook ground beef?

Cooking ground beef properly is a vital first step in any number of recipes. Generally speaking, if a recipe has ground beef in it, the beef must be cooked before any other ingredients.

The trick to cooking ground beef well is to not move it around too much in the pan. Doing this helps to create a crust upon the meat, which is a delicious addition to any meal. Saute your beef in olive oil or any other neutral oil, stirring to combine everything before roughly flattening out the beef. Allow a crust to form on the base of the burger-like beef, and then break it up to finish cooking completely.

Most importantly, always season your ground beef with salt and pepper while it’s cooking! The beef will absorb flavors very well, and this will be important for flavor later on.

Is mince the same as ground beef?

Like a huge number of people out there, we always believed that these were the same thing. Upon looking into it, however, we discovered that they aren’t the same even though they have the same main ingredient.

Beef mince is typically just beef that has been minced to a recognizable consistency and then sold in a package.

On the other hand, ground beef is beef mince which contains less meat, and more water and soya. This processing is what makes ground beef, rather than any kind of step along the way. This means that ground beef is often cheaper for the same amount, as cheap ingredients can be used to bulk it up.

What part of the cow is ground beef?

The workhorse that is ground beef is a great protein, and we all know that it’s made from the meat of cows. However, which part of the cow is the meat typically made from? Astute carnivores may be aware that different cuts of beef may have slightly different textures and flavors, which means that the answer to this question is certainly one worth knowing.

Aside from being labeled with the lean-to-fat ratio, most packages of ground beef will also be labeled with which part of the cow the meat came from. Generally speaking, ground beef is made up of meat gleaned and ground from the trimmings of other, larger cuts of beef. This means that the meat you’re eating can be a mixture of different textures, but you likely won’t know as the pieces are so physically small.

Commonly the trimmings that make up ground beef are taken from chuck, sirloin, round, and brisket. It’s worth saying, though, that these cuts aren’t necessarily the only places your ground beef could come from. The trimmings of meat can come from any part of the cow, and then be ground into ground beef.

There are different ways to cook all of these types of beef, from sirloin often being cooked on the stovetop as a steak to brisket being slowly baked in the oven. This is done as brisket is naturally tougher meat, meaning that cooking it slowly will make the texture more desirable when it is served.

What meat is best for ground beef?

Well, that question leads on to what you’ll be using the beef for.

If you’re going to be using beef for burgers, then you’ll want to use ground beef which has an ideal lean to fat ratio. The adage ‘fat is flavor’ is a common one in kitchens across the world and, fundamentally, it’s true. In a situation in which you’re going to be making beef burgers which will be eaten, pretty much, on their own, then the flavor of the beef is very important.

A high-fat content will therefore mean that the beef is tastier, ideal for burgers where you can really taste the meat itself. A great high-fat content beef for ground beef burgers is sirloin, though this can be pricey.

On the other hand, you may want to use another cut of beef for a meal in which the beef is only a supplementary flavor and texture. For example, a spaghetti bolognese is cooked for a long time due to the number of tomatoes and herbs present in the sauce. This means that the beef isn’t in the driving seat. Therefore, you may choose to use ground beef made from chuck, which has a relatively low-fat content.

It’s also worth pointing out that if you’re grinding your own meat with a number of herbs, you may not taste the beef in the end product. Therefore, consider using cheaper meat which may have a lower fat content.

If you do end up grinding your own meat, consider grinding it twice. This may sound a little strange, but it tastes wonderful! If you grind your meat before cooking, and then again after it has been cooked, you can lead to a meal with a deeply unique texture almost entirely unlike anything else you’ve had before. Give it a go for the next meal you’re having in which you’d prefer your pieces of ground beef to not be too large.

As with a lot of ingredients, yes and no.

On the positive side, ground beef is almost unparalleled in terms of the amount of protein that it has within it. It also boasts a huge amount of iron, vitamin B12, and six other essential nutrients! All those facts combined with the fact that it is so easy to cook with and extremely versatile means that it’s a favorite around the world.

As well as that, ground beef also has a fairly impressive soya content within it. Soya has a whole host of health benefits, from being low in fat to help to reduce cholesterol levels.

On the negative side, the beef itself is particularly high in fat. For example, sirloin cuts have a fat percentage in the nineties! This is a really high number, meaning that the meat is intensely calorific if eaten in excess.

A lot of recipes on the internet actually recommend replacing ground beef with ground turkey occasionally. The flavor is similar, and ground turkey is actually a lot more healthy for you on a number of fronts.

As with the majority of ingredients, ground beef is healthy if it is eaten in moderation - making sure to eat a balanced diet is the most important thing.

Here are some delicious recipes with ground beef

Heat the butter and olive oil. Put the ground beef and saute. Stir it after adding tomato paste.Chop the capia pepper and add to the pot. Add water, salt,...

Asian cuisine, known as a very rich cuisine that hosts different tastes. One of these tastes is white cabbage with ground beef. This recipe, which combines...

One of the most delicious dishes of Gaziantep cuisine. This kebab, which is consumed more in summer, will fascinate you when done correctly.

It is indispensable for barbecue parties. You should prefer half-fat ground beef.

It is a dish obtained by turning the cracked wheat of Arabic cuisine into dough. You can consume by boiling or frying. Be careful not to let the meatball...

While we are pursuing anti-aging creams, unfortunately we do not consume the natural...

One of the most important causes of food poisoning is wrong food preservation. If...

Sushi is one of the most popular foods worldwide and a worthy ambassador for Japanese...

Turkish Coffee is one of the oldest methods of coffee preparation and brewing from...

10 Foods That Will Help with Low Potassium

Potassium, the eighth element with the highest rate of presence in the human body,...