Spinach Benefits And How To Cook Spinach?

Spinach is an authentic superfood, but how good is it, really? Learn all about spinach’s benefits, nutrition, flavor, storage and how to cook with it. 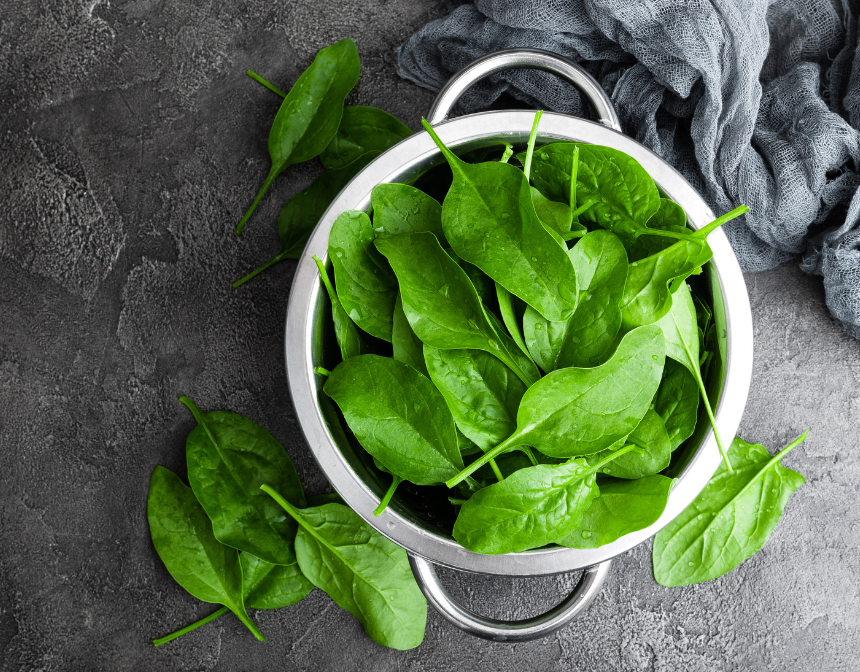 Spinach is super healthy; we all know that. But how healthy is it? And why is it good for you? More importantly, how should you source, store and cook spinach for a lovely meal? This is your guide to spinach.

Is Spinach Good for You?

In a nutshell? Yes, spinach is great for you, but you might not know how much or why. And more importantly, how to add spinach to your diet and love it every time? Here’s all you need to know, starting with what spinach is.

Spinach is a member of the leafy green family, and let’s start by saying it’s as healthy as some of its relatives, including kale, broccoli, brussels sprouts and Swiss chard. So, eat your veggies!

Spinach is native to Asia, most probably from what was once Persia, but today it’s grown worldwide — why? Because it’s not only nutritious but also delicious if you know what you’re doing.

Spinach is an extraordinary source of vitamins and minerals and adds little to no calories to your diet, making it an authentic superfood.

Nutrition and Benefits of Spinach

Spinach is made of 91% water, and the rest is protein and carbs, mainly as insoluble fiber. Fiber is critical for your health, especially the insoluble kind, as it cleanses your digestive system on its way out, reducing the risk of constipation.

In the vitamin department, spinach is a fantastic source for Vitamin C, B1 and K. All essential for your eye health and for having adequate blood clotting.

You might know spinach has lots of iron as well, which is vital for blood cell creation, and it also has calcium, which is good for your bones and teeth. Last but not least, spinach has excellent levels of antioxidants, which keep inflammation-causing free radicals at bay, preventing many illnesses and conditions.

So, let’s imagine you’ve never tasted spinach before — perhaps you haven’t! Let us tell you spinach is not the tastiest food on the planet, at least the first thing you try it.

Spinach has a nice leafy taste and a persistent but pleasant bitterness. It’s the bitterness that is unappealing for some people, but it’s pretty nice once you get used to it. It awakens your taste buds, making the other food on the plate taste sweeter.

Another thing people dislike about spinach is its texture. Canned spinach is soggy and pulpy, which is not nice. Still, you can enjoy spinach raw, and it has a lovely crunch, and if you cook it ever so slightly, it keeps that snappy texture. If you don’t like spinach, that’s probably because you’re overcooking it.

How to Use Spinach?

Talking about cooking spinach, the first thing you should try is enjoying it as-is, raw in its natural form. Spinach is a fantastic addition to any salad. Again, its bitterness makes the rest of the ingredients taste sweeter and nicer overall. Spinach is a contrasting ingredient and works best when paired with other ingredients like shredded carrots that are naturally sweet.

When making a salad, avoid adding too many bitter ingredients. Either use spinach, kale or arugula, but not all three. The secret here is balance!

Use spinach as a contrasting ingredient, almost as a seasoning. It will make your food taste brighter, even if the spinach itself is a bit vegetal and bitter. The truth is there’s nothing wrong with embracing a little bitterness in your cooking!

How to Cook Spinach?

You can also cook spinach, and one of its tastiest expressions is a creamy spinach soup. You can also add spinach to any other soup or stew for added nutrition, color and flavor. Just make sure you add it in the last few minutes to prevent it from going overly soggy.

Spinach is awesome when steamed as well. Just cook it and season it with a pinch of salt and a squirt of lemon juice. It’s a fabulous side dish and a tasty way of making your family eat more veggies.

Finally, you can add spinach to omelette, muffins, quiche and savory pies. The leafy green definitely has a place on the breakfast table.

How to Store Spinach?

Sourcing spinach is easy nowadays, you can just buy a bag of ready-to-eat spinach in the supermarket, and it’s almost always fresh. You can also get yours at your local farmers’ market. In this case, avoid wilted leaves, yellow spinach or leaves with dark spots in them.

Once you have bought some spinach, you can store it in a Ziplock bag in the fridge for between five and seven days. Don’t wash the spinach before storing, or the excess humidity will ruin it; instead, keep it as-is and wash it before using.

Also, you can freeze spinach indefinitely, and you can portion it first always to have a fistful of spinach ready to go. How’s that for convenient?

What Is Spinach Tea?

Here’s a final thought. Spinach tea is gaining popularity, but does it really work? As with any plant and edible flower, you can make an infusion with spinach by steeping it in hot water.

The water will leach some of the spinach’s nutrients, and you can then drink them. The problem is that you’re missing out on the fiber since it’s insoluble. You’re also only getting a small portion of antioxidants, vitamins and minerals in the leafy green.

If you want to make the most out of spinach benefits, start cooking with it! There are plenty of healthier and tastier teas out there to complement your meal.

Make spinach part of your life. Start by adding it to your grocery list, and make sure you store it properly, including a few bags in the freezer for later use.

Now that you have spinach readily available, start cooking with it! Make a soup, top chicken with it, add it to your stews and broth, or just serve it as a side dish. The best part about spinach is that it’s more versatile than you think. And once you fall in love with its taste, you won’t be able to stop adding it to everything!

It is very easy to cook eggs in pouch. You can opt in for a healthy and delicious breakfast at home.

Vegetable soups are those that are frequently preferred by people who eat healthy and regular food. Besides its flavor, its high nutritional value plays...

In a food processor, combine the chichpeas, spinach,garlic, lemon juice and zest, and tahini. Process on low for 1 minute to combine the ingredients.With...

If you're working hard or need something to give energy during the day, the Banana Spinach Smoothie can be a great choice. This easy-to-prepare recipe...

You should try spinach which is full of vitamins and minerals with bechamel sauce. It would be the right choice for dinner.

How to Melt Bain Marie Chocolate?

When melting a bar of dark chocolate, always cut the chocolate as thinly as possible...

Christmas dinner is certainly one of the most anticipated meals of the year, and,...

How to Make Healthy Fruit Chips?

What about fruit and vegetable chips that you can eat as a healthy snack? You can...

Bread is undoubtedly the most important part of the tables all over the world. Its...

The different types of culinary herbs are easy to use in the kitchen, and they can...