A Low-Carb Meal Plan to Improve Your Health

Low-carb diets are fantastic ways to keep fit and healthy - we’ve got some great tips and tricks, along with a meal plan to help you out. 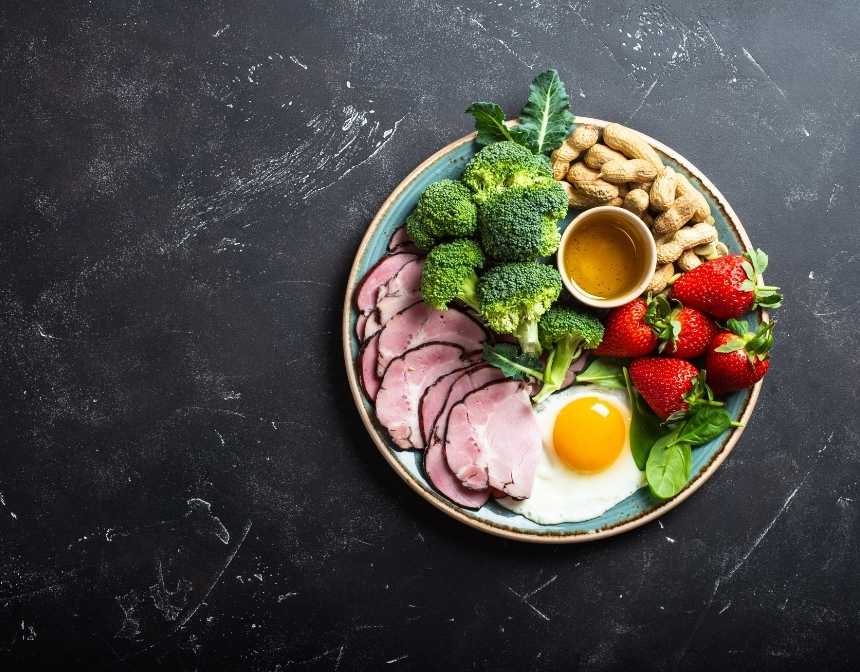 We love to eat, which is one of the reasons that diets can be really difficult. However, we’ve realized that a great way to enjoy a diet is to cook as best you can within some constraints. This is the idea that we’ve brought to our low-carb meal plan - cooking great food in spite of the constraints on carbohydrates.

What is a Good Low Carb Meal Plan?

Well, you can take a look at the bottom of our article to see what an example low-carb meal plan can look like.

More generally, though, there are a few things that you should bear in mind. Of course, a low-carb diet means cutting a low of carbohydrates out of your diet. This includes rice, pasta, and potatoes, to name just a few. This will cut down on calories, allowing you to lose weight quickly.

When doing a low-carb diet, it’s always worth avoiding excess fats too. While they aren’t carbs, keeping the overall fat content of meals low will mean that you’re cutting down on your overall calorie intake, which is certainly a good thing during a diet.

Can You Lose Weight Just by Eating Low Carb?

You can lose weight just by eating low-carb. The reason for this is the within the human body, carbohydrates have a very specific role. This role is to capture and store water so that your body can use it at a later date. Therefore, if you cut down on your carb intake, you will be immediately cut down on the water weight in your body.

This has knock-on effects on your metabolism and body weight, and that is the phase in which you lose fat. Burning fat is the most valuable part of the weight loss process, as that is where the majority of the weight in a human body is.

Having a low-carb diet may actually have accidental weight loss effects too. For example, if you regularly eat potatoes that have been cooked with a lot of fat, then cutting out those carbs will greatly reduce your overall calorie intake. In this way, the broad stroke of ‘remove carbohydrates’ has a lot of impressive benefits.

What is The Number 1 Worst Carb?

Well, this one is a bit surprising. We were honestly expecting the worst carb that you can have on a low-carb diet, instead, it’s a drink!

According to Eat This, Not That, rich coffees are often the worst carb to eat. Really, it’s the fatty and caloric additives that are added to coffee at a number of chains. A lot of chains have a drink or two that have the same calorie and carb profile as a dessert! Some of the worst ones can easily reach four hundred calories and sixty to eighty carbs per serving. Therefore, avoid them!

To replace them, try experimenting with black coffee that’s been made with tasty blends of coffee beans. You can even add a small splash of milk if black coffee sounds a little too intense for your tastes.

What Carbs Should I Avoid to Lose Belly Fat?

There are a huge amount of carbs out there, but there are three big ones that you should avoid to cut down on belly fat: bagels, acai bowls, and preserves.

In order to offset the calories that a bagel possesses, you’d need to go for a two to three-hour-long run! Even before you may have added butter or cream cheese, a bagel can have up to three hundred calories, and fifty grams of carbs! This makes an average bagel (topped with cream cheese or something similar) far more calorific and carborific than even a serving of white-flour pasta!

Acai bowls and similar things can be considered particularly dangerous on a low-carb diet. The problem with acai bowls and smoothies is that you’re compressing a lot of fruit down to a small volume so that you can ingest it more quickly. For example, would you eat a punnet of strawberries, a banana, and an apple all in one go? Probably not. However, it’s likely that you would drink a smoothie full of that in one go.

Jams, preserves, and jellies. These are some classic spreads that may, at first glance, look fairly innocent. However, this couldn’t be further from the truth. It’s the same problem as with acai bowls, only made worse: preserves and the like are made up of a lot of fruit that has been compressed, plus a lot of sugar and fruit juices. Just one tablespoon of an average grape jelly can include 13 grams of carbs!

Turkish cuisine is where interesting pairs come together. When you hear it for the first time, strange combinations can turn into extraordinary flavors...

Boil the chickens in a large saucepan with a little salt and boil for 15 minutes with the saucepan closed. Let it rest for 10 minutes after being boiled.Squeeze...

In a medium bowl, whisk together the eggs, milk, chives, parsley, and tarragon. Season with salt and pepper.Melt the butter in a medium non-stick skillet...

A complete protein source would be a great choice for those who do sports. Easy to make, nutritious and satisfying. You should try this omelette.

A delicious and easy to make breakfast dish. It has lots of protein, and great for sports enthusiasts.

The right recipe for those who want healthy snacks during the day. A delicious and practical smoothie experience that gives you a feeling of freshness.

Avocado Smoothie is a nutritious and delicious drink prepared with just a few ingredients. This refreshing green smoothie is a healthy and practical recipe....

How to Make Natural Food Coloring

We’ve all had a fair number of different adventures using food coloring, that’s...

Ramadan is a period of worship to demonstrate spiritual thinking, gratitude, solidarity,...