Have you tried these 10 traditional Korean dishes? It is one of the trending cuisines with its variety. 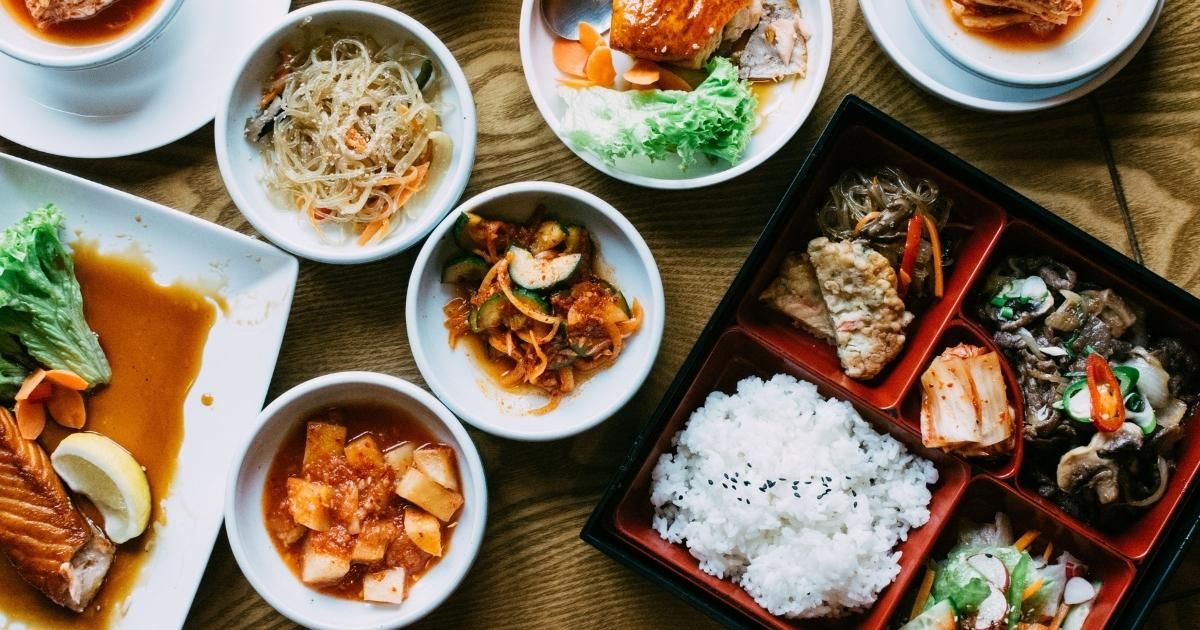 Korean food is insanely popular right now, and it's because the world is just discovering the country's varied flavors, colorful meals and spicy traditional food.

Here are ten Korean food items and meals to open your eyes to a world of flavor. Korean food is varied, and it's crowd-pleasing and delicious.

What Is Traditional Korean Food?

Everything about Korea has gone mainstream, and that includes the country's great food.

Korean food is interesting, to say the least. Many dishes and specialties are oddly familiar, while others are entirely unique. There’s no doubt that the Asian cuisine is varied, and there seems to be something for every palate. Here are ten traditional Korean foods to try. From starters and side dishes to dessert, this is what Korean food tastes like.

Kimchi is the famous Korean fermented cabbage. Traditionally, people chop cabbage, toss it with seasonings and a somewhat spicy sauce and let it rest for bacteria to do its thing. No, kimchi hasn’t gone bad — on the contrary, lactic fermentation turns it into a pickled veggie!

Tangy, spicy and rich in umami flavors, kimchi is irresistible, and it’s compatible with a wide range of flavors. It’s no surprise no Korean table is complete without a bowl of kimchi, whether homemade or store-bought.

Bulgogi is a catch-all term for the smoky Korean barbecue, in which thin slices of beef are quickly cooked over an open flame. Koreans love their meat, and this is no ordinary barbecue. The meat is often marinated and seasoned handsomely and served with at least half a dozen sauces and condiments.

Garlicky, smoky and meaty, bulgogi is a meal you don’t want to pass out on — especially for the spicy gochujang chili pepper paste that gives life to the grilled meat!

Koreans love to grill their food, sometimes center table. And although beef is one of the most attractive items in every grilled Korean food extravaganza, pork also has a place on the table.

Samgyeopsal is grilled pork, specifically pork belly — a pork cut with a thick fat layer that renders beautifully over an open flame. Samgyeopsal is typical Korean food that offers the same smoky flavors as beef for a better price — and it’s heavenly with a side of kimchi.

Like most other Asian countries, noodles are insanely popular in Korea, and the most popular is known as japchae. These are stir-fried glass noodles tossed with veggies and your choice of protein, often beef.

What you get in a bowl of japchae is oily noodles with tender meat, a colorful combination of veggies and the unmistakable scent of garlic. Japchae is a quick grab-and-go meal, but don’t think for a second this is not a flavorful dish — this is no instant ramen; these are noodles with character.

Also known as tteokbokki, this is one of the most exciting dishes in the Korean repertoire. We’re talking about stir-fried rice cakes, and they’re addictively spicy.

This is a great place to start if you want to know what Korean street food tastes like. The tube-shaped rice cakes can be stir-fried and tossed with sweet and savory or spicy sauces, making a lovely side dish, snack and main course. Again, gochujang sauce is the condiment for excellence for dukbokki, so expect them to be quite spicy.

After bulgogi, bibimbap must surely be the most popular Korean meal in the country and elsewhere. Bibim means mixed, and bap is the Korean term for rice. We’re talking about mixed rice here, but there’s more to this dish than you think.

Bibimbap always contains rice, which can be topped with protein, eggs and veggies. Soy sauce and spicy gochujang sauce help give color and flavor to the dish, but overall, this is a lovely composed rice dish with one delicious food over another.

Beef might be the star in Korea, but chicken is also widely consumed. One of the country’s best renditions of the yard bird is samgyetang, a chicken soup flavored with garlic, the famous ginseng and rice.

It goes without saying, people have attributed many health benefits to this chicken soup (like every culture does), and some might just be true. After all, ginseng is popular in Asian traditional medicine! You should try this dish, even if you’re not interested in food with healing properties, since this is one good chicken soup!

Grilled meat is a big deal in Korea, but there’s more than thin strips of meat. Beef ribs are incredibly popular, and they’re often served as kalbi. These are grilled, bone-in ribs, glazed with soy sauce, sugar or honey, flavored with garlic and garnished with scallions.

What you get is fork-tender beef that makes you roll back your eyes in satisfaction. When cooked right, kalbi beef ribs fall off the bone, and that’s what you want. If you’re a meat lover, try kalbi.

When talking about Korean food, you might hear the term banchan. This is not one dish but many, and it describes an incredible variety of side dishes served family-style at every Korean table.

Different types of kimchi are part of every banchan, but so are fluffy pancakes, noodles, and stir-fried veggies. Let’s just say banchan is not the main event but the supporting actor in every traditional Korean meal. Make room for a bunch of small plates because banchan is as plentiful as it is varied.

Koreans have a sweet tooth, and one of their most popular traditional sweet is the hoeddeok of sweet pancakes. You’ll also find these in street stalls, as they’re the perfect grab-and-go meal for those looking for something sugary.

Hoeddeok pancakes are made with regular flour, but they’re often sweetened with brown sugar and flavored with cinnamon powder. Of course, you can then drizzle them with honey or several other popular toppings, including nuts, for a lovely sweet treat that’s as fluffy as delicious!

There’s no doubt Korean food is more popular than ever, even if some dishes are hard to pronounce. When it comes to Korean food, there’s a meal for every occasion, and there’s no such thing as bland food.

Korean food is here to stay, and it’s gaining notoriety. Once you try Korean food, you never go back! The question is, what is your favorite Korean food? Don’t worry; you can pick more than one. All Korean food is equally enjoyable!

Tteokbokki Crispy Rice is one of the delicious street foods of Korean cuisine. Fried rice puddings and sweet-spicy gochujang sauce are that easy. It's...

Kimchi, a traditional flavor, strengthens the immune system. There are versions prepared with raw or fermented napa cabbage. Gochujang paprika paste is...

If you love both beef and Korean culture, then this Korean beef bulgogi is for you. And if you’re worried about the ingredients being hard to find, fret...

Bibimbap is one of the most popular Korean dishes. It is prepared with different vegetables and meat or eggs. This Classic Bibimbap recipe is served with...

Makgeolli is a brewed Korean rice wine. It is a popular beverage in Korean restaurants. This low-alcohol beverage is served cold in small bowls. Traditionally,...

Kimbap is a Korean dish that served as the inspiration for sushi. The kimbap dish was developed to be eaten with chopsticks which makes it easier to eat...

Root beer is coming back to the mainstream, and it’s gaining popularity fast. The...