10 Popular Types of Edible Mushrooms And Their Uses for Cooking

Mushrooms are delicious and nutritious. Here are the most popular types of edible mushrooms and their use in cooking! 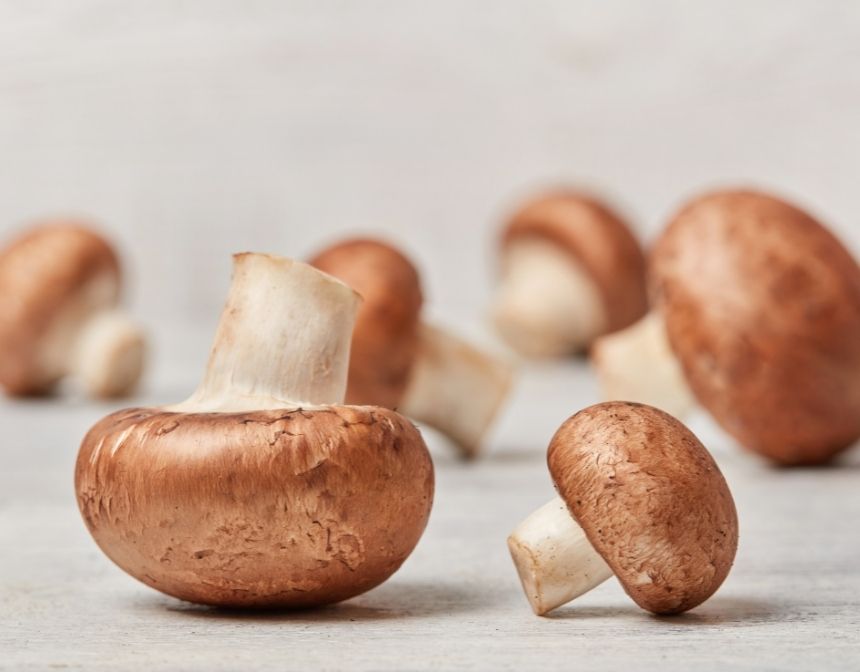 Mushrooms come in all shapes and sizes. But they’re all extraordinary examples of nature’s creativity. And although not all mushrooms are edible, many of them are. Here are the most popular and how to use them to enhance your cooking!

What Are the Types of Mushrooms?

There are dozens of edible mushrooms in every corner of the earth. As you know, these extraordinary creatures are neither plants nor animals; they’re fungi, and that makes them extra special.

Delicious, versatile and nutritious, mushrooms have many uses in the kitchen, and they always add something special to any preparation. But with so many of them out there, how to choose? Some mushrooms are perfect for stir-fries, and others make fantastic veggie burgers. Read on and meet them all!

These are the most popular edible mushrooms around the world. Have you tried them all?

The cultivated mushroom grows in both America and Europe, so it is the most used mushroom variety worldwide. Their real name is Agaricus bisporus and they are known to have a soft, earthy flavor and medium firm texture.

Creminis are relatively small, with a cap between one and two inches, and they’re recognizable for their chocolate brown color. These mushrooms have a secret, though, which we’ll reveal to you later in this article.

How To Use Cremini Mushrooms?

Creminis are fantastic for sautéing and stir-frying. They can be enjoyed whole or sliced and can be added to sauces, soups and broths.

Morels or Morchella are some of the prettiest edible mushrooms. Their cap comprises a network of ridges and pits not dissimilar to a honeycomb.

These mushrooms grow worldwide in the colder latitudes of the northern hemisphere, and they’re highly coveted; they’re collected in spring by enthusiasts who then sell them to the finest restaurants.

How To Use Morel Mushrooms?

Morels are glorious when sautéed in butter, but they’re versatile as well. You can add them to soups or serve them as a side for meat and poultry. You can also fill pasta with them.

This Asian mushroom is known for being beautiful and flavorful, and it’s even used in traditional medicine. It contributes to 25% of the world’s total mushroom consumption.

Although often sold dried, these are more coveted when fresh, and despite being now cultivated around the world, they remain a Chinese and Japanese specialty.

How To Use Shiitake Mushrooms?

Shiitake mushrooms are a critical ingredient in the Japanese miso soup and the vegetable broth called dashi — source of the tastiest ramen bowls. You can steam, simmer or sauté shiitakes with excellent results.

Known as oyster mushrooms for their flat shape and also known as tree mushrooms, these mushrooms grow on tree barks, and they’re recognizable for their thin, flat cap. Oyster mushrooms are often tender and silky, but they can be chewy if not cooked right.

How To Use Oyster Mushrooms?

The best way of cooking oyster mushrooms is to slice them into strips and stir-fry or sauté them, sometimes with other vegetables. You can then toss them with noodles or enjoy them as a side dish.

Although these mushrooms are also called oysters, they’re nothing like the one described above. This variety has a thick stem, and it’s often quite large.

Also known as King trumped, this specialty grows in the Mediterranean basin, and it’s prized for its bold, meaty flavor.

How To Use King Oyster Mushrooms?

Perhaps the prettiest edible mushrooms in the world, these mushrooms grow in bunches and are delicately thin and pearly white, mainly when cultivated. Wild varieties are more colorful and larger.

Widely used in many Asian cuisines, these mushrooms have a mild flavor and are often used as a garnish rather than a main ingredient.

How To Use Enoki Mushrooms?

Top ramen noodles with enoki or enjoy them pickled like they do in Korea. These tender, mildly flavorful mushrooms are quite enjoyable, but they’re not as meaty or umami rich as other varieties.

Remember cremini mushrooms had a secret? Well, this is it. The most consumed fungus on the planet, the famous white button mushroom, is the same variety as the cremini, but it’s harvested when young before it develops its brown cap.

These inexpensive mushrooms are versatile and mildly flavorful; we’re sure you know these very well.

How To Use White Button Mushrooms?

Sliced and used to top pizza or mix them with heavy cream for a mushroom sauce, these mushrooms are versatile and convenient; they’re not the most flavorful, though.

And if white mushrooms are under-ripe cremini, the portobello is just the opposite. If the cremini, or better said, the Agaricus bisporus, is left to grow to its mature state, it becomes this oversized, brown mushroom with a large cap.

If harvested halfway, you might find them labeled as Baby Bella, and when full-sized, they’re portobellos.

How To Use Portobello Mushrooms?

These rich mushrooms are ideal for substituting a burger patty. You can also slice them and stir-fry them for a bold vegetarian dish.

These are called Boletus edulis, and they’re amongst the most prized mushrooms in the market. Its large cap can grow up to 12-16 inches, and its stem is tube-shaped and meaty.

Porcini grows in most parts of Europe, and it’s cultivated in fall. They’re now cultivated on other continents as well.

How To Use Porcini Mushrooms?

These are ideal for flavoring risotto and pasta sauces, and since they’re intense and bold, they can be part of complex preparations — they’re widely used in haute cuisine.

The famous hen-of-the-woods, this large mushroom grows at the base of oak trees, and it’s harvested in Summer and fall. They’re big and have multiple caps, resembling a wild chicken’s feathers — this mushroom can weigh up to 100 pounds!

How To Use Maitake Mushrooms?

These mushrooms are often chopped and served in hot pots and stews. The caps can be fibrous, but the youngest ones are often tender and soft. This mushroom can give a lot of body to soups and broths.

And these are just a few of the many edible mushrooms grown around the world, and if they all have something in common, it is that they’re incredibly versatile!

From meaty, oversized mushrooms to tender and delicate species, there’s undoubtedly a mushroom for you. What are the most common mushrooms where you live? We bet they’re delicious!

Pasta, which is a food that can be made in thousands of varieties and is loved by almost everyone, has a creamy, slightly bitter and fresh vegetable flavor...

It is possible to see different recipes of chicken in the world cuisine, which has an important role in meeting the protein needs of people with its egg...

A complete protein source would be a great choice for those who do sports. Easy to make, nutritious and satisfying. You should try this omelette.

To make the best cream of mushroom soup, all you need is some extra virgin olive oil, butter, cremini and shiitake mushrooms, shallots, garlic, kosher...

If you love to cook or are interested in desserts, here's what you need to know about...