The Basic Knife Cuts & How to Use Them

Using the right types of knife cuts for every recipe gives meals quality. Knife cuts are the first step into restaurant-quality cooking. 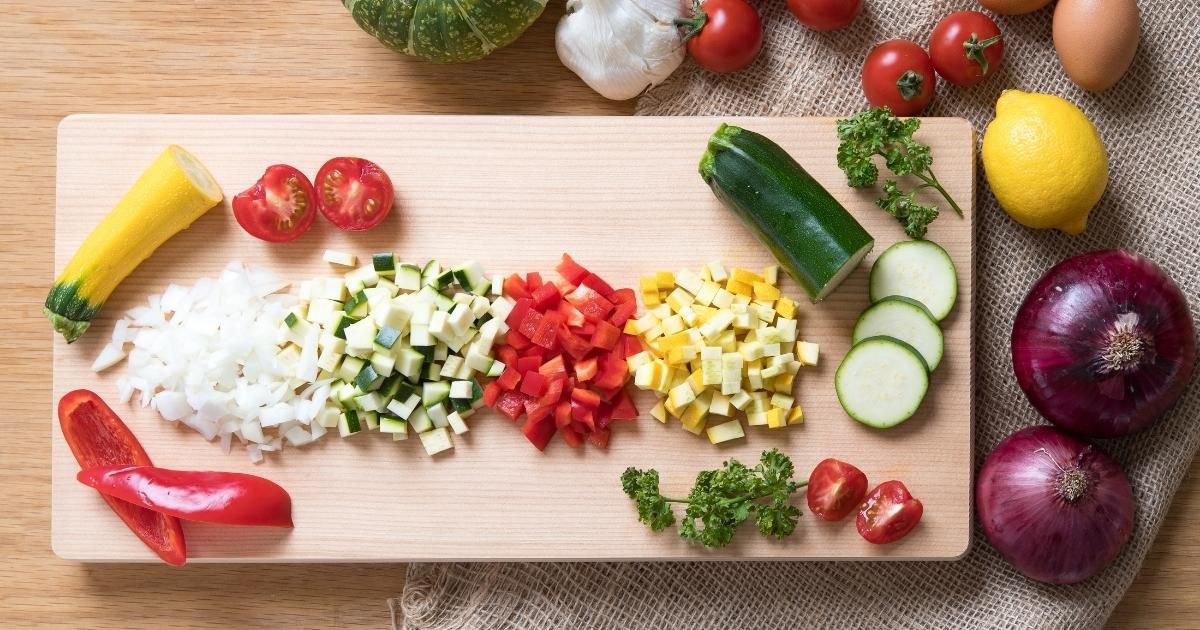 If you want to master the art of cooking, you must start with the basics, and there’s nothing more fundamental than the types of knife cuts. There are knife cuts for every kind of veggie and recipe, and mastering them is the first step into your culinary journey.

Learn all about the different knife cuts and practice until you know them by heart. Take your cooking to the next level! Yes, the types of knife cuts used make the difference.

What Are The Different Types of Knife Cuts and How to Use Them?

Cooking is more than throwing stuff into a pot. You can cut every ingredient in different shapes and sizes, not only for a nicer presentation but also to ensure they’re cooked right. Expert cooks and professional chefs know this.

They also know there’s no need to reinvent the wheel. The famous French cooks of the past developed a somewhat standardized way of cutting and slicing every food imaginable. These knife cuts, all with a unique term assigned, have become part of what every cook should know to cook at a high proficiency level — including home cooks.

These are the most common types of knife cuts and how to use them. Mastering these will surely take your cooking to the next level. To practice these culinary knife cuts, you’ll need a solid and stable cutting board with plenty of room and a chef’s knife.

This type of knife cut only applies to fresh cooking herbs, but it’s incredibly useful. Basil, parsley, cilantro, oregano, mint and many others benefit from this precise and even cut. Spinach, Swiss chard and other leafy greens also benefit from this knife cut.

To cut in chiffonade, grab a fistful of herbs, roll them in a twist motion and slice the roll perpendicularly in sections from 4 to 10 millimeters in width. The ideal size depends on your recipe and needs. Rolling the herb or leaves allows you to cut them as a whole instead of dealing with loose leaves.

Rondelle is an easy but versatile type of knife cut. As its name suggests, you must cut your food, most likely vegetables, to form round slices or coins.

The ideal size for rondelles depends on the recipe, but anywhere between 1/8 to 1/2- inches is typical. Cut carrots, leeks, zucchini, cucumbers and bananas with this technique. Any round, conical or cylindrical food benefits from the method.

The rondelle produces even-sized disks, which are ideal for stews, soups, and even salads. Cutting the vegetables diagonally is a rondelle variation that creates a wider surface area that cooks faster — commonly used in high-heat cooking methods like Chinese stir-fries.

Dicing food is the most common knife cut, but it’s also the most varied. After all, dice come in all sizes. In culinary terms, large dices (Carré) are cut with 3/4-inch sides. Medium dices (Parmentier) have 1/2-inch sides, and small dices (Macédoine) have 1/4-inch sides. Smaller cubes are not considered cubes anymore, but entirely different types of knife cuts, which we’ll cover below.

When food is diced evenly, it looks beautiful. Still, what matters most about this knife cut is that every cube cooks evenly and at the same time, guaranteeing better quality food.

Brunoise is a challenging knife cut that produces tiny dice of around 1/8-inch sides. These fine dices are typical for making the Italian sofrito or the French mirepoix (onion, carrot and celery).

Carrots, celery, leeks and turnips are commonly cut in brunoise before being sautéed as an aromatic base for soups and broths. Vegetables cut in brunoise are also lovely garnishes, as their small, even shape is appealing.

To make brunoise, you must first cut the vegetables in julienne or thin strips, which you later cut perpendicularly to get small cubes. This is the smallest even-shaped knife cut — smaller than this; you’ll only find minced food.

Batonnet, or “little stick,” refers to cane-shaped vegetables, usually cut 1/4 by 1/4 inches and a variable length, most commonly 2 inches. You can then cut these canes perpendicularly to create small dice. Half-inch canes can also be called batonnet — these could become medium dice.

Batonnet is the first step to cutting vegetables into dices, but the cut is also widely used as-is. Thick-cut French fries are cut in batonnet. Crudités, such as carrot and celery sticks, are also conveniently cut in batonnet. Chucky soups, like leek or potato soups, can also benefit from this technique.

Julienne is one of the most famous types of knife cuts; it is also called allumette, which means matchsticks. As the name suggests, vegetables cut in julienne are cut in thin strips, as thin as 1/8 by 1/8-inches and usually 1-2 inches long.

Some sources suggest allumette is cut in 1/4-inch strips, making it a thicker cut than authentic julienne; still, other cookbooks use the term interchangeably. Vegetables in julienne make wonderful salads and garnishes. Julienne strips are widely used in noodle dishes as well. Cut julienne perpendicularly, and you’ll get a brunoise cut.

Mincing is the most delicate knife cut, as vegetables or meat must be chopped into small but even bits which are noticeably smaller than a brunoise. Mincing garlic, shallots and onions is typical, and it’s a way to make sure the ingredients are spread through a sauce or preparation. You can mince meat as well, and it has a grainier and firmer texture than ground meat.

Mincing is a less precise cut than diced food, but the result should still be uniform. Cutting the food in julienne is a good starting point to guarantee a fine mince.

This is the “country-style” knife cut, and it’s a bit more rustic and chunkier than the cuts above. Typically, vegetables cut in paysanne, like carrots, are cut lengthwise, and then in quarters, finally, perpendicularly to get quarter circles. For thickness, aim at 1-3 mm or 1/8-inch. As for the sides, a typical paysanne is cut in 1/2 by 1/2-inches.

Eggplants, mushrooms, bell peppers, potatoes, carrots and many other veggies are commonly cut in this style, also known as roughly chopped, mainly if used as pie fillings or in broths and soups. You can also cut fruits in paysanne for a pretty fruit salad!

The cuts above are just a few types of knife cuts commonly used in fine cooking, but there are others. And although there are some discrepancies, depending on who you ask, the idea behind knife cuts is standardizing recipes and making prettier dishes.

Handling a knife like a pro is no easy feat, but practice makes perfect, so get chopping, and you’ll become a more precise and faster veggie cutter. From mincing garlic to julienning carrots, knowing the most famous types of knife cut is a great way to improve your cooking skills!

It is possible to see different recipes of chicken in the world cuisine, which has an important role in meeting the protein needs of people with its egg...

Spinach lasagna, which is a vegetarian recipe that will appeal to everyone's taste with its melted cheese and garlic spinach. With its rich cheese and...

Carrot Cake is one of the classic delicacies. This moist and soft textured recipe will make you happy at any time of the day. This versatile recipe can...

You should start preparations without wasting time for a high-protein, amazing flavor and addictive salad.

Looking for a healthy baked potato wedges recipe that is also the perfect balance of crunchy and pillowy? Look no further. This recipe has it all; perfectly...

Italian Minestrone soup is a nutritious meal that will satisfy your soul and stomach with its organic taste. Vegan Minestrone is a heartier, more satisfying...

What Is Moringa Powder?

Have you heard about moringa? Despite being around for ages, this famous supplement...

Things You Need To Know About Butter

What is butter?Butter's raw material is mainly cream, obtained by concentrating the...