Learn all about 10 types of herbs and their uses. Just a pinch of the right herb can elevate your cooking to new heights; these are the types of culinary herbs. 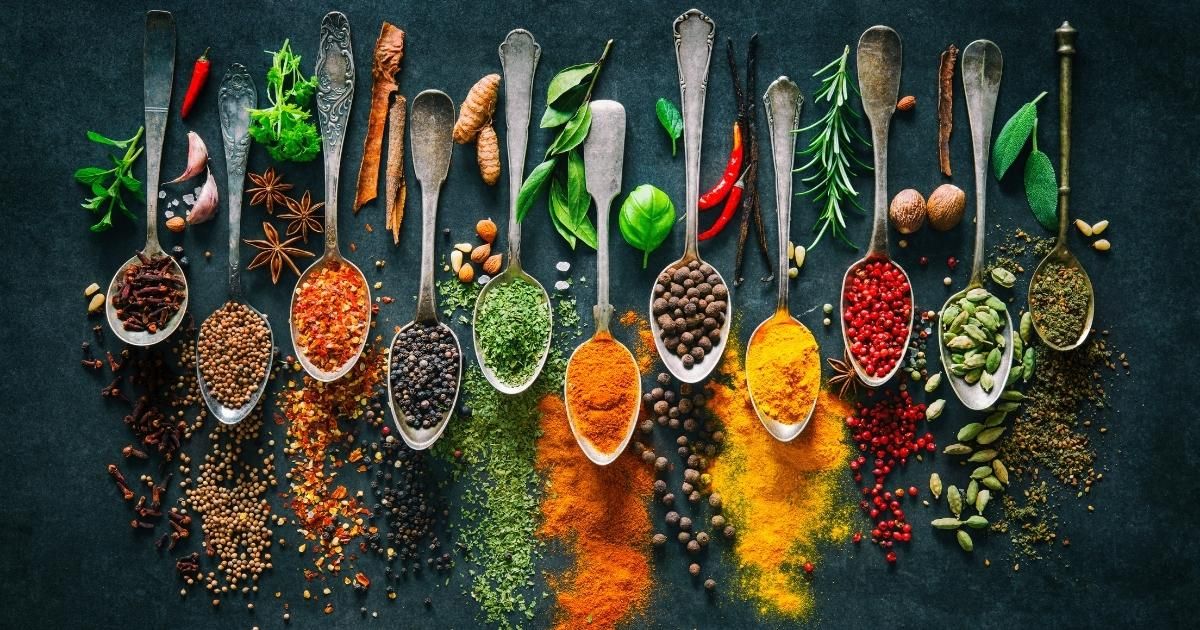 The different types of culinary herbs are easy to use in the kitchen, and they can enhance your meals massively. Cooking herbs is fun; they’re aromatic and so tasty!

Cooking herbs are great for enhancing your cooking. Still, with so many types of herbs out there, how to choose? Here’s what you need to know.

What Are Culinary Herbs?

There are dozens of cooking herbs. Unlike spices, which can be seeds, fruits, roots or a tree’s bark, herbs are always the leaves and stems of particular plants.

Not all herbs are edible, and not all edible herbs are created equal. Some herbs, like the ones we’ll get to know in this post, have been cultivated for hundreds if not thousands of years for their flavor and aroma. Culinary herb is a catch-all term for common cooking herbs, often used independently or as part of more complex herb and spice blends.

What Are The Most Popular Types of Culinary Herbs and How To Use Them?

The most popular types of herbs are basil, mint, rosemary, oregano, thyme, cilantro, parsley, dill, sage and bay leaves. There are others, of course.

Most of these herbs enjoy worldwide acclaim and form part of earth’s most famous cuisines. Cooking herbs might differ from each other, but they all have something in common — a little goes a long way. More often than not, cooking herbs is the difference between a so-so meal and a great dish!

Here’s all you need to know about cooking herbs. Let’s explore the most common types of herbs used in the kitchen and how to add them to your own cooking.

There are several types of basil, but sweet basil or Genovese basil is the most common. This herb is native to Central Africa and Southeast Asia, and it’s instantly recognizable for its sweet scent.

Basil leaves are entirely edible, and they’re exceptionally soft. They’re delicate as well, so many cooks use it as a finishing herb, adding it to meals after the cooking process. Pesto and marinara sauces depend on basil’s sweet scent, but there are many other uses for it, mainly in Mediterranean cuisines.

Mint is a strong, sweet-scented herb of the Mentha family. In fact, there are at least two dozen herbs in the category, including spearmint and peppermint.

Mint contains no sugar, but its sweet scent makes it compatible with sweet flavors. Unlike other herbs, mint is best enjoyed fresh, as dry mint loses aromatic properties. As for its uses, you’ll find mint in many Middle Eastern dishes, especially lamb. Indian cuisine relies on mint as well, especially in its stews and curries. Mint, of course, is also used in beverages, and it’s the main ingredient in Mint Juleps and Mojitos.

Salvia Rosmarinus is an evergreen needle-like herb native to the Mediterranean Basin. Records show people already used rosemary 5,000 years ago, and it has been found in Ancient Egyptian burial sites.

Today, rosemary makes a fragrant tea, but it’s mainly used as a condiment to perfume hearty dishes based on beef, lamb and goat. Rosemary is very compatible with garlic, and it gives a distinctive flavor to Mediterranean dishes like the Italian focaccia and pizza’s tomato sauce.

Oregano is another prevalent Mediterranean herb. Its resiny, almost earthy flavor is easy to distinguish, and the herb is one of the most versatile in Mediterranean cooking, from Greece and Italy to southern France.

Oregano is not dissimilar in aroma to marjoram, and they’re often used interchangeably. Interestingly, dried oregano is preferred over fresh oregano, as the dried small leaves are much more intensely aromatic. In Turkey, oregano flavors meat. In Greece, people sprinkle over fish and salads. In Italy, oregano gives life to tomato sauces.

As with other herbs, there’s no one type of thyme but many. The most common is known as French thyme, and it’s easy to recognize for its small, needle-like leaves. Again, dried thyme is much more common than fresh thyme, and it makes sense — thyme and oregano are related.

Thyme is also native to the Mediterranean, and it’s a critical ingredient in the famous bouquet garni, a combination of herbs used in French cooking to flavor sauces, soups and stews. Thyme stems are pretty chewy, though, so using only the tiny leaves is common.

Cilantro is also known as Chinese parsley or coriander. Effectively, these are the leaves of the coriander plant, also known for its seeds. Cilantro has an intense, sometimes pungent aroma reminiscent of citrus and sometimes soap or detergent. The less-common aroma in cilantro makes it not a universally appealing herb, but those who enjoy it absolutely love it.

Although native to Southern Europe, Northern Africa and Southwestern Asia, cilantro is widely used in South American cuisines. This is one of the most commonly used herbs in Mexico for salsas, and it’s best when used fresh. Cilantro is definitely unique in the world of cooking herbs for its uncommon flavor.

Parsley is used in many sauces, from the Argentine chimichurri to the French persillade and the Italian gremolata. The green herb can give life to fish, soups, grilled chicken and even veggies — this is one of the most versatile cooking herbs, particularly in grilled and roasted dishes.

Dill has enjoyed popularity since the Ancient Romans, and it’s native to Europe and Asia, especially in cold regions. Dill sprigs resemble feathers, and they’re often used on pickled or tangy foods, from herring and salmon to salad dressings.

Dill also makes its way to fermented drinks and yogurts, but it shines equally over boiled potatoes and sliced cucumbers. Today, you’ll find dill in German, Romanian, Polish and Slav cuisines, although the noble cooking herb is used worldwide, from China and India to the New World.

Sage is one of the most fascinating Mediterranean herbs, not only for its fragrant aroma reminiscent of cedar, lemon and eucalyptus, but also for its firmer texture.

The herb’s scientific name is Salvia officinalis, and it grows on the Mediterranean coast. Still, you’ll find sage in Northern France and England, mainly used in heartwarming fall and winter dishes that benefit from the herb’s intense aroma, like roast turkey. Sage is resistant to heat, which lends itself to high-heat cooking like roasting and broiling.

Bay leaves are unique in the realm of herbs. You might only need one or two leaves to flavor an entire pot of soup, sauce or stew. Bay leaves are also tough, so you must remove them after cooking unless they’re dried and ground finely.

Fresh bay leaves are not nearly as common as the dried variety, which is more intensely flavorful and aromatic. You’ll find bay leaves in Indian recipes, Filipino dishes and European-inspired stews, soups, braises and pâtés. Having a few bay leaves in the kitchen is always a good idea — just throw them into the pot and let them do their thing. What are your favorite cooking herbs?

To make the marinade, crush the garlic and combine it with the paprika, thyme, lemon juice, oil and plenty of salt and pepper. To get more flavour out...

This recipe may seem different or even weird, but it truly is an amazing one. You can either have this as a side dish on breakfast with eggs, or you can...

Quiche with Basil and Cheese

You can make it with veggie quiche or homemade or frozen tart dough. With a little patience you can have an amazing taste and flavor. If you want to choose...

Liqueur is an alcoholic beverage obtained by adding fruit and spices to alcohol.It is served in small glasses.It can be drunk next to Turkish coffee.

Chimichurri, a sauce all the way from Argentina, primarily goes with beef and similar dishes. However, it has the perfect tangy and spicy flavor to amp...

South American food might be the most varied in the world, with many local specialties...

What’s The Difference Between Yuca and Yucca?

Concisely, the difference between yuca and yucca is this: One is a root veggie, and...

How to Choose and Cook Legumes

They may generally be present in fresh or dried form; therefore, the protein and...

5 Cities Hosting the Best Pizzas in the World

Pizza is getting very popular at homes and it obviously affects the branding. However,...