How to Make Natural Food Coloring From Ingredients in Your Kitchen

We’re all trying to use fewer processed ingredients, so how can you replace some food colorings in your kitchen with natural, homemade alternatives? 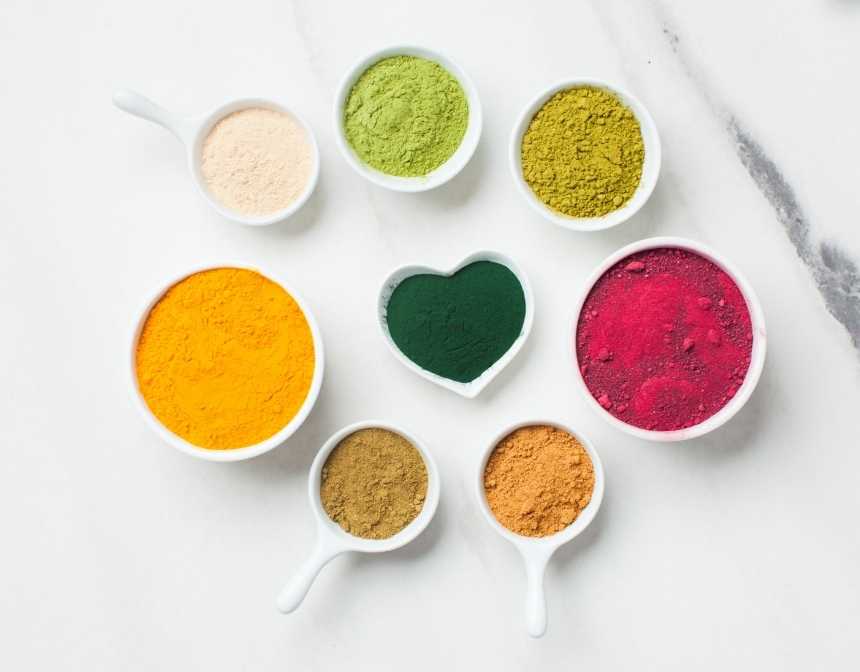 We’ve all had a fair number of different adventures using food coloring, that’s for sure! We know that we, for one, have had many experiences of using a little bottle of food coloring only to have biscuits or pasta that didn’t really turn out the right color. If your experience matches ours, then you may be interested in learning what natural alternatives you can use that may be a little more reliable.

What can I use instead of food coloring?

There are a huge number of alternatives out there for food coloring, you just need to look. We’re sure that if you were to pick up a couple of different ingredients at your greengrocer’s and experiment with them, you’d be able to have your own supply of wonderful colorings in no time at all.

The trick to finding a good ingredient to use instead of food coloring is to consider the flavor and concentration of your food coloring.

For example, if you were trying to dye something yellow, then you might opt for saffron or turmeric. Both of these spices have a powerful color, which makes them ideal. You could dissolve some turmeric in a small volume of water and make a particularly powerful food dye that would be perfectly safe for eating. In fact, it would probably be really good for you!

The thing that you’d need to consider there, though, is that both saffron and turmeric have quite potent flavors. In order to deal with that, you’d be best served by choosing other flavors which, when aligned with the turmeric and saffron, would combine to form a tasty flavor. For example, turmeric pairs well with ginger, or even garlic - so those flavors would work well together in a biscuit that you particularly wanted to have a burned yellow color.

How do you make natural green food coloring?

There are two great ways to achieve natural green food coloring: matcha and spinach. The problem is, though, that you first need to understand the difference between using a powder base and a liquid base.

Using matcha to dye a certain food product green would be making use of a powder base. This powder base can typically get more effectively spread throughout the food that you’re dying, allowing for a much stronger flavor. Furthermore, powders are typically already fairly concentrated simply because the molecules are closer together in a solid dye compared to a liquid dye.

Using spinach to dye a food product will rely on using the spinach to make a liquid food coloring. This is a simple process, but it’s also quite time-consuming, so it may not be as worthwhile if you don’t have the time to spare.

The other thing to consider about liquid food colorings is that they’re typically not as concentrated, for the reasons we spoke about above. You don’t really want to add a lot of food coloring to a recipe because you may affect the overall consistency and flavor, so you’ll have to go about concentrating them in some way.

How do you make natural red food coloring?

There are quite a few ways to make great natural red food colorings! One particularly wonderful way is to use tomatoes, which have a naturally strong color that is likely to come across powerfully in the final product.

To make a red food coloring out of tomatoes, firstly you must dice some tomatoes. We’d recommend using a couple of very ripe, very fresh tomatoes. From there, add the tomatoes to a saucepan, and add enough water to cover the tomatoes. Bring the mixture to a boil, and then kill the heat.

Mash up the tomatoes, and leave the mixture to steep for half an hour or more. From there, strain out any tomato pulp so that you’re left with a bright red liquid that is completely smooth. Next, return the liquid to a pan, and put it over very low heat.

Simmer the mixture to remove as much water as possible, leaving you with a concentrated liquid dye. We’d recommend reducing the liquid to a quarter of its original volume.

Another great idea to substitute for red food coloring is beets. They have a very potent color and can be processed into a food dye in a number of ways. Perhaps the most efficient way would be to dry and grind them.

To do this, slice a few beets very thinly and spread them across a baking sheet. Bake the thin beets for roughly ten to fifteen minutes at 180˚C, or until they’re starting to get crispy. You don’t want the slices to get burned at all, because that will impede the color.

When the slices of beet are dry, you can use a coffee or herb grinder to grind them into as fine a powder as possible. Substitute that powder for red food coloring, using as much as is necessary to get your desired color.

If you’re looking for another option, then a great natural red food coloring is pomegranate juice. This isn’t used very often because other alternatives can be more efficient, but the inherent sweetness of pomegranate juice allows you to use it in desserts.

You can either replace the water in a recipe with pomegranate juice or reduce it on the stovetop until the volume is roughly a quarter of what it was originally. Doing that will result in a very potent food coloring ideal for using only a few drops in a given recipe.

How do you make homemade food coloring?

The best way to make homemade food coloring is to infuse the inherent color of an ingredient into some water, and then reduce that liquid to concentrate it. For example, you could infuse the green color of some spinach leaves into half a liter of boiling water.

From there, strain the mixture until it is smooth, and then simmer until the overall volume has reduced to a quarter of its original size. This will leave you with a potent dye ideal for any application. You can replace our example of spinach here with any other ingredient to achieve the color that you’re aiming for.

What colors do I mix to make food coloring?

Generally speaking, you’ll be able to make or find a natural food coloring that’s perfect for whichever use you’re planning. However, there is one notable exception.

There is very little out there in the culinary world that’s solely blue. Even blueberries become purple once mashed in a recipe. Therefore, you’ll need to do a little bit of natural chemistry to achieve a blue color. For a blue cake, you’ll need to combine red cabbage and baking soda.

The active compounds in these two ingredients interact to form a blue color which is perfectly resilient in the oven - ideal for cakes and other hot food that you’d like to color blue.

How long can food coloring last?

The answer to this question depends on whether you’re using shop-bought food coloring or homemade food coloring.

If you’re using shop-bought colorings in your kitchen, then you’ll be surprised to know that it essentially never goes off. The only thing that really degrades food coloring of that type is light. Typically, the dyes are sensitive to sunlight and may lose their color if they’re kept on a windowsill, for example.

If you’re using homemade food colorings though, the shelf-life is much, much shorter. Realistically, you should throw out any food coloring that you’ve made after two weeks. In that time period, the organic components of the food dye you’ve made are likely to go bad, and no longer be food safe.

Food coloring is, generally speaking, perfectly safe. The only situation it isn’t perfectly safe for you is if you happen to be allergic to a given food dye - you can know this perfectly if you choose to do an allergy test.

With that said, it’s worth bearing in mind that food coloring is typically used in foods that are unhealthy regardless of their dye content. For that reason, it’s worth eating those types of foods in moderation, in spite of the fact that the dye content is safe.

Ingredients you can use for different types of food coloring

You know what they say, an apple a day keeps the doctor away, and although that might...

Always start with eggs at room temperature to optimally estimate cooking time and...

Tempeh is a specialty from Southeast Asia, particularly from the island of Java,...