A Guide to the Different Types of Oysters

Learn all about the most popular types of oysters worldwide and how to add them to your diet. Oysters are a delicacy and a gift from the sea. 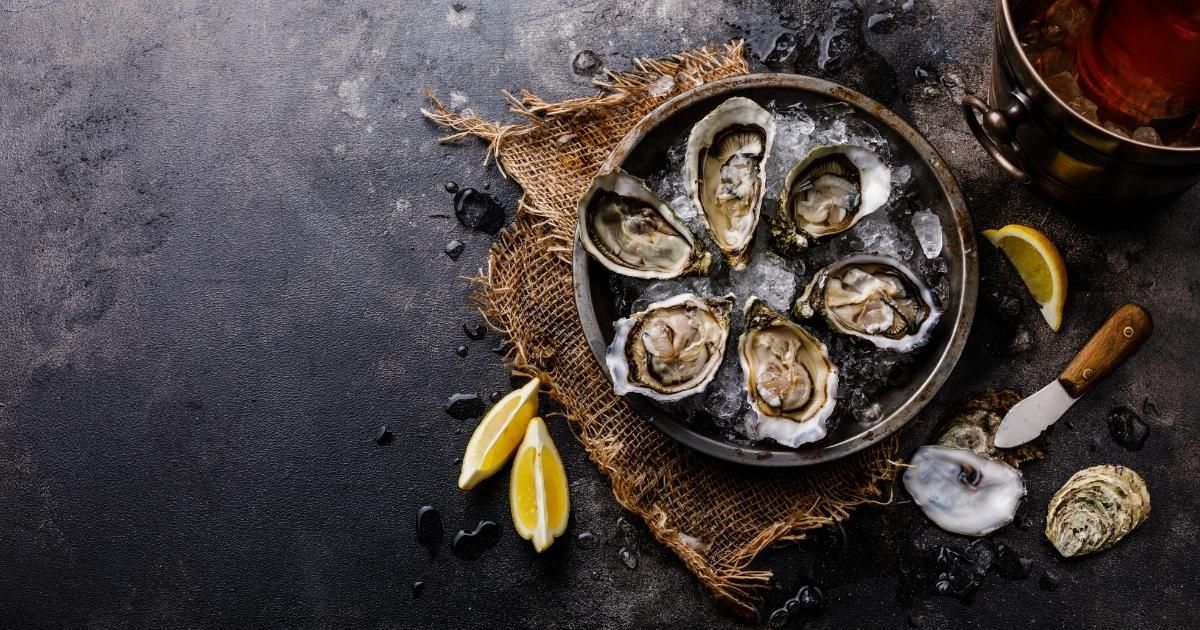 Oysters are bivalve mollusks that live in the world’s seas and oceans. Their shell makes them instantly recognizable, but there’s more than one oyster in the sea. In fact, there are many types of oysters, and they are all unique in a way.

What all types of oysters have in common is that they are delicious and nutritious, making them an excellent addition to any diet. Let’s talk about the types of oysters and what makes them special.

What Is an Oyster?

Oysters are a type of shellfish. They live in salt water and feed by filtering their nutrients from the surrounding water. These passive animals can grow relatively large, and inside that shell, you’ll find a meaty one-biter that has been a delicacy for millennia.

Oysters are consumed raw or cooked, while others are bred for their pearl-making ability rather than their flavor. True oysters are part of the family Ostreidae, which includes the flat European oyster, the Pacific oyster and the famous rock oyster. Other oyster families, like those used to harvest pearls, are not considered food.

And although oysters have been part of people’s diet since forever, they’ve gained popularity recently, as they’re compatible with both comfort cooking and fine dining. Let’s talk about the most common types of oysters in food and why they’re special.

What Are the Types of Oysters?

Categorizing oysters for their size, source and flavor profile is a good way of knowing what’s out there, although oysters are commonly consumed fresh, and finding all of them available in the same place is a rare sight.

No type of oyster is more popular than the others. The best oysters are the ones that have been harvested closer to you. Freshness beats variety in oysters, but that’s a given when dealing with such delicate seafood. Having said that, let’s talk about the most popular oysters worldwide.

These oysters, sometimes known as Belons in France, or mud oysters in Britain, are part of the Ostrea edulis family. Spotting European flat oysters is easy, as their shells are evidently flat.

There’s archeological evidence suggesting this type of oyster has changed little in over 15 million years, and it has been enjoyed by Ancient Civilizations, including the Egyptians, Greeks and Romans.

European Flat Oysters are typical of the northern seas and are commonly harvested on the north French coast and in Britain. Although the species is native to Europe, flat oysters have been replaced by the more accessible to grow Pacific oysters, which are the most common type of oyster, even in Europe.

European flat oysters are often described as salty and mineral, with a chewy and meaty texture. These are pretty firm compared to other types of oysters, and they’re rarely described as sweet.

When you think of oysters, there’s a good chance the image of the Pacific oysters comes to your mind. These are the most popular types of oysters worldwide, mainly on America’s west coast and in Europe. These oysters are now also widely consumed in Australia and New Zealand.

Pacific oysters have an elongated shell and are part of the Magallana family. Also known as Japanese or Miyagi oysters, the Magallana Gigas can grow up to 400mm long, making them one of the most prominent types of oysters commercially available.

Pacific oysters are easy to farm; therefore, they have become easier to obtain. Most of the oysters are produced in the USA and Taiwan, but the market for this delicacy is global. People describe Pacific oysters as sweet with hints of melon and not as salty or firm as their European counterparts.

Atlantic oysters are also known as blue points, eastern oysters, Virginia oysters and Wellfleet oysters. The Crassostrea virginica oyster is native to America and was widely present on America’s east coast until the arrival of the European colonists. It is believed there was less than 1% of the population before the arrival of the first British ships.

85% of the American oyster varieties fall into the Atlantic oyster family, and they all have similarities. Despite being over-harvested for centuries, today, Atlantic oysters are successfully grown on farms, and they’ve regained commercial significance.

Most Atlantic oysters are smoked and canned or consumed raw, and they are typical in coastal regions, from the Gulf of Mexico to Virginia. Atlantic oysters are not as sweet as Pacific oysters, but they’re equally firm and salty. This type of oyster has excellent versatility in the kitchen.

Kumamoto oysters (Crassostrea sikamea) are a typical Japanese specialty. These small, 1–2-inch oysters have a big flavor, and they’re firm and meaty, despite their small size.

Kumamoto oysters are not the largest oysters out there, but they have fans worldwide for their intense flavor and compatibility with the grill. These are amongst the sweetest oysters, making them ideal for the inexperienced taster, who might not be familiar with the salty and fishy flavor of the bivalves.

Originally from the Kumamoto prefecture in Japan, these oysters are now farmed and are available worldwide. You’ll recognize them for their small size and rough, hard shells.

Given their size, Kumamoto oysters can be consumed in many ways, especially as part of more complex dishes, including soups and broths. Still, you can also consume them raw on their own. Oysters are one big, tasty family, and although there are many types of oysters, they all have something in common – they’re delicious once you get used to their soft texture.

Green tomatoes are a unique vegetable with great versatility in the kitchen. Still,...

What Is The Flexitarian Diet?

You’ve probably heard about vegans and vegetarians, but these are not the only...