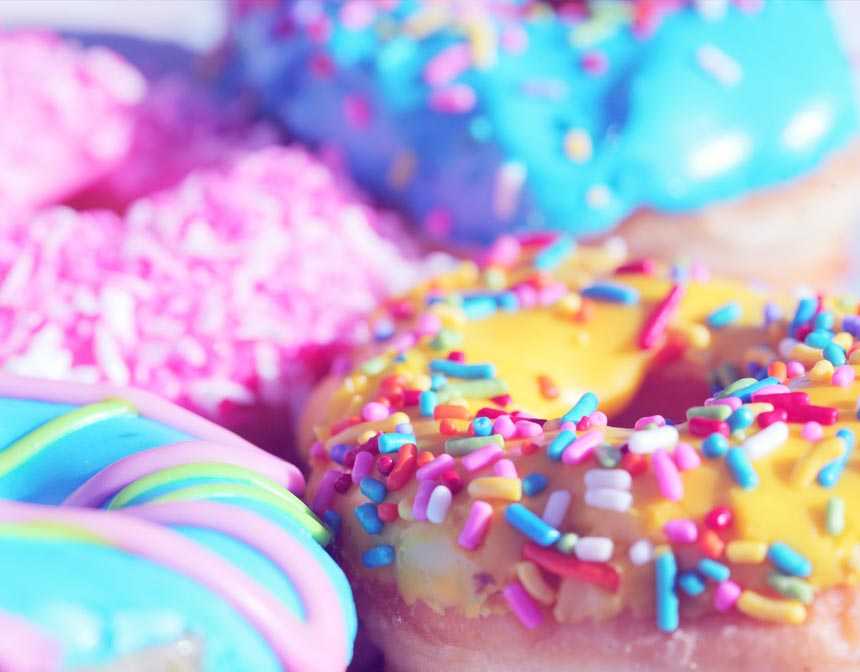 Here are some delicious desserts around the world. If you have a sweet tooth, you should definitely try all of these sweet treats at least once.

You might be surprised to see a Portuguese delight in the list because food from Portugal doesn’t get much hype, more so in a list of the world’s best desserts. This pastéis de nata is a traditional custard tart covered with crumbly pie crusts or pastry shell that is equally delicious and crispy. A creamy, sweet custard filling in the center provides the best finishing in the end.

Tiramisu doesn’t need any introduction actually but this list would be incomplete without mentioning it. It’s made using coffee-soaked sponge fingers placed between mascarpone cheese flavored with coffee, whipped sour cream, eggs, sugar and cocoa toppings. Tiramisu means ‘pick me up‘ in Italian and is one of the best desserts out there that can help you put a great end to your dinner.

You’re likely to try s’mores if you’re in North America, especially if you’re planning on setting up camp in the woods. It’s a part of the American camping culture that started way back in the 1920s with scout camps.

S’mores are basically a marshmallow chocolate dessert sandwiched between two biscuits. The campers melt the chocolate and marshmallows using the campfire. You’ll encounter numerous versions of s’mores each with a different touch and components.

Knafeh, the sweet syrupy dessert with golden cream cheese toppings and nuts, offers a fulfilling blend of flavor and texture. Similar to most other Middle Eastern desserts, an aromatic brown sugar syrup embraces the toppings and infuses orange or rose blossoms to flavor the filling. You can find Knafeh around most of the Arab world from Syria to North Africa but the best place to try it is in Nablus, Palestine.

This cake from the Caribbean is easily one of the greatest cake pies from around the globe. Rum Cake is given a slightly doughnut-styled form by sponge-baking it in a savarin mold. After it’s properly baked, Rum is then used to soak the cake with a double-dose surprise: one in the batter and one in the glaze.

You can top the cake off with plenty of things like nuts, dried fruits, chocolate and peanut butter or icings. Letting it sit for a few days helps it age exceptionally well.

The subcontinent is home to more than one billion of the total 7 billion people living on the planet or one quarter of the people of this population living in India and Pakistan absolutely love the gulab jamun. It’s made using flour, dried milk powder, clarified butter and yoghurt, blended together and then rolled into a ball.

This ball is then deep-fried to create an amazing crust that surrounds the softer contents of the Jamun inside. After this, a sweet syrup and crushed nut topping is used to cover it and serve. People with a sweet tooth will find the Gulab Jamun a great bite-sized delight.

The French Chocolate Mousse is an airy confection with only a handful of ingredients, making it a foamy delight. Its richness lies in how light it is. Making rich chocolate foamy is something chefs have been dealing with hundreds of years. The ancient peoples who consumed chocolate considered a hefty foam layer as a sign of rich taste.

Borma is an elegant, aromatic baklava cousin with threads of golden knafeh dough that encloses a sweet filling. A sugary bath gives the final touch to Borma, which unlike baklava has extra crispy texture thanks to being fried. The Turks and Arabians regard it as one of their best baked desserts boasting a very attractive cross-section presentation and making for a great gift too. It’s not something you’d miss on the streets while roaming around in the streets of Jordan, Turkey or Lebanon.

Churros may have originated in Spain but they’re now famous all across the Southern American countries specially the Spanish-speaking populations in Mexico, Guatemala, Colombia etc. If you’re on a tour, you’ll definitely come across these deep-fried traditional dough sticks.

They’re made using a choux-like pastry, which is passed into hot frying oil through a nozzle in star shapes. Once they turn golden brown, a little sprinkle of sugar tops the sticks. You can enjoy them with chocolate dips for breakfast.

Flan is a member of the custard dessert recipes. Having roots from Latin America, flan has been reinvigorated by generations of chefs, constantly making it better with blends of sophistication and simplicity. Its silky texture and miniscule top layer of dark caramel melting into a sugary sauce around the corners is nothing less than the perfect foil after a spice-full, fiery South American meal.

This South African sponge pudding is one of the best winter dessert recipes made using apricot jam. It’s a gooey sponge cake served warm with a custard or creamy sauce. You won’t find any difficulty finding it in restaurant menus. Malva in Afrikaans means marshmallow and the pudding is named so because of its marshmallow-like spongy and comforting texture.

No one bakes like the Central Europeans and the Austrian Apfelstrudel is testament to that. If you want to witness the architectural wonders of gluten, all you have to do is whip up and stretch some strudel dough into a sheet so thin that you can read through it. Once you have it extended, fill the delicate membrane of dough up with a sweet apple filling, raisins, walnuts and breadcrumbs fried in butter.

You can find Apfelstrudel in any bakery around the world but to get the perfect taste, you’ll have to visit a Viennese café.

More people need to try orange and chocolate together. The Chocolate Orange fondue with some orange liqueur is really the perfect pairing. It’s an excellent breakfast idea too and you can use it as a sweet dipping sauce for apple slices, cookies, pound cakes, brownies, strawberries etc.

Here are some delicious dessert recipes

Wash the rice and put in a pan. Add 3 cups of water and cook until water is absorbed. Add the milk and mix.Puree the wheat starch with half a glass of...

This is the traditional holiday pumpkin pie. This classic recipe has been on LIBBY'S® Pumpkin labels since 1950. This pie is easy to prepare and even...

This is the right recipe for the chocolate lava cake. It is very easy to make. Fluid creamy chocolate will be delicious for you and your guests.

You can easily make this recipe at home, with a light cream and delicious sponge cake. You should try this recipe that will add color to your table for...

If you want to prepare a quick and delicious dessert, fig dessert will be the right choice.

One of the most delicious desserts of French cuisine. This exquisite taste of chocolate will make you happy.

This exquisite member of French cuisine is a kind of dessert similar to custard. It is a light flavor that can be served after a rich menu.

This coconut mango chia pudding is a no-bake snack or dessert with just a few ingredients.You'll love this vegan, gluten-free, and sugar-free chia pudding...

Check out our other post that features the 6 Best Desserts in The World.

There are fewer reasons to eat meat than ever. In this article, we’re going to...

One of the most important parts of a healthy diet is green leafy vegetables. Filled...

What are superfoods? Well, we’re talking about nutrient-rich foods, often with...

What Is Moringa Powder?

Have you heard about moringa? Despite being around for ages, this famous supplement...

Peaches are the very definition of summer; they’re sweet, juicy and deliciously...