Turkish / From The Oven

Soft, moist and buttery Homemade Cornbread recipe! This easy to make bread can be made in a baking dish or pan.

Cornbread is a sweet-salty bread recipe that consists of basic ingredients such as cornmeal, flour, and butter. With different variations, this easy cornbread recipe is perfect for brunch or any meal. It can also be served with bacon or jam at barbecue parties.

Try this egg-free cornbread recipe now. Enjoy this bread that you can prepare in accordance with a vegan and gluten-free diet. 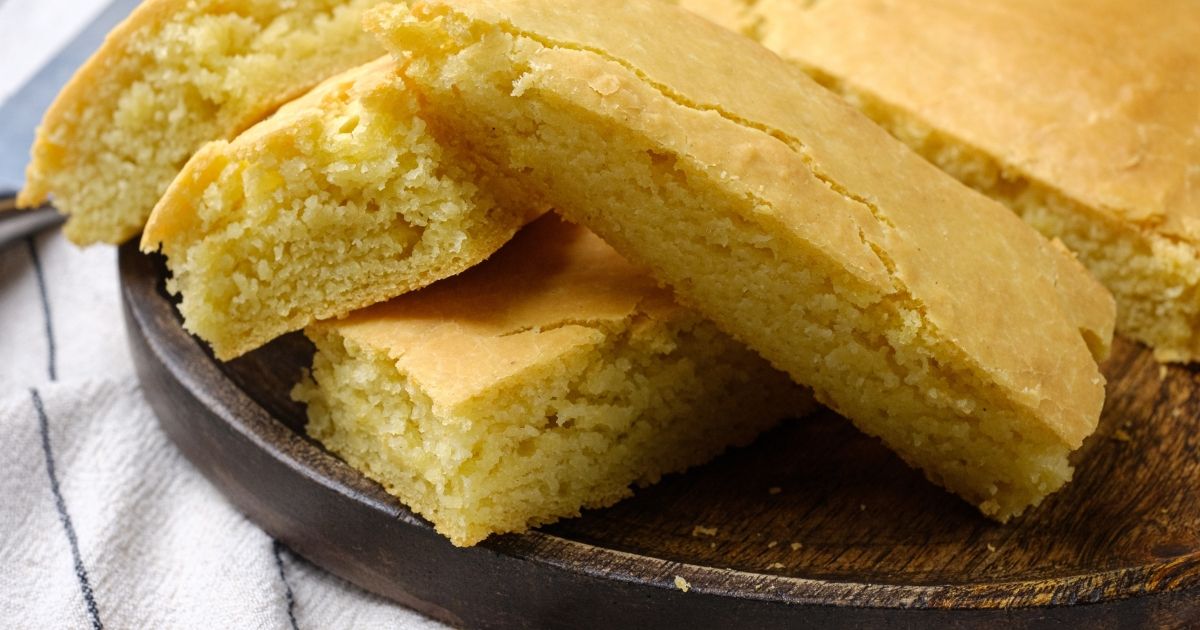 How To Make Cornbread in a Pan?

To make the cast-iron skillet cornbread,

How To Make Vegan Cornbread?

To make the cornbread recipe vegan,

Eggs: Use flaxseed eggs or applesauce instead of eggs in the recipe.

Milk: Instead of whole milk, use a plant-based dairy product such as coconut milk and almond milk.

What To Serve with Cornbread?

Cornbread goes well with many foods. It can be served alongside soups or stews. You can also prepare a delicious and satisfying meal with boiled vegetables.

Here are our delicious recipes that you can serve with Cornbread:

How To Store Cornbread?

Can Cornbread Be Frozen? Yes. After baking the cornbread, let it cool completely. Then wrap in cling film and freeze in a freezer bag for up to 1 month.

This classic French bread recipe takes time to make, but as most of that is inactive...

Milk Bread is a popular Japanese bread. It is also known as "Shokupan bread" or "Hokkaido...

Looking for the perfect cinnamon roll recipe that is also gluten-free? We’ve got...

Soft and chewy, just a few ingredients you'll need for this gluten-free and vegan...

Sweet potato fries are one of the most delicious and practical snacks with its crispy,...

Things to Consider While Baking Bread at Home