Bread is undoubtedly the most important part of the tables all over the world. 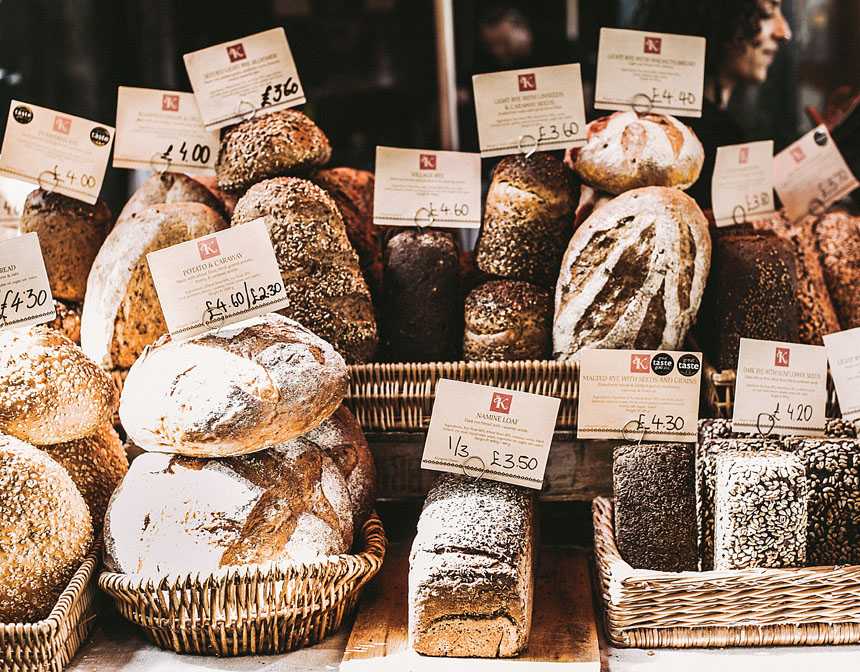 Its name, form, or the ingredients change from culture to culture, but the passion for bread never changes. So, where do different types of bread come from? Let’s check it out together.

Italian cuisine is known as a world famous cuisine. Italians do traditionally stand out with their pastry abilities, but they are also very skilled in bread. The best example of this is “Ciabatta”. Ciabatta, an Italian bread made with wheat flour, salt, yeast and water, is an ideal alternative especially for sandwiches and wraps. Founded in 1982 by Arnaldo Cavallari in response to baguettes, ciabatta is seen as the milestone of an important movement for the food industry.

France is the starting point of baguette, which draws attention with its long and thin structure and which is highly consumed all over the world. In fact, baguettes that are thin and long today were initially round. Baguettes, which have a delicious crust and a heavy internal structure, have changed shape over time. The reason is that customers like the outer shell more. With this customer behavior, baguettes have become what they are today.

The story of Marraqueta, one of the favorite snacks of the Chilean people, is based on migrations from Europe in the early 19th and 20th century. Europeans, who brought wheat bread to Chile during the migration, opened the doors of a new era. The main taste of Marraqueta, which has a fluffy interior, is in its shell. The bakers are sprinkling the water they pour in the pan to catch this taste.

One of Australia's traditional flavors, the damper was a type of bread that those interested in husbandry often ate in the old centuries. The damper, cooked especially in the ashes of the fire that was burned in order not to get cold while grazing the animals, was a food frequently preferred by the shepherds. The damper, which is very rich in protein and carbohydrates and is preferred in many diets that are fashionable today, was made by Aborigines. Today's version consists of flour, water, baking powder, butter and salt.

The crumpet, which is often consumed with jam, butter and honey, is very popular in England. A sheet pan is usually preferred to cook this amazing flavor. The crumpet, which is made by being placed in the molds in the form of rings and placed on the sheet pans, is the best companion for the famous tea hours of the British.

This is how bread varieties from around the world are. It should not be forgotten that there are hundreds of bread types from different geographies. The importance of this historical taste on our tables is undeniable. The bread, blessed in every culture, seems to take place in our lives for longer years.

Check out our bread recipes.

Cornbread is a sweet-salty bread recipe that consists of basic ingredients such as cornmeal, flour, and butter. With different variations, this easy cornbread...

Tuna is one of the most preferred fish with its easy accessibility and taste. A tuna sandwich is a must for a light and satisfying meal. Tuna and a few...

What about a healthy and delicious experience? Make this light and practical fruit ricotta toast that you can consume at any time of the day. You will...

Identified with American cuisine, this snack reflects the unique harmony of sausages and sauces. It is one of the most delicious combinations of ketchup...

Bagel is a classic delicacy. This doughnut-shaped bread is crispy on the outside and soft on the inside. It is served plain or with different ingredients.If...

Ciabatta Bread is one of the recipes of Italian cuisine. This Italian loaf can be served in many delicious recipes, from soups to salads.You can have this...

Hello cookie lovers!The ultimate pair to tea and coffee, here are some addictive...

Winter is here already and it brings its own ensemble of fruits and healthy vegetables....

Spinach is super healthy; we all know that. But how healthy is it? And why is it...