A spicy and satisfying recipe: Vegan Chili Con Carne. Prepare a great family meal with this classic and tempting flavor.

Chili Con Carne, one of the traditional dishes of Mexican cuisine, is a spicy, hearty classic. This easy-to-make recipe is originally made with beef. However, various versions are available.

If you prefer a vegan diet, you can try this recipe. This classic spicy Tex-Mex dish is a candidate to be the favorite of the whole family with its scent and the right spice level. You can bring Southern flavors to your table by serving it with Corn Bread or Cauliflower Rice. Bon Appetit. 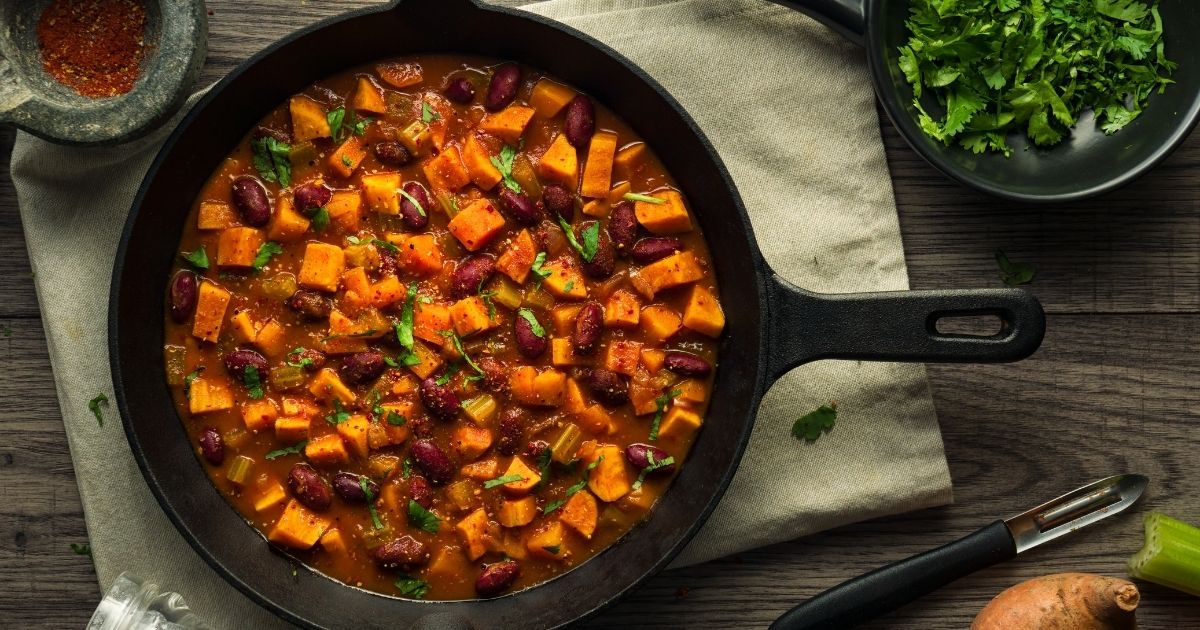 What is Chili Con Carne?

As for the dish’s origins, chili con carne is thought to have originated in northern Mexico or southern Texas at the beginning of the 19th century. The dish was just a simple stew with chili peppers at the time but has slowly evolved into something more complex and rich.

How To Make Homemade Chili Powder?

To make easy homemade chili powder, start by removing the stems and seeds from one ounce of dried mild red chilies. Then place a large skillet over medium heat and wait till it’s hot before adding in the dried chilies and toasting for about a minute until fragrant. Remove from heat and let it cool.

What To Serve with Chili Con Carne?

Here are some our delicious recipes that you can serve with Chili Con Carne:

A delicious recipe from Asian cuisine: Chicken Fried Rice! This hearty and protein-packed...

Philadelphia is famous for the Liberty Bell, Rocky and, most significantly, the Philly...

Chicken Piccata or Lemon Chicken is one of the delicious dishes of Italian-American...

While spring is beginning to show itself, it means the mackerel season is slowly...

Heat the pan and put in sunflower oil.Wash in hot water, strain the ground beef....

Indian food is quite possibly one of the most interesting and delicious cuisines...