How To Peel & Devein Shrimp?

Shrimp is an ideal seafood dish to enjoy any time of the year. You need to clean it to cook it properly. Here's How to Clean and Devein Shrimp. 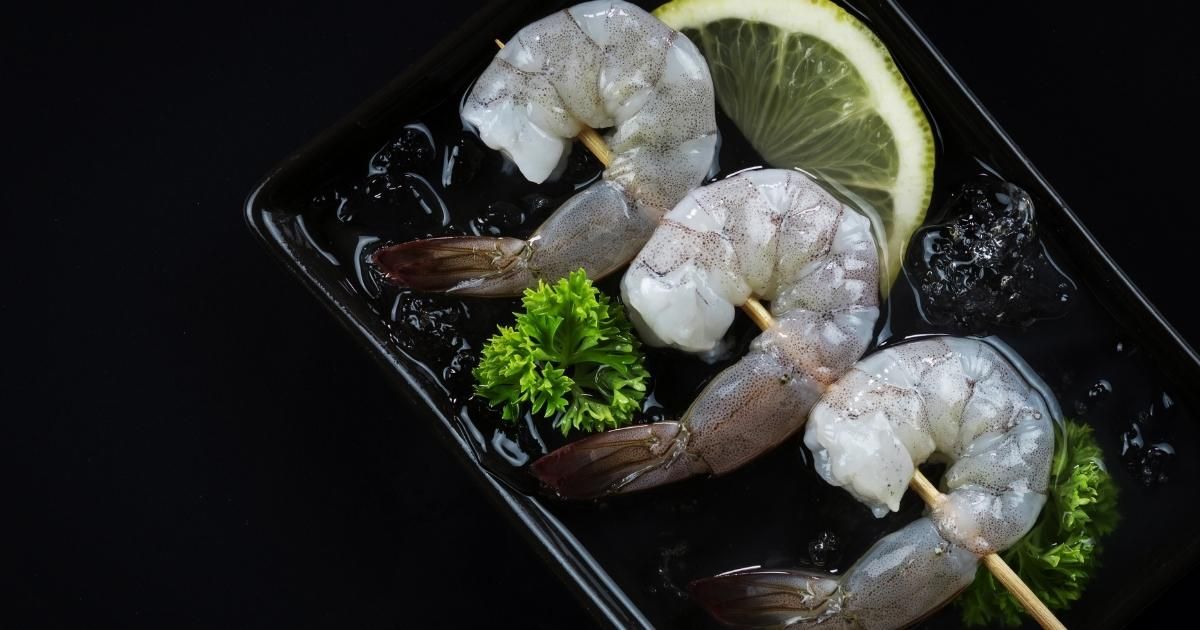 Shrimp is a deliciously pink and buttery shellfish, and it’s versatile, too! The thing is, if not cleaned properly, it’s just not as good. Preparing your shrimp before cooking matters.

Here’s how to clean, peel and devein shrimp fast and easy. There’s nothing tastier than pretty shrimp that has been adequately prepped. Let’s get started!

Shrimp are crustaceans, meaning they wear their skeleton or shell on the outside. These small creatures are bottom dwellers, and although they’re tiny when young, they can grow considerably.

There are several types of shrimp, and they have different characteristics. Still, most of the shrimp consumed worldwide is similar — an elongated crustacean with meaty, almost sweet flesh.

Today, most of the shrimp consumed comes from farms, but wild-caught shrimp is still prevalent. In fact, shrimp is the most common crustacean in our diet, and it’s easy to see why — it’s exquisite.

What Is The Difference Between Shrimp and Prawns?

Generally, it’s okay to use the terms shrimp and prawn interchangeably, as the terms are more or less popular in some countries and were coined to describe both species. Still, shrimp and prawns are two different crustaceans.

Shrimp live in salt water and prawns in freshwater, although this is not always the case. Prawns are also not as curly as shrimp and are often larger. Of course, there are as many types of prawns as shrimp, so the crustaceans are just as hard to categorize. And since shrimp and prawns taste similar, use whatever you have in hand.

Nowadays, it’s hard to talk about food without mentioning its health benefits or potential risks, and that’s particularly true with shrimp. Something so tempting can’t be all that good for you, can it?

Shrimp is surprisingly nutrient-rich, containing iodine, iron, phosphorus, magnesium and others. And these nutrients come with low calories — only 84 calories for every 3 ounces of shrimp, which is already healthy enough. Still, the question remains. Does shrimp have too much cholesterol?

Although shrimp contains cholesterol, the cholesterol consumed does not increase the blood cholesterol levels in most people. Dietary cholesterol is broken down in your body, and it’s your liver that produces the cholesterol in your blood. Actually, shrimp is high in the good kind of fat as well, such as the fatty acids Omega-3. As a final thought, the carotenoid compound that gives shrimp its pink color (also found in salmon) is an excellent antioxidant. Who knew?

Then there’s the other significant question. Is shrimp sustainable and environmentally friendly?

Fishing shrimp has undoubtedly become a problem. Not only because we’re overfishing the species, but because the trawling nets used by most fisheries capture other species as well, which are often discarded.

On the other hand, farmed shrimp has grown exponentially. The white leg shrimp is the most prominent species, followed by more extravagant varieties like the tiger prawn. And although shrimp farming protects the shrimp’s wild habitat, it is still a sensitive topic; it can be environmentally unsafe as it can pollute water sources.

Of course, consuming shrimp seldomly is okay. After all, this is a treat you won’t be eating every day. Moderation is critical to achieving a balance between tasty eating and environmental consciousness. Now, let’s talk about how to clean, peel and devein shrimp. Prepping shrimp correctly is the key to the most exquisite seafood specialties.

Do You Have to Devein Shrimp?

The dark vein that runs through shrimp’s back is their digestive tract. And yes, the brown, pasty stuff is the food the shrimp ingested recently. The good news is that shrimp eat tiny bits of plants, plankton and other relatively healthy micro-food, so you won’t get sick from eating its digestive tract.

Still, there are several reasons why you might want to devein shrimp. For starters, clean shrimp look nicer. Also, some people might not touch shrimp if it comes with its vein, especially if prominent. Having said that, small and medium shrimp are not always deveined, while large shrimp and prawns are almost always cleaned perfectly.

Keep in mind deveining shrimp is not always easy, and cleaning all your shrimp perfectly might be impossible, especially if you’re dealing with large amounts of seafood. In that case, clean the shrimp as best as you can. Unless you work at a fine restaurant, no one will judge you.

There are several ways of peeling and deveining shrimp, depending on what you’re doing with it. The first thing to remember is that you can devein shrimp without peeling it first. This is particularly useful if you’re grilling the shrimp or adding it to a soup or broth — the shell adds lots of flavor to soups!

In this case, use scissors to cut the shell across the shrimp’s back. Then use the tip of a knife to reach the digestive tract and remove it. Then cook the shrimp and let your guests peel them on their plates.

A second way to clean shrimp involves peeling and deveining them entirely before cooking. Here, tear off the legs and with the shrimp’s back down, use your thumbs to peel off the shell. It’s easier than it sounds. Then use the tip of a knife to devein the shrimp, and you’re all set. This is ideal if serving the shrimp on salads or with any sauce.

When peeling, leaving the tail is customary, but that’s mainly for aesthetics. Again, if the shrimp will be part of a more complex dish that will prevent your guests from removing the tail without making a mess, it’s best to remove it.

There are many ways of using shrimp, whether you devein, shell or leave them as is. Here is some inspiration to add shrimp to your diet.

Grilled Shrimp: Shrimp grills beautifully, especially if cooked with its shell. Be mindful that shrimp is ready in less than five minutes over a blistering grill, so don’t overcook them! Using a grilling basket or making shrimp skewers is an excellent way to prevent them from falling down the grill.

Pan-fried/sautéed Shrimp: Shrimp gains a lovely golden color when pan-fried with olive oil or butter and a little garlic. Garnish with fresh parsley, and you’re all set! These are also lovely over pasta.

Boiled Shrimp: Boiling shrimp on their own are ideal if you want to serve them with a side of hot sauce and lime wedges, and let your guests peel away until satisfied. You can also boil shrimp in soups to give variety to every spoonful. What is your favorite way of cooking shrimp? This is a versatile shellfish!

Never made shrimp scampi before? No worries. This easy shrimp scampi recipe is so simple, even a complete beginner can use it to make fancy-looking shrimp...

This amazing recipe shared by Gaziantep-born M. Zekeriya Çolak is a must for seafood dinners. Are you ready for a feast that will excite your guests?...

Shrimp Tempura is a Japanese appetizer of fried shrimp covered with tempura dough. These tender and crispy shrimps are perfect as a main course or appetizer....

Shrimp Etouffee is one of the delicious dishes of New Orleans cuisine. It is made with a combination of shrimp and a roux prepared with onions, celery,...

Let’s say it out loud, fast food is convenient, cheap, and quite tasty. We eat...

Gordon RamsayBorn in 1966 in Johnstone, Scotland, and growing in Stratford-upon-Avon,...

Spinach is super healthy; we all know that. But how healthy is it? And why is it...