What Is Bok Choy & How To Cook It?

Bok Choy is a lovely veggie, but how to cook it? There are many ways to make the most out of this leafy green. Here’s all you need to know about it! 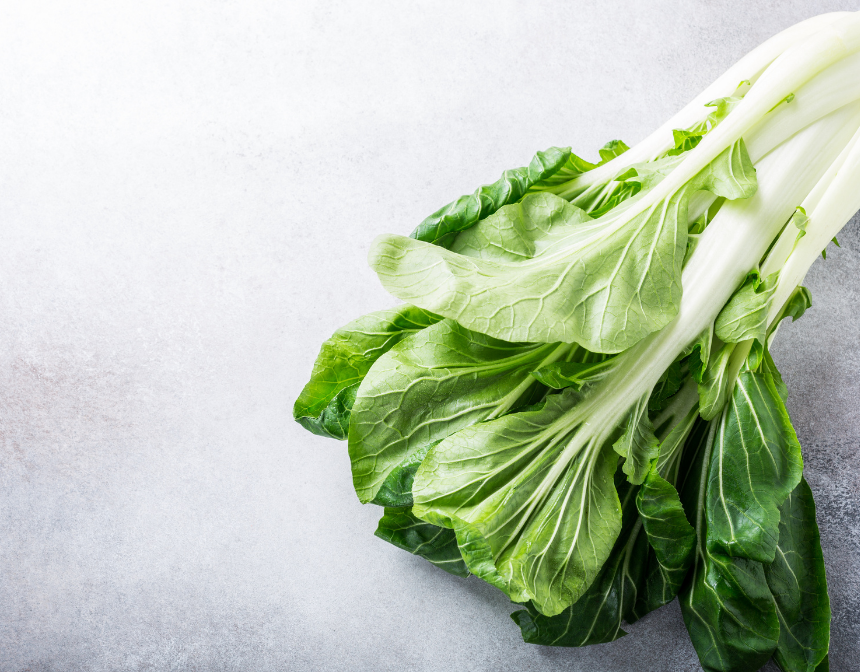 Bok Choy is a famous Chinese cabbage, and it’s as pretty as it is tasty. It’s versatile too! In fact, it’s a lovely starter, side dish and can even be the main event at your next dinner party if you know how to cook it. Here’s all you need to know about cooking bok choy and baby bok choy — all its secrets revealed.

What Is Bok Choy?

Bok choy, also known as pak, or pok choy, is a Chinese cabbage known for its bulbous, thick and snappy stem and elongated, bright, and dark green leaves.

The nutritious veggie is packed with vitamins and minerals, but it’s also quite tasty, so it’s easy to add to your diet. And once you know how to cook with it, you’ll want to make it often.

The difference between an awesome bok choy dish and a so-so one is the cooking method, so let’s head on and learn how to cook these beauties!

Bok choy is quite versatile. You can gently cook it with steam or toss it at high heat in a wok. The resulting veggie varies a lot, and each cooking method is more suitable for specific cuisines and occasions.

The good news is that you don’t have to stick with one cooking method, use them all to achieve different results — that’s the fun part. Who knew cooking veggies could be so exciting? Well, with bok choy, it is.

How To Cut Bok Choy?

To cook bok choy, you might want to cut it first, and it all starts by rinsing and disinfecting the bulbous stem and the leaves.

Once you have clean bok choy, you have two options. If you’re working with small veggies, commonly known as baby bok choy, you can leave them as-is. If they’re larger, just cut them in half lengthwise.

You don’t want to chop bok choy finely, although you can, because the vegetable has a lovely long shape and it’s quite elegant when served whole or in halves. Here are the most common ways of cooking bok choy.

Stir-frying consists of using a hot pan, preferably a wok, over high heat with very little oil. The secret here is keeping things moving, so you must literally stir the food as it cooks at insanely high temperatures.

Always start with a hot wok. Drizzle a little oil and throw in the bok choy halved or cut in quarters. It should take between 3 -8 minutes to end with crispy bok choy. Season it with soy sauce, and they’re ready to serve! Stir fry bok choy with other veggies and some noodles for a complete meal.

To grill bok choy over an open flame, you must work fast. After all, the leaves are pretty fragile. Brush the bok choy with cooking oil and season it with salt and pepper. Then, cook them in a charcoal grill or a gas grill placing the stems over the hottest part of the grill, as they take a bit longer to cook than the leaves.

You want the bok choy slightly charred for this one, so don’t worry too much about burnt bits. Season with soy sauce or teriyaki and enjoy! Serve grilled bok choy as a side with steak, sausages and other grill staples.

Sautéing bok choy is not all that dissimilar to stir-frying it. The only difference is that it takes longer since a frying pan is not as hot as a wok. You want to cook the veggies with a bit of oil and flip them a few times as if they were steaks. Baby bok choy will be ready in about 5 minutes over a high flame, and larger pieces will take twice as much.

Sautéed bok choy is a fantastic starter worthy of the fanciest dinner tables. Drizzle it with olive oil and balsamic vinegar for a Mediterranean feel.

Roasting bok choy in the oven is immensely satisfying and easy! You need not do much. Cut the bok choy in half and drizzle it thoroughly with olive oil — you don’t want it to burn!

Season with salt, pepper and your favorite spices (Cajun anyone?) and bake in a preheated oven at 350°F for 10 minutes. For crispier results, flip the bok choy once after five minutes, and try not to open the oven if not necessary. Don’t let that precious heat escape!

Boiling bok choy is not always recommended, as the veggie can lose its crunchy texture and get a bit soggy. Your safest bet is just blanching the bok choy for 3-5 minutes just to soften it up a little. Remember, you can eat bok choy raw! So, there’s no way of under-cooking it.

Still, bok choy is an excellent addition to any soup, so you can just add it chopped in quarters to chicken noodle soup for extra color, flavor and nutrition.

How To Store Bok Choy?

The best way to store bok choy for later use is to store it in the fridge in a zip-lock bag. Make sure the bok choy is dry. Actually, you might want to store it as soon as you get home with the groceries and wash it before using it. Excess moisture in the bag will cause the vegetable to rot.

Pickling bok choy is tons of fun as well, and it’s a great way of preserving it, but that’s another story. If you’re interested, look into it!

Bok Choy is Tons of Fun!

Bok choy is super versatile, healthy and tasty, especially if cooked right. As you see, the veggies are the perfect partner for any meal, and you can enjoy it in salads, soups, noodles or as a lovely side dish.

Start cooking with bok choy today and become an expert. The best way of learning how to handle the Chinese veggie is cooking it, so have fun!

It is one of the most popular recipes of Far Eastern cuisine. There are many varieties, chicken and vegetables are among the most consumed. If you want...

It is among the easy and nutritious soups of Turkish cuisine. The source of protein is the great harmony of green lentils with noodles! It is a hearty,...

Soybeans are a type of pod that has become one of the most consumed foods in the world. They are extremely beneficial to human health and are also easy...

If you’re planning your wedding, you know there’s lots to consider, from the...

Most Popular Types of BBQ

Over recent years, more and more people have been getting into different BBQ trends...