Heavy cream is rich and wholesome, and it gives body to many baking recipes. If you don’t have it around, here are the best heavy cream substitutes. 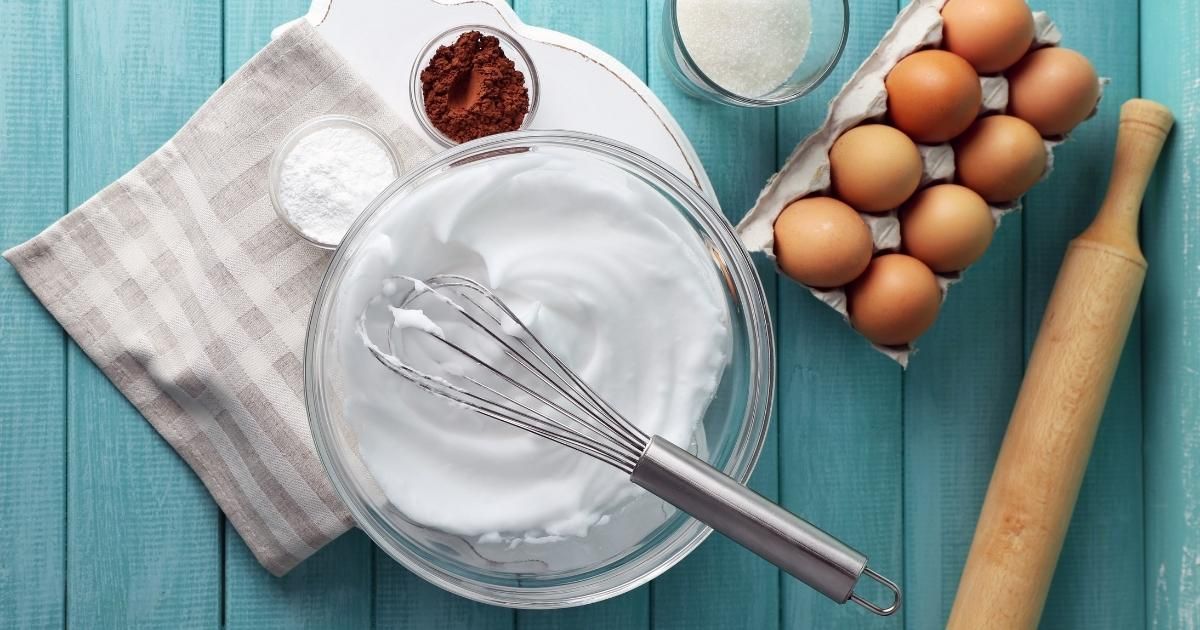 Heavy cream, like milk and butter, can be substituted with great success in any recipe. Whether you’re avoiding dairy or are simply out of the creamy ingredient, these heavy cream substitutes are for you.

Explore the different heavy cream alternatives and find the right one for every baking project. Few ingredients are as wholesome and hearty as heavy cream, but there are ways to bake without it.

What Are The Best Heavy Cream Substitutes for Baking?

Heavy cream gives many baking recipes moisture, body, texture and flavor. When it comes to dairy, substitutes abound, but there aren’t many for cream, even if we have more milk alternatives than ever.

How to find the proper substitute for heavy cream? Well, read on and see our favorite alternatives. Keep in mind some will work better in specific recipes, and others are best for others. In cooking, experimenting a little goes a long way, so find the best heavy cream substitute for your recipe!

Here’s our list of a few heavy whipping cream substitutes and every other substitute for heavy cream.

Greek yogurt has more protein and fat than regular yogurt, but any type of yogurt is an excellent substitute for heavy cream.

Mixing the yogurt with equal parts of milk is typical to give it a runnier consistency. Yogurt is perfect for cakes that call for cream, like some pound cakes. Make sure you use unsweetened yogurt. It’s also worth mentioning you can’t whip yogurt, so it’s not a heavy whipping cream substitute.

Substitute heavy cream with a combination of milk and butter with a ratio of 3:1. The combination will still be runny, a bit like regular milk, but the fat content will be ideal for substituting cream.

Make sure you use whole milk at room temperature and melt the butter completely before mixing. You can whip milk and butter to a soft peak texture, but you rarely get stiff peaks. This is still an excellent substitute for cream in baking recipes that don’t call for whipped cream.

The downside? Soy milk and olive oil don’t whip well, so you can’t use the combination instead of whipped cream. For every other recipe, this is a fantastic vegan alternative.

Milk alone is an excellent substitute for heavy cream, and the only significant difference between them is their texture (due to a higher fat content). A natural thickener, like cornstarch, can help make milk creamier.

Make sure you warm the milk to prevent lumps, and you might need to combine the ingredients with a hand mixer. Two tablespoons of cornstarch are usually enough to thicken one cup of milk.

Other than that, you’ll get thicker milk, which is low fat, too. This solution works for every baking recipe, but don’t try to whip the mixture, as it won’t rise.

Coconut cream and the thicker types of coconut milk are ideal heavy whipping cream substitutes. You can whip coconut milk, coconut cream or the combination of the two and achieve stiff peaks.

Nutritionally, coconut cream is similar to heavy cream, especially in calories and fat content. And although you can use coconut cream or milk in any heavy cream recipe, this substitute is best when stepping in for whipped cream.

Make sure you work with unsweetened coconut cream, though, as sweet versions tend to be more prevalent than unsweetened ones.

Although you can’t whip cream cheese, the silky ingredient is still a good alternative for heavy cream in baking projects. Cream cheese is ideal for cream-based frostings and cake toppings.

Sour cream is not the best substitute for whipping cream, though, and there’s one more thing to consider — sour cream is sour! The high amounts of lactic acid in sour cream are noticeable in sweet and savory recipes, which is not necessarily bad. Sour cream is best used for savory food, including soups and cream-based sauces.

Cottage cheese is a versatile ingredient and a suitable heavy cream substitute, even at a 1:1 ratio. Still, cottage cheese comes with its own challenges.

Cottage cheese is lumpy and somewhat firm, so you need to blend it with a splash of milk to give it a heavy cream-like consistency. Cottage cheese is also tangy, so you’ll have to deal with it just like you’d do when using sour cream. Of course, you can’t whip cottage cheese, but it can do wonders for soups, dressings and sauces.

Evaporated milk is not cream but milk that has lost almost half its moisture, and this makes it thick and rich and a lovely substitute for heavy cream at a 1:1 ratio.

Evaporated milk has a distinct taste, but it won’t change your food’s profile noticeably when using it for heavy cream. Other than that, this is one of the most versatile and readily available alternatives on our list. Use evaporated milk instead of cream in sweet and savory recipes, as long as you don’t need to whip it.

Half and half is an obvious choice for heavy cream alternatives; the lesser-common ingredient is already half heavy cream — the other half is milk.

Half and half won’t whip well, but it will deliver in any recipe that calls for heavy cream in both the sweet and savory department. What is your favorite substitute for heavy cream?

Chicken Fried Steak is a breaded steak. It is traditionally coated with flour, breadcrumbs, and egg, like fried chicken, and fried. It is served with white...

Beurre Blanc is a classic French butter sauce. It is prepared with white wine, vinegar, and butter. It has a velvety and rich flavor. It also pairs perfectly...

Key Lime Cheesecake is a combination of lemon pie and classic cheesecake flavors. It is a perfect dessert for summer with its creamy texture and refreshing...

Frittata is a delicious Italian omelet. This easy-to-prepare and delicious recipe could be your favorite brunch dish. Frittata, made with just a few ingredients,...

Does the miracle of nature fit into a cup? Yes, thanks to herbal tea, everything...

Oatmeal is a really easy way to ensure you’re starting your day off right. A bowl...