Let’s explore the different frozen desserts worldwide and find a new favorite for summer. Frozen desserts are the most refreshing treats. What’s not to love? 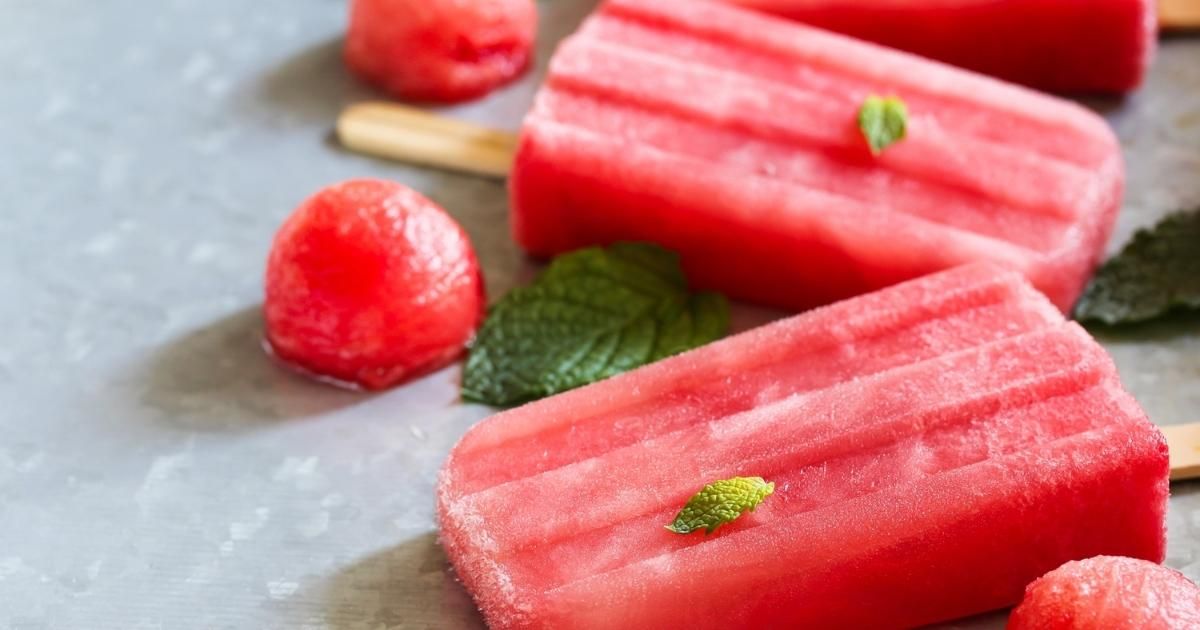 Frozen desserts come in all colors, shapes and flavors. There’s a frozen treat for everyone, and they’re all deliciously sweet and refreshing.

These are the most popular frozen desserts in the world. Find a new favorite and keep your cool this summer.

What Is a Frozen Dessert?

Frozen desserts are just that. Sweet treats made and served to be enjoyed at a low temperature, often made with ice, sugar and a flavoring ingredient. And although you can find frozen desserts at your local convenience store, the category is relatively recent. After all, refrigeration became mainstream in the 19th century. Before that, frozen desserts were only available thanks to the complicated ice harvesting; back then, frozen desserts weren’t very sophisticated.

What Are The Different Types of Frozen Desserts?

We could roughly categorize frozen desserts by their ingredients since many contain milk, like ice cream and milkshakes. Others are ice, sugar and flavorings, like snow cones. Still, every frozen dessert is different, so let’s talk about the most common varieties and what makes each special.

What’s the best frozen dessert? That’s up to you! We all like different things, and there’s a frozen treat for every budget, palate and occasion. When it comes to refreshing desserts, any of the below will do on a warm summer day.

Ice cream is the most popular frozen dessert, and it’s a lovely quick snack as well. There are hundreds of ice cream flavors, but most of them are made with milk or cream, a sweetener and something to give them flavor, whether chocolate, vanilla or others. Traditional ice cream recipes call for egg yolks as well.

The secret behind making ice cream is allowing the mixture to freeze while stirring or “churning,” forming tiny ice shards instead of a solid block of ice. Stirring also incorporates air bubbles into the mix, which gives ice cream its smooth mouthfeel. It goes without saying, ice cream has evolved, and now you can find vegan ice cream and other non-traditional versions to cater to any need.

Sorbet is a simple but delicious frozen dessert and palate cleanser. It’s sometimes called water ice, and it’s because it’s basically sweetened ice, often flavored with natural fruit or juice. Unlike ice cream and gelato, sorbets don’t contain dairy, but flavor-wise, they can be just as varied.

To make sorbet, one must freeze the mixture while whipping or stirring to prevent large ice shards from forming, creating an airy texture that melts in your mouth instantly. Sorbets might have their origin in Ancient Persia, but classic French chefs adopted them for the frozen treat’s delicate flavor and texture.

Gelato is Italian ice cream, but it’s more than that. There are significant differences between these two popular frozen desserts. For starters, gelato is less airy than ice cream since it is produced by churning it slowly. It also contains less cream and will never have egg yolks.

Gelato is silkier and denser than ice cream, and it’s often more natural, as commercial ice cream relies on artificial flavorings and stabilizers — gelato is still usually made artisanally. Gelato is a beautiful choice for a somewhat healthier ice cream alternative.

Snow cones and similar frozen desserts like granitas are made by shaving large blocks of ice, resulting in finely grained ice shards that are then flavored and sweetened with syrups.

Snow cones are more granular than sorbets since they’re made by shaving ice instead of freezing a liquid while stirring. Shaved ice became popular during the Industrial Revolution when large blocks of ice could be easily produced and distributed. The frozen dessert became an instant success and a canvas for creativity. The syrups and flavorings used are the heart and soul of this cold dessert.

A slushie is a unique frozen dessert and cold beverage made with water, flavorings, sugar and colorants in a slushie machine that keeps the mixture in motion as it freezes.

The automated process, created sometime in the 1960s, became a success, particularly in self-service establishments where people could pour themselves a slushie for a quick and refreshing ready-made treat.

Two main types of slushies exist, those made with regular water and those made with carbonated water or soda. The latter is frothier, thanks to the tiny carbon dioxide bubbles trapped in the ice.

Who doesn’t love a creamy shake? Milkshakes are among the most popular frozen treats, although they’re better known as beverages than desserts. Still, milkshakes are a dessert in their own right.

This frozen delight is made with milk, ice cream and your favorite sweetener, flavoring and other ingredients, from crushed Oreos to nuts — blend everything, and you’ve got yourself a milkshake.

People created milkshakes in the late 1800s, and some contained a shot of whiskey, eggs and other now-uncommon ingredients. Now, of course, milkshakes are a soda fountain specialty and are made without alcohol.

Soft serve, soft-serve ice cream or soft ice is a unique frozen dessert made with milk, flavorings and sweeteners. Soft serve is made in an automatic machine that keeps the mixture cold and in constant movement. Press the button and watch the creamy mixture fill your cone.

Soft serve contains less milk-fat than ice cream, and it always contains artificial flavorings and additives, which come in the powdered mix that the users combine with the dairy to make the soft serve mixture. Soft serve is famous in self-service stores, supermarkets and other public places and goes back to the early 1900s.

A tasty grab-and-go snack we’ve all made at home at least once — frozen pops. We’re talking about frozen water, often sweetened and flavored with fresh or artificial ingredients, and frozen with a stick to let you pull the pop out of its mold and grab it.

Known as ice pops or popsicles, this frozen snack on a stick is frozen solid, unlike all other desserts on this list, but the flavor infused into the block of ice is what keeps everyone coming back. Frozen pops might go back to the late 1800s — they were called hokey-pokey!

The famous frogurt is a trendy frozen dessert that has earned a spot amongst the most consumed frozen treats in the world. Frozen yogurt is creamy and delicious, but it’s also slightly tangy, and acidity makes this one irresistible.

Frozen yogurt has the same ingredients as ice cream — milk or cream, sugar and a flavoring. This treat also contains bacterial cultures, which turn cream into yogurt in the first place. Other than that, frozen yogurt comes in all flavors, and its constituents vary widely. Still, the treat’s tanginess is always present.

Let’s end up our frozen dessert list with Frozen custard. It is a creamy frozen dessert made with cream, sugar and eggs. It is not dissimilar to ice cream but is often denser and thicker.

Egg yolks are part of some traditional ice cream recipes, but they are critical in every frozen custard recipe. Egg yolks stabilize the mixture of water and milk fat, creating a smoother dessert. This treat has been around since 1919 in the United States and is still popular, especially in the Midwest. Frozen custard might just be the densest frozen dessert, but it’s not nearly as popular as ice cream or gelato.

It will be an indispensable for snacks and cinema enjoyment. You should give this delicious ice cream a chance everyone in your family will love.

Ube Ice Cream, which belongs to South Asian cuisine, can be prepared with cream, condensed milk, and ube powder. How about learning how to make this recipe...

When it comes to forest fruits, the first thing that comes to mind is blackberry. Here is the quite different form of blackberry. It is a dessert that...

Banana Ice Cream or Nice Cream with frozen bananas, milk, and sweetener. It is one of the favorite flavors of summer evenings with its creamy texture and...

If you’re planning your wedding, you know there’s lots to consider, from the...

Roux is an apparently simple combination of ingredients, but it can turn any sauce,...