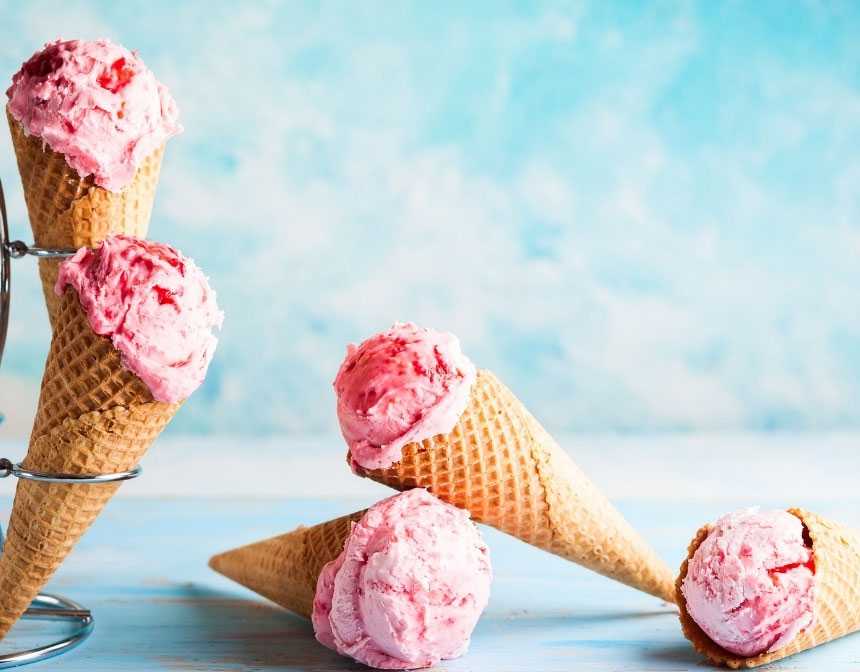 The exact date, year or the inventors can’t be known but traces of ice cream’s origin date back thousands of years right into the second century BC. There are records regarding Alexander the Great enjoying ice, flavored with nectar and honey while many Biblical sources say that King Solomon used to love iced drinks during the harvest. Roman emperors used to send for snow and ice in the mountains.

Despite all these claims and records, it’s not easy to discern definitely when ice cream was invented. Let’s try to take a more detailed look at its origins, the ice cream history and things you need to know as an ice cream-lover.

The modern ice cream boom happened as a result of the 20th century industrialization that brought forward new refrigeration methods and commercialized its sale in the food market. However, as a summertime delicacy, historians have traced ice cream’s origins back to the early human civilizations around 2500 years ago. Due to the immense information gap in this period, most of ice cream’s actual origin history is lost and the credit for inventing Ice Cream can’t be laid out to one region in an unambiguous manner.

According to many other sources, it was China in the 3rd millennium BC to come up with the idea of frozen desserts while other myths indicate that the Mongolians brought it into China during their aggressive expansion into other territories. Since Mongolian invasion left earlier Chinese history tainted, it’s not possible for food historians to say with certainty about either of these claims.

Use of Ice Cream in Persian Empire

Persian Empire was one of the earliest to venture into the world of extravagant and difficult-to-make summertime delicacies that used ice in various combinations alongside fruits, grape juices and other flavors. Their techniques and methods in making sorbets and ice cream recipes travelled to many regions including the Mediterranean belt and the Roman Empire.

When tales of an iced dessert began leaving the borders and shores of the Persian Empire, it was only inevitable for other empires and nations around the world not to catch wind of it. Recipes of Persian ice based sorbets traveled towards the Mediterranean and Europe inside Ancient Rome where it was welcomed by the royalty and officials alike. Since Roman history is extremely well preserved, it’s safe to say that many Roman emperors were obsessed with these iced desserts.

They liked the idea so much that they used to send scores of soldiers and slaves running sorties towards snow-covered mountaintops just to bring fresh snow back to prepare cold desserts like ice cream for them. Many European historians suggest that it was Marco Polo, the thirteenth century venetian traveler who brought the ice cream recipes to Europe.

Due to the gigantic price tag in creating and storing, ice cream remained within the confines of the super-rich out of reach from common citizenry everywhere around the globe for a long period of time. Somewhere between the years from 9th to 11th centuries, Chinese and Arabians made certain inventions that allowed Europeans to see ice creams in a different way altogether with milk based frozen products giving rise to the new Gelato, Neapolitan ice cream etc.

The huge prices and technological limitations involved in ice storage kept ice creams out of an ordinary citizen’s hands until about the seventeenth to eighteenth century. During this time, people found ways to collect ice at an optimal price and innovations to keep it preserved underground reached the North American and European continent.

Many records and historical references indicate that ice cream officially paved its way into America in 1744 when a British colonist from Scotland visited Maryland’s governor and then published about eating delicious strawberry ice cream there. This helped ice cream make an entry into the White House during George Washington and Thomas Jefferson’s presidencies.

They wholeheartedly welcomed the new summertime treat however, it stayed within the confines of the upper elite class. It wasn’t until the mid-1800s that a milk dealer from Pennsylvania started an ice cream factory in a bid to utilize unsold milk, paving way for ice-cream’s mass production.

The Ice Cream Industry and Commercialization for the Masses

Yes, ice creams tasted great and gave a delicious relief in the peak summer hours but the thing that prompted companies to pour hundreds of thousands dollars into refrigeration was the humongous cost of producing, storing and transporting coffee.

This economic value of ice cream was one of the factors that fueled the development of refrigerators through the industrial boom era resulting in immense breakthroughs for the fridge industry. 1851 was the year when the ice cream makers were finally able to start mass-producing ice cream and decided to sell ice cream at a larger scale.

Starting in the last part of the 19th century, the industrial revolution made it possible for ice cream to not only be stored in ice houses but also transported in special vehicles across distances, helping the ordinary people to get a taste at a massive scale for the first time ever.

When freezers became more common during the 30s and their sizes became house-friendly, ice cream began penetrating the American household at an unprecedented level. It was hailed as a symbol of America’s superior living standard and power so much so that ice cream was frequently used by the military in World War II to boost the morale of troops.

Today, in the United States alone, 1.6 billion gallons of frozen delicacies and ice cream are produced every single year. You can find it easily on menus at any restaurant or at dedicated ice cream shops and ice cream parlors in the world. It’s no longer a treat reserved for the elite. In fact, you’ll rarely come across people who have never held an ice cream cone in their hand!

When it comes to forest fruits, the first thing that comes to mind is blackberry. Here is the quite different form of blackberry. It is a dessert that...

It will be an indispensable for snacks and cinema enjoyment. You should give this delicious ice cream a chance everyone in your family will love.

One of the most delicious desserts of French cuisine. This exquisite taste of chocolate will make you happy.

This is the right recipe for the chocolate lava cake. It is very easy to make. Fluid creamy chocolate will be delicious for you and your guests.

The British must know the taste of his mouth. Desserts, which are among the most popular varieties of English cuisine, clearly reveal this. These unique...

When ‘Thanksgiving’ is celebrated with the family, a traditional flavor also takes its place: Pumpkin Pie. Pumpkin symbolizes the harvest time. This...

If you love desserts checkout Best Desserts Around the World

One of the most important parts of a healthy diet is green leafy vegetables. Filled...

Sushi is one of the most popular foods worldwide and a worthy ambassador for Japanese...

The Best Chinese Restaurants What appears as simple and authentic Chinese dishes...