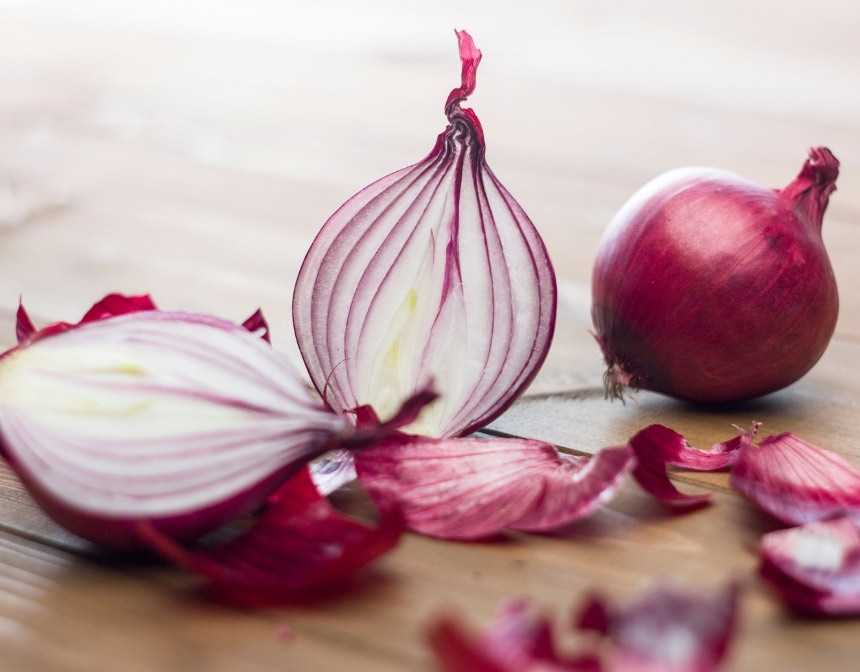 Cutting onions can be a nightmare, but by keeping a few top tips in mind, you’ll be able to nail it every single time! There are ways to cut onions up beautifully, and do it without crying!

How to Cut an Onion

Okay, there’s every chance that you’ve been cutting an onion wrong for a long time now. Up until I did some research, I discovered that I’d been doing it wrong too!

The best way to cut up an onion is, predictably, to start with a really sharp knife. The sharper your knife is, the smaller your little chunks of onion will be - so get your knife sharpener out!

Now that we’ve got a nice, sharp knife, let’s get started. We’re going to slowly go through it step by step - this is a really important knife skill to develop.

Firstly, cut off the top sprout of the onion and remove the skin. This is just so that you don’t get any onion skin in the food that you’ll be eating. It won’t affect the taste, but it will definitely affect the texture to have a strange, papery flake in your food. It’s important not to chop off the roots at this step, as that will be how the onion will stay together during chopping.

Next, cut the onion in half, roots and all. Once you’ve got two halves. Lie them flat-side down, and turn them so that where the shoot previously was is pointing towards you.

Taking your knife, make vertical cuts along the length of the onion halves, roughly a centimeter apart. Try to get the end of the knife as close to the roots as you can.

Then, turn the onion so that the cuts you just made are perpendicular to you. Turning the knife to a 45˚ angle, make an incision roughly ⅔ of the way into the onion - across the width. This will ensure that you don’t get any chunks that are too thick to cook at the same rate as all the other chunks.

Finally, keeping the onion in the position that it’s in, place your fingers on the top of it with the piece you’ll be cutting clear of your fingers.

Cut through the onion all the way, and gently tip the knife away from the rest of the onion so that the chopped parts fall onto your chopping board, away from where you’re working. Move your hand half a centimeter or so away from the place you just cut and cut again. Continue this until you get to the roots, and throw that last part away.

While that might be a particularly long-winded way to describe how to cut an onion up - it will ensure that you always do it well. Give it a go, and before you know if you’ll be chopping like a pro!

How to Cut Onions with No Tears

There are, really, only two ways to cut onions up without crying - do it quickly, or do it with the aid of water.

The reason onions make you cry is that there’s a gas which they release upon being cut. This gas irritates your eyes, making you cry.

Cutting an onion quickly simply means that the gas doesn’t have much time to be produced before the diced onion is in the pan and cooking. As I get a lot of practice dicing onions, this is my preferred method. However, it isn’t really a good way to prevent it - you’re just delaying and avoiding the inevitable.

A much easier and more foolproof way to prevent crying while chopping onions is to dunk the onion in ice water. This ice water means that the onion is chilled enough to release the gas into the water, leading to no gas being released upon chopping.

This method also works if the onion’s temperature is changed in a different way. For example, keeping an onion in the fridge does the same thing, and so does boiling one. The problem with a lot of these methods, however, is the time they may take to set up.

For example, unless you’ve got an ice maker, making an ice bath requires a little too much preparation to be an easy solution. Therefore, we’d recommend storing onions in the fridge - that’s sure to help.

Another method that has often been recommended to me in the past is to chew gum while chopping onions. On the surface, this seems to make sense - very minty gum may help to distract your nose from the gas of the onions. In practice, however, this doesn’t work! While it may make you cry a little less, it isn’t a great way to prevent crying entirely, and just helps you to end up with a strange mint-and-onion flavor.

Now that you learned how to cut onions, here are some delicious recipes you can make with it

The benefits of Jerusalem artichoke to our health are endless. Give a chance to this vegetable, which is a good alternative food especially for diabetics,...

A very healthy dish from the Turkish cuisine. You are going to enjoy these delicious veggie patties. You can make this as a side dish with any dinner menu....

Having an important place in Turkish culinary culture, the stew is one of the most familiar pot dishes. The stew, which can be prepared in many ways, but...

Asian cuisine, known as a very rich cuisine that hosts different tastes. One of these tastes is white cabbage with ground beef. This recipe, which combines...

All About Gordon Ramsay

Best 10 Donut Shops in the US

Donuts are an all-American favorite. The perfect grab-and-go breakfast, a superb...