Rum Guide: What Is It & Types of Rum

There are many types of rum, the famous sugar cane spirit that gives life to tropical cocktails. Rum is a noble drink with endless possibilities! 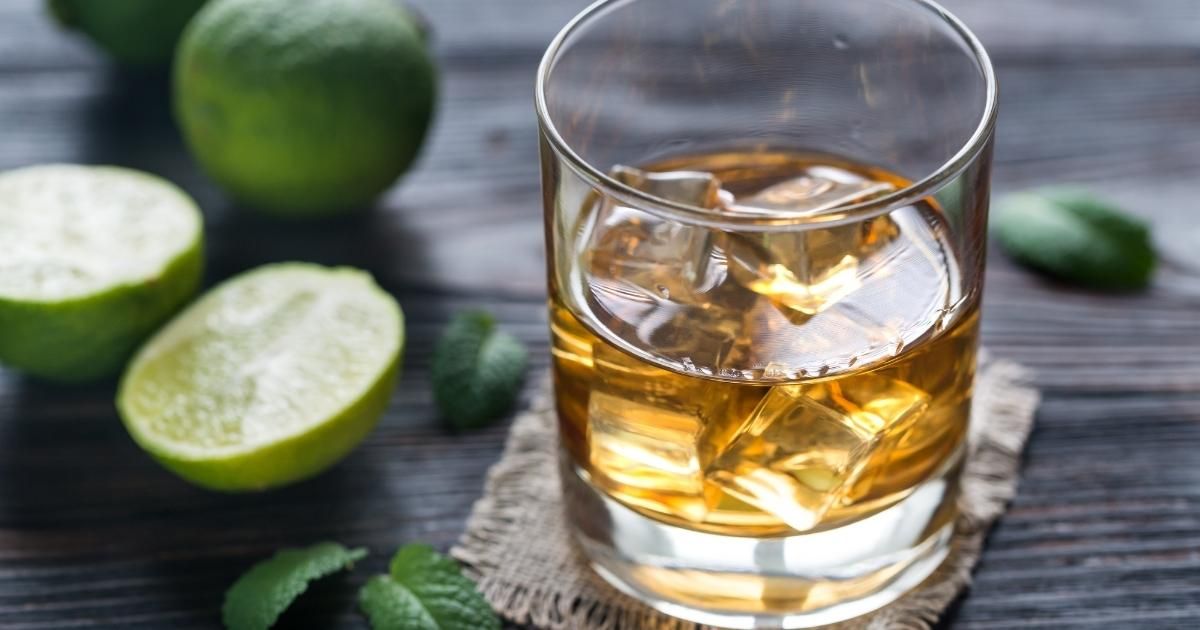 Rum is one of the most consumed spirits worldwide, and it’s an essential ingredient in dozens of tropical cocktails. Rum can really do it all!

And although all rum is delicious, not all types of rum taste and smell the same. Let’s explore the types of rum and how to enjoy them.

Rum is a distilled spirit made by separating ethanol in a fermented base, in this case, based on sugar cane molasses or, in rare cases, sugar cane juice.

Rum is also often aged in oak barrels, where it gains complexity, color and aromatics. This is the spirit of the Caribbean, although it’s produced in tropical countries worldwide.

Rum is a critical ingredient in some of the most popular cocktails, including the Rum & Coke and the Mojito. The finest rums, though, are up there with the most memorable brown spirits, and they’re very much enjoyed by amateurs and experts alike.

What Is Rum Made From?

Rum was originally a by-product of sugar production. When sugar cane is harvested, it is sent to sugar factories where it is crushed and the juice is separated to produce sugar.

The finest sugar is sold as is, but the process also produces thick and syrupy molasses. This molasses is fermented and distilled to make rum.

In rare cases, quality-minded rum-producing countries might use pure sugar cane juice to make rum, called "Rhum Agricole." That’s the case in Haiti, Guadeloupe, and Martinique, to mention a few.

What Are The Types of Rum?

Here are the most common types of rum, at least those available in most markets. You’ll surely find the right kind of rum for you. They’re all worth trying, though, so let’s mix some cocktails!

Let’s talk about a few common rum styles based on their color and aging. We’ll also talk about a few specialties, including spiced rum and the boozy overproof rum — these are all popular rums for cocktails, although a few are also enjoyable on their own.

The best part? You don’t have to choose. Every type of rum has its uses, and there’s one for every occasion and budget. Having a few different rums in hand is a great idea, especially if you’re putting together a cocktail party!

Light rum is the least expensive type of rum. This is sugarcane spirit bottled unaged, so it has no color or oak spices. These are often fiery and can be too harsh if tasted on their own. Still, light rum is the best type of rum for making cocktails, as its flavor will never overpower other ingredients.

Some types of light rum are indeed aged in oak barrels, but they’re charcoal filtered before being bottled, so they are crystal-clear. These might display vanilla and brown spice scents, making them very attractive. The most common light rum is Bacardi Superior.

Gold rum has no official definition, but these spirits are darker than light rums, while not necessarily dark. Gold rum, also called amber rum, is spicier and richer than white rum, but not as fragrant as dark rum. These are right in between, making them versatile and crowd-pleasing.

Gold rum is rarely expensive, so it’s a good value. Also, if you’re not all that into intense oak spice scents, this rum might be for you. Gold rum is not among the most popular types of rum, but some people love it.

Dark rum comes in many styles, but it’s always dark, thanks to some time spent in wood barrels. Oak taints the spirit, making it darker, although producers correct the color with a splash of caramel, and that’s okay too.

Some dark rums have a reddish hue, and others are almost black. Rum’s color, though, is not a sign of quality, at least not always. There are several inexpensive dark rums in the market. Of course, some of the finest rums fall into this category as well. Dark rum is spicier than gold and light rum.

Spiced rum is one of the most consumed, especially in the United States. These rums might not be of the highest quality, but they are delicious. The spirit is infused with vanilla and brown spices, and it often has hints of sweetness; they’re irresistible.

Spiced rum makes the tastiest cocktails. This type of rum is easy to mix as well; just combine it with soft drinks or juice. The most popular spiced rum is Captain Morgan, but there are many others. What’s your favorite spiced rum? And how do you enjoy it?

One of the most exciting rum categories is overproof rum. Many rum producers make this highly flammable rum, sometimes with an alcohol content of up to 75% (150 proof).

Overproof rum is often used in cocktails, and it’s not uncommon to see bartenders set them on fire—don’t try this at home. Bacardi 151 is the most popular overproof rum, but there are others.

These rums might be alcoholic, but they’re not exceptionally flavorful, so you should never consume them on their own—it can be dangerous!

This rum style is produced in French-speaking Caribbean countries. This spirit is of the highest quality, as the French control its production with the same standards they use for wine.

Rhum Agricole is always made with pure sugarcane juice, the good stuff, so the rum is more refined. These rums are the most consistent, so you always know what you’re getting. For sipping rums, Rhum Agricole is hard to beat. Expect to pay a premium for such exquisite rums, but they’re always worth the price.

How To Drink Rum?

Light rums are best enjoyed in cocktails. The mojito, daiquiri, Cuba libre, pina colada, and many others are tropical, thirst-quenching drinks that make the most of the sugarcane spirit.

If the rum spends some time in oak, it becomes much more complex and sophisticated. These are sipping rums to be enjoyed neat or on the rocks. You can usually recognize these by their higher prices.

Every type of rum has its uses, so experimenting is critical to finding your favorite style and the way you like to drink it. There are rums for every palate and occasion!

Strawberry Daiquiri is a summer cocktail made with strawberries, white rum, lime, and syrup. There are frozen or shaken versions available. This cold drink...

The mojito is one of the most popular cocktails of all time. Fresh mint, rum, lime juice, soda and sugar are all you need for this refreshing cocktail....

How to Melt Bain Marie Chocolate?

When melting a bar of dark chocolate, always cut the chocolate as thinly as possible...

Things You Need To Know About Butter

What is butter?Butter's raw material is mainly cream, obtained by concentrating the...