What Are Beets & How To Cook Them?

Learn how to choose the best beets and make the most out of them. We’ll also cover the different ways to cook beets. Cooking beets is easier than you think! 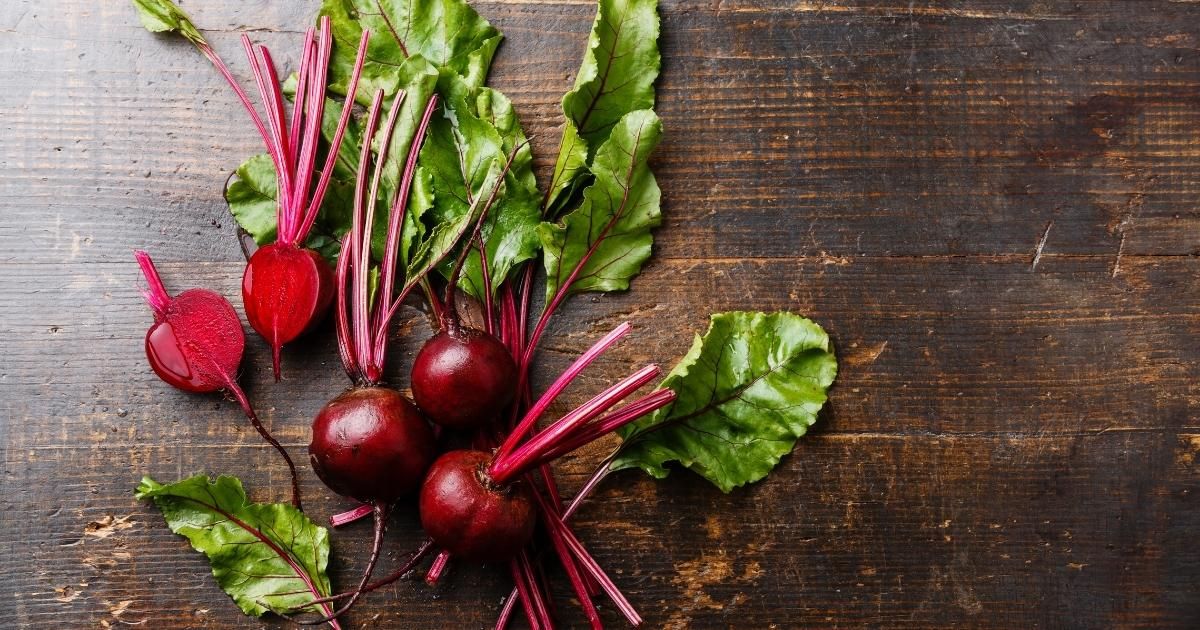 Beetroots are interesting root veggies, like carrots and other earthy bulbs. They have a leafy top and a bulbous and starchy root, and both are edible. Cooking beets, though, is a bit challenging. You can eat beets boiled, roasted and even raw, but how you cook them matters.

It is true, cooking beets can get messy fast, and it’s for its inky juice, but it’s not all that hard if you know what you’re doing. Here are the different ways to cook beets for every recipe. How do you cook yours?

Not to be confused with sugar beets, table beets are colorful root veggies that thrive in cold climates, mainly in Europe. Beets are a vital ingredient in many popular dishes, and thanks to the vegetable’s intense purple-red color, it’s instantly recognizable. Beet stains are hard to remove as well!

Beets or beetroots are part of the Beta vulgaris plant family, and you can eat their green leaves and bulbous roots. The interesting vegetable was first domesticated in the Middle East and was already consumed by the Ancient Egyptians, Greeks and Romans. Beets remained common during the middle ages, fast-forward a few centuries, they’re still popular — now on a global scale.

Beets are prized for a reason. They have a unique taste, and they’re versatile. In fact, you can cook them in many ways and add them to a wide variety of dishes, from starters to dessert. Beets are nature’s gifts, from the Mediterranean to the world! Let’s get to know them a bit more intimately.

Beets are not for everyone; let’s start with that. Yes, the root veggie has an attractive color, but its flavor is uncommon—think of a very moist, earthy, and somewhat sweet starchy vegetable.

It is sweet and somewhat meaty, a bit bitter but always refreshing. There’s nothing like beetroot. But the ways to cook beets influence their flavor as well. Being able to cook beets in one way or another makes them lovable—they have a place in salads, soups, roasts, and even desserts.

When steamed or boiled, beets show their purest form. Still, when grilled or roasted, their flavors merge nicely with smoky and charred undertones. If pickled, the acidity brings out the root veggie’s sweetness. So, yes. Not all beet dishes taste the same, which makes it essential to know the different ways of cooking them. Of course, it all starts with picking the right ones! Here’s how to choose the best beets from the pile.

How to Pick Beets for Cooking?

Today, you can find beets all year round, but beets are in season from November through January; this is when they are plumier, riper, and juicier.

When choosing beets, check out their leaves first; they should be bright green and lively. You should avoid beets that are ridiculously small or too large. Small beets might be too bitter, and larger ones might lack flavor. Medium-sized beets are right in the middle regarding sweetness and flavor.

Avoid bruised beets or those with any sign of damage. Don’t choose mushy beets either; they should always be nice and firm all around. Finally, make sure the beet’s taproot, the tip of the root, is still attached. That way, you make sure there’s no insect contamination.

The good news is that beets are resistant veggies. They have long shelf lives, and since they’re pretty firm most of the time, you won’t find it hard to get your hands on a few pristine examples. Beets are generally in great shape.

How to Cook Beets?

Now, for the most crucial question. How to cook beets? Here are the best ways to cook beets. Cooking beets differently produces unique results, so don’t just pick a method—try them all!

Raw: You can eat beets raw, provided you wash, peel, and slice them thinly. Cubed beets are common in salads. Raw beets have a unique snap and a firm texture.

Boiled / Steamed: Gentle cooking methods like boiling and steaming produce tender beets—they melt in your mouth. Cooked beets generally have a brighter color as well. Keep in mind that you can overcook beets, so be careful. You don’t want them mushy.

Grilled / Pan-Fried: Peel and dice or slice veggies before grilling or pan-frying. Direct heat methods are popular ways of blessing the root veggie with smoky notes. If grilling, use a vegetable basket. You can also wrap beets in foil and grill them whole—then you can turn them into a fantastic puree. Both butter and olive oil are compatible with the root veggie.

Roasted / Baked: Dry heat cooking methods will also render beautiful results. Since beets are reasonably moist, they won’t burn or dry out. They’ll just soften. A pinch of salt and an olive oil drizzle is all you need to roast or bake beets fast and easily. Again, try not to overcook them!

Pro tip: Peeling beets is easier after cooking. The peel comes right off with a squeeze. Otherwise, you’ll find the vegetable’s peel hard to remove, as beets have a thin skin.

How To Use Beets?

Once you have some beets around, it’s time to make the most of them, starting with the most important meal of the day, breakfast.

Beets give color and nutrition to smoothies, so there’s room for the red veggie in the morning. Beets are compatible with many flavors, including bananas, so you’ll find them easy to add to your shakes and smoothies.

Try beets in salads of caramelized cubed beets for a lovely side dish for lunch. Pickled beets are delicious in salads! Finally, roast a few beets to serve at dinner. And for a traditional recipe, try baking borscht soup! By the way, beet juice can give an all-natural flavor to cake frostings and other sweets. The sky’s the limit!

How to Store Beets?

Storing beets is easy. Like all other root veggies, you can keep beets on the counter, away from direct sunlight, for several days.

For more extended periods, store beets in the fridge, if possible, in their own Zip-lock bag. Keep an eye on excess moisture, as it can ruin the beets. Dry storage conditions are better for beets, potatoes, carrots, and other firm, starchy root veggies. Freezing beets is not the best idea since the root vegetable has a high-water content and might get mushy. Working with fresh beets is always better.

Pickled beets are also a thing, and they’ll last in the fridge indefinitely. There are many pickled beets available, but you can make yours as well with regular brine and chopped beets. Add your favorite aromatic herbs to make your pickled beets more memorable. This is among our favorite ways to cook beets.

Make sure you chop off the beets’ leaves and stems and store them separately; they’re great add-ons for salads. Store these in a zip-log bag as well.

This colorful and fun-looking plant based recipe is very nutritious. A healthy snack prepared with just a few ingredients. You can add anything you want...

Paşadayı, the new favorite square of Alaçatı in Çesme, has an amazing tapas restaurant 'Ortaya' serves you with its delicious delicacies. You should...

Rinse the buckwheat, than place in a medium saucepan and cover with 500 ml of boiling water. Cook for about 15 minutes until tender. Set aside.Heat...

Cut the beet stems and boil for 50 minutes with the lid closed in a pot full of boiling water. After filtering, peel and cut.Place sugar, starch and salt...

How To Roast Chestnuts?

Chestnuts are versatile nuts with a nutty flavor. That's why it's always good to...