If you love pickles as much as we do, then you’ve probably thought about making your own. Go for it! It’s a fun, delicious hobby that anyone can enjoy! 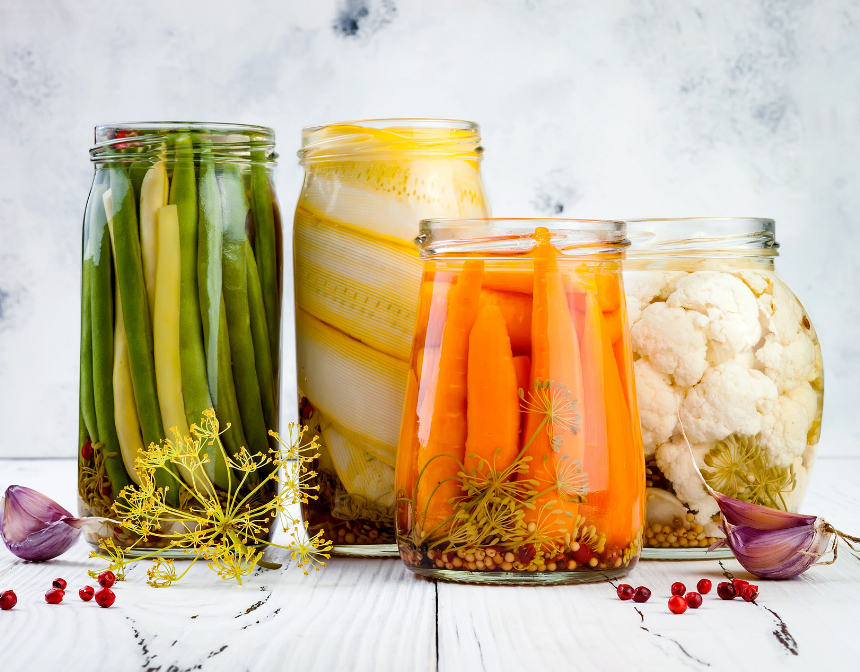 Before the advent of fridges and freezers, people pickled and preserved virtually everything. This means that the process of pickling has been refined time and time again so that it’s just as easy as it is delicious.

We’ve got all the information you need to pickle everything you might want, which is perfect for people just getting started.

What Is A Pickle?

The chemical process of making pickles is basically just a way to extend the shelf life of a given food. This is usually done either by fermenting the food as it is suspended in brine or immersing the food in vinegar. Over time, the chemical makeup of the food changes, and it starts to taste ‘pickled’.

How To Make Homemade Pickles?

Pickling onions are a great way to get started pickling things. They have a very approachable taste when they’re completed, and can be used in a number of recipes that you might already make at home.

To get started, you’ll need the onions, half a teaspoon each of sugar and salt, as well as ¾ cup of pickling vinegar. Typically this is white vinegar, but the choice is yours.

Start by slicing the onions while you boil three cups of water in a kettle. Peel and slice the onion quite thinly, or however, you might like them.

Then, take the container you will be used to store the onions. Add the sugar, salt, and vinegar, and then stir the mixture to dissolve everything. This is the process of making your pickling brine.

Now, you need to par-blanch the onions. This can be done by placing the onions in the sieve and placing the sieve in the sink. Slowly pour the boiling water over the onions, and all of them to drain completely.

Next, transfer the onions to the jar, and stir them gently to make sure that the brine is well distributed. Then, place the lid on the jar and store it. They will be ready in about thirty minutes, but get better after a few hours. Store them in the fridge, and use them within the next few weeks.

Pickling jalapenos is easy too! Plus it’s a great way to use them up during harvest season.

Start by combining a cup of water, a cup of vinegar, four tablespoons of sugar, and two tablespoons of kosher salt in a high-sided saucepan. Then, bring the mixture to a boil to dissolve the sugar and salt. Once the mixture is boiling, slice your jalapenos and add them to the pot.

Once the jalapenos are added, take the pot off the heat and let them sit for ten to fifteen minutes. During this time, they will start to turn that olive-green color that you’re familiar with.

Use tongs to transfer the jalapenos to as many jars as you need to hold them all. Then, pour the pickling liquid over the top of the peppers in each jar, and allow the mixture to cool to room temperature. Once cool, place a lid on the jar and keep refrigerated.

This recipe will work with fifteen to twenty large jalapenos, so you might need to increase the quantities up or down a little depending on what you have available.

The thing that makes dill pickles taste how they do is the addition of dill, unsurprisingly. This just means that sprigs of dill will be in the jars during the canning process, leading to the flavor being transferred.

To get started, you’ll need eight to ten pickling cucumbers, along with two cups of water, 2 cups of white vinegar, a quarter of a cup of cane sugar, and two tablespoons of sea salt. Of course, you will also need a few good-sized sprigs of dill for each jar.

Start off by slicing the cucumbers lengthwise into quarters to make dill pickle spears. Then, divide the cucumbers among jars, along with your sprigs of dill.

Heat the water, vinegar, sugar, and salt in a saucepan over medium heat to make the brine. Let the brine cool slightly off boiling, and then pour it over the cucumbers. Set the mixture aside to cool to room temperature, and then store the pickles in the fridge. They’ll be perfect in about five to six days!

To get started with this classic sandwich filler, you’ll need about a kilo of beetroot, along with 700ml of white wine vinegar, and a hundred grams of light brown soft sugar.

You’ll need to cook the beets before you pickle them to ensure they’re edible straight from the jar. We’d recommend roasting them in a 200˚C oven for an hour - that will make them perfectly tender. After they’re done, cut them into the shape that you want.

Make the pickling vinegar by heating the vinegar and sugar with any spices that you want to add to the mixture. Ensure the sugar is dissolved.

Pack the beets into sterilized jars, and add a teaspoon of salt to each. Then, pour over the hot vinegar mixture, and seal. After two weeks, they will be perfectly ready to eat!

Get started by gathering a bunch of radishes, ¾ cup of pickling vinegar, ¾ cup water, 3 tablespoons of honey or maple syrup, and two teaspoons of salt.

Prepare the radishes by slicing off the tops and bottoms before using a knife or mandoline to slice the radishes into thin rounds. Pack the rounds into your canning jar, and top them with any spices you might want to add.

Prepare the brine by combining the vinegar, water, honey/maple syrup, and salt. Bring the mixture to a boil, and then pour it over the radishes.

Let the mixture cool to room temperature. We’d recommend putting the jar in the fridge once cooled, and eating the radishes in the next five days.

Are Pickles Good For You?

Yes and no - there are two sides to the coin.

Pickles are sometimes made through fermentation, and fermentation done in this way produces beneficial bacteria which can really help with gut health. This means that, in turn, pickles can aid gut health a little. However, to have a noticeable effect, you’d have to eat an awful lot of them.

On the negative side, pickles are very heavy in salt thanks to the brining process. Too much salt in your body can affect your health very negatively, so should really be avoided. Again, though, to have a noticeable bad effect on your health, you’d have to eat a lot of pickles - so many that it isn’t really worth worrying about.

Here are some delicious Pickle Recipes:

Don't you want to know the benefits of pickled cucumbers for your health?Regulates digestion.It is a powerful antioxidant.Lowers blood pressure.It provides...

A flavor that will enrich your table with each dish.

The lemon pickle, an indispensable part of Indian cuisine, is found both on the table and as an appetizer. If you have never tasted or tried it and admired...

How To Cook Ground Beef

Using ground beef in your kitchen can be a little tricky. While we all have tips...

All About Gordon Ramsay

Trying to find which movie to watch with dinner? Here are some suggestions.