What Is Amaranth & How To Use It?

Amaranth seeds are more versatile than you think. The tiny amaranth grain is genuinely interesting. Learn all about amaranth, how to cook with it and more. 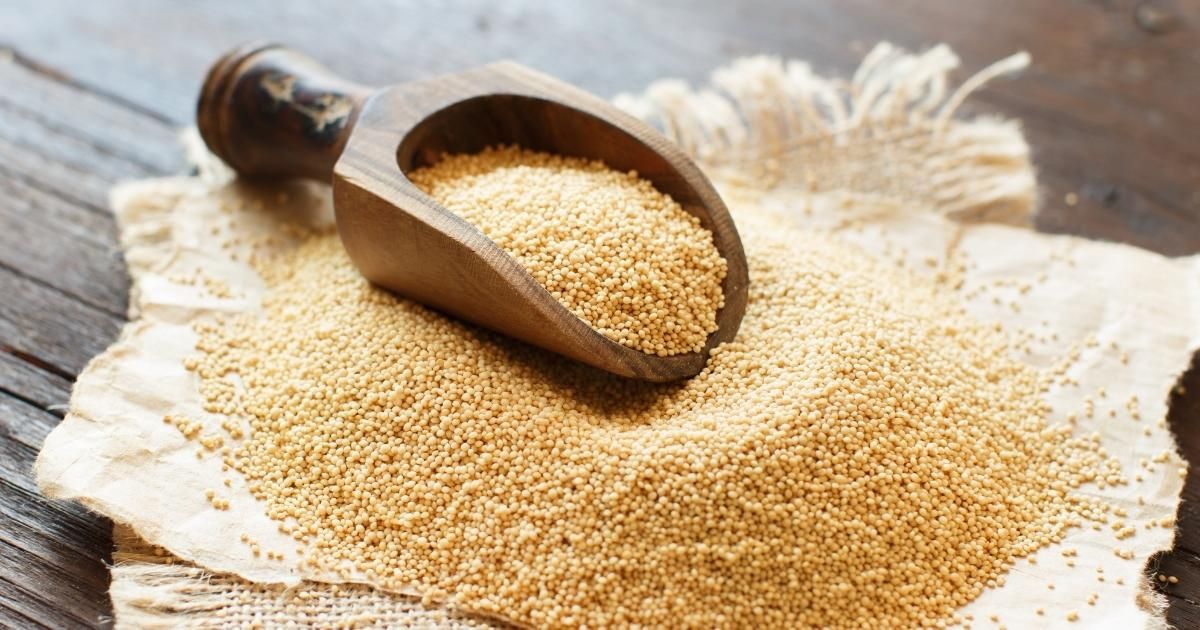 Amaranth seeds are small grains with lots of nutrition and a nutty flavor. Amaranth is fascinating, especially if you know how to use it.

Here’s all you need about the amaranth grain and how to add amaranth seeds to your cooking. Few seeds are as tasty and versatile as this interesting superfood.

Amaranth is in vogue and is now considered a superfood along with a few nuts, fruit and seeds. Still, Amaranthus has been around for thousands of years. Interestingly, not many people know what amaranth is or what to do with it.

Well, here’s the ultimate amaranth guide. All you need to know about amaranth seeds. There’s no doubt the amaranth grain deserves a spot on your weekly shopping list.

Let’s explore amaranth’s origins and compare it to similar ingredients, including quinoa and couscous. Finally, let’s talk about amaranth’s health benefits and how to cook with it.

Amaranth is part of the Amaranthus plant family, which comprises plants cultivated for their leaves and seeds. Some are even ornamental plants. Some types of amaranth grow in every corner of the earth, but only a few are coveted for their seeds, and the most prized come from South America. Each plant grows several fruits, which contain hundreds of tiny, round seeds. These seeds, often considered a cereal, are what most of us know as amaranth.

Amaranth is considered an ancient grain and has been part of people’s diet for millennia. Amaranth is nutrient-rich and gluten-free, making it a fantastic alternative to more prevalent grains, especially when ground into powder.

The seeds also contain antioxidants that keep free radicals at bay, responsible for oxidative stress and premature aging. The grain can even reduce inflammation and lower cholesterol levels!

Amaranth, though, is as versatile as it is healthy. Add it to smoothies, sprinkle it over salads or pasta, or stir it into soups and stews. Amaranth is a beautiful morning cereal as well.

For an attractive and easy-to-use superfood, amaranth has you covered, especially if you can’t or won’t eat gluten. Let’s compare amaranth with similar foods and see what’s best for you.

What Are The Differences Between Amaranth and Quinoa?

Quinoa is a Latin American grain prevalent in Peru. Quinoa looks remarkably similar to amaranth, as they’re all small round grains. Still, they’re not as similar as you might think.

Both quinoa and amaranth are ancient grains, better said, pseudocereals, and they’re both gluten-free. Amaranth grains are smaller than quinoa, and they have a nuttier, slightly herbal taste. Quinoa has a neutral flavor not dissimilar to other grains you might be used to.

Gram for gram, amaranth has more calories than quinoa and more carbs. They contain identical amounts of dietary fiber, but amaranth has slightly more protein than quinoa.

As for historical differences, amaranth is often related to the Aztecs, while quinoa is a staple food in the Andes and was most probably consumed by the Incas. There’s no doubt quinoa and amaranth are healthy superfoods worthy of being part of your diet. You don’t have to choose; consume them both. They’re just that good.

What Are The Differences Between Amaranth and Couscous?

As mentioned before, amaranth is a pseudocereal that shares similarities with grains like wheat. It’s easy to see why one would mistake amaranth with couscous, but unlike our comparison with quinoa, these two ingredients are completely different.

Couscous is coarse wheat flour, specifically semolina wheat flour. Couscous contains gluten and not nearly as many nutrients, oils or protein as what you’d find in amaranth.

In fact, couscous is not considered a superfood — it isn’t even healthy if consumed in excess. There are very few nutrients in the coarse wheat flour, and it only beats amaranth for its selenium content. On the other side, Amaranth has the nutrients of whole grains, including the protein.

However, Amaranth seeds are an excellent substitute for couscous in the kitchen. Steamed or sautéed, amaranth can take the place of couscous, even in the most traditional Middle Eastern specialties. The amaranth grain can do it all.

What Are The Ways to Use Amaranth?

Amaranth seeds are easy to add to your diet. For starters, amaranth can be puffed up to become a lightweight cereal, often flavored with chocolate or vanilla, making it a great alternative for Corn Flakes and Cheerios. Besides, you can blitz amaranth with your favorite fruit for a wholesome smoothie.

The famous grain can also enhance your lunch and dinner. Amaranth is also a lovely addition to any salad, especially if toasted. Amaranth adds a crunchy texture and a nutty flavor to your favorite veggies.

Add it to soups and broths or steam it for a nutrient-rich side dish. Talking about savory food, stir-fry your favorite protein and veggies with a few spoonfuls of amaranth for colorful main courses. Amaranth is not flavorless, but it is not overpowering, so it complements many types of food without changing their flavor significantly.

Here’s a tip: top your favorite ice cream with toasted amaranth for a crunchy frozen treat.

Add Amaranth to Your Cooking!

Amaranth is an impressive seed, and it’s as versatile as they come. There’s really no excuse for not having amaranth around — add it to your meals from breakfast to dinner!

The best part? Amaranth is not nearly as expensive as other superfoods, like quinoa, and it’s readily available; you can order amaranth right now online or grab a bag at any supermarket. And you should.

Amaranth is still underrated, but the secret is out. Few pseudocereals are as nutritious and versatile as these tiny seeds, so hop on the train and make amaranth part of your life.

Check out our other posts about superfood:

How To Make Pickles?

Before the advent of fridges and freezers, people pickled and preserved virtually...

50 Foods That Are Healthy

A lot of the time it may feel like every product in the supermarket is trying to...