The Most Useful Kitchen Knives And Their Everyday Uses

Being a kitchen lover gives great pleasure, but it also requires a lot of knowledge. The right kitchen knife is a must-have to master the most elegant cooking techniques developed by the professionals. 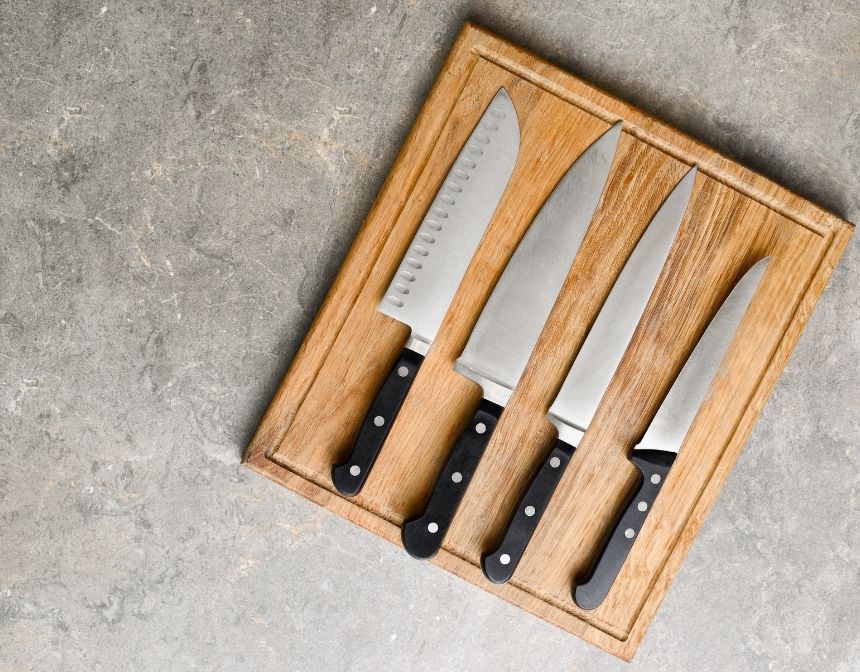 There are a lot of different kitchen knives, designed to be the best tool to manage different ingredients with their specific texture and size. In fact, creating some of the most elegant recipes of the world requires the right knife in order to gain the expected result. For example, making sushi at home is pretty easy theoretically, but you will need a specific sharpened knife designed to thinly cut the fish. It is almost impossible to make sushi with the standard cleaver knife used by the butchers, because it is a huge tool designed to cut big pieces of meat and bones too.

Using a sharpened knife is the first requirement to gain the best results needed for the most complex recipes, such as the above-mentioned sushi. Buying a knife sharpener and mastering its usage is the first thing a kitchen lover needs to do. Indeed, on the basis that using a sharpened knife is the most important thing to do, mastering the technique of sharpening knives will be the priority. Using these tools is not so easy and it is possible to permanently damage the shank of the knife. The knife must slide up and down the sharpener for thinning the shank, making it more cutting and efficient. Theoretically, cutting an ingredient should require just a little bit of pushing, with the sharpened shank that does all the work. Suddenly, if the knife is not properly sharpened, cutting an ingredient could require a lot of muscle and it could damage the texture and the appearance of the ingredient.

Anatomy of a Kitchen Knife

A kitchen knife differs from the other knives because it must be only used for food preparation. A standard kitchen knife is made up of two parts: the blade and the handle. The most important part is obviously the blade, used to cut the ingredients and thinly slice them. There are a lot of different materials that can be used to create a kitchen knife, but the most popular one is the stainless steel. In fact, this material is rust-proof, it is pretty smooth so it is easy to sharpen and it is also easy to clean after being used.

Some other materials are used to make kitchen knives, like iron and porcelain, but they tend to have pretty huge weaknesses. For example, a traditional iron knife is finest compared to a standard stainless steel kitchen knife, but it is not rust-proof and it is difficult to clean, making it a very good environment for bacteria and prone to rust.

Most of the modern knives are industrially made, but some independent blacksmiths still exist. The shanks of the knives were traditionally made by blacksmiths beating the red-hot iron with a hammer, making it thin and pretty sharp. These hand-made knives still exist, but they have extremely high prices and they are only bought by top quality chefs and really passionate kitchen lovers.

Going deeper in the kitchen knives' knowledge, it must be known that the blade is divided into several parts, the most important of them is the cutting edge, the one that does all the work. However, even the tip of the knife has a pretty huge relevance for the chefs and cooking lovers because it is often used to manage the ingredients without touching them; that is the case for grilled meat slices and poultry in general.

What Are The Different Types Of Kitchen Knives?

The most famous knife used to butcher meat and bones is the cleaver, the traditional squared knife with the hole in the shanks to hang it on. Cleaver is a large knife and it is also one of the most ancient, some archeological cleavers were dated back to the Roman Empire age. It has a tough edge that is perfectly suited to cut big pieces of meat, bones and cartilages. The stainless steel used for these knives is often softer, compared to the standard one, in order to not fracture it under hard use. In fact, this type of knife is used like a hammer to cut big pieces of meat and also the hardest parts of it.

Another type of kitchen knives are fish knives. Two of the most important fish knives are the bone knife and the fillet knife. The first one has a thin edge and it has a small blade, perfectly suited to move around the fishbones to easily cut off the meat. This type of knife must be perfectly sharpened before usage, otherwise the fish meat could be severely damaged. The second type of knife used for fish is the fillet knife: this is used to cut off the skin from the fish, for example to make a perfect fillet. This knife is even thinner and smaller, compared to the boning knife, because it has to slide gently between the skin and the meat.

Talking about the type of knives used for slicing the ingredients, it is required to talk about the Santoku knife. Santoku is the most famous Japanese type of knife, widely used all around the world; it is a “Three Virtues” knife, so it can be easily used for cutting, slicing and chopping. The Santoku knife can be used in a rocking motion, so it is one of the most useful tools to thinly slice vegetables, meat and fish.

One of the types of kitchen knives is bread knives. They are a completely different category because they have a jagged edge, well-suited to cut the bread without crushing it. In fact, the jagged edge allows a clean cut of a slice of bread. They tend to have longer shanks, compared to the standard knives used for all the other ingredients.

Heavy cream, like milk and butter, can be substituted with great success in any recipe....