How about a bowl of Traditional Korean Rice Wine? Learn how to make Makgeolli, an alcoholic beverage, at home with this recipe.

Makgeolli is a brewed Korean rice wine. It is a popular beverage in Korean restaurants. This low-alcohol beverage is served cold in small bowls. Traditionally, it is prepared with rice, water, and sugar.

You can also make this popular Makgeolli rice wine at home. Try this drink that pairs perfectly with Korean food. 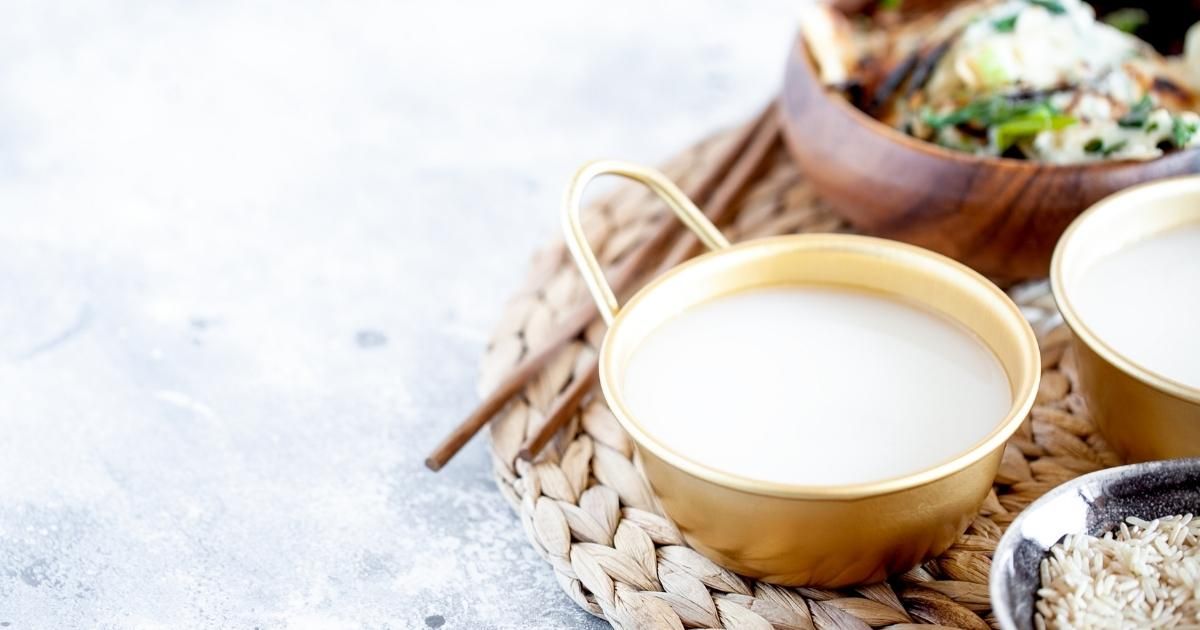 Makgeolli is a Korean rice wine. Fermentation takes place thanks to the sugars present in rice and leaves you with an alcoholic beverage that has quite a sweet, intense flavor.

This traditional Korean alcoholic beverage is also known as nongju or "farmer's liquor." It has a sharp taste. To make makgeolli at home, combine cooked short grain rice with nuruk. This mixture is known as the fermentation starter. Nuruk can be purchased at Asian grocery stores or online.

There are several versions of Makgeolli rice wine. Dongdongju is also known as "Young" makgeolli. It is fermented for only a few days. Takju, on the other hand, has a higher alcohol content by volume. It is a slightly diluted version of the traditional makgeolli brewed drink.

What Are the Differences Between Makgeolli and Soju?

These two drinks are similar in that they are both made from rice. The difference, really, is that makgeolli is thicker and sweeter than soju. Soju is very often described as a "dry wine," while makgeolli isn’t. Furthermore, makgeolli typically has a lower alcohol content; finished drinks are typically around 6-7%ABV.

Another difference between Makgeolli and Soju is the ingredients used. While makgeolli is only made with rice, soju is made using ingredients like rice, wheat, barley, and sweet potato.

How to Drink Makgeolli?

Makgeolli is best when it’s served cold. When bottled, it will separate into liquid and sediment; you can either shake the bottle to mix the two or drink them separately. Drinking the liquid without the sediment actually leads to a less calorific drink!

Makgeolli is traditionally served as ladled from the casserole and placed in a large bowl or glass.

What To Serve with Makgeolli?

Here are our delicious recipes that you can serve with Makgeolli:

A legendary smoothie that will energize your body and make a detox effect. You can...

Dragon fruit still holds its own despite its relatively new status as a smoothie...

Banana smoothie is a healthy and tasty drink that you can prepare in minutes! With...

What about an icy whiskey cocktail that will refresh you on hot summer days? Try...

This tasty and nourishing belly fat burning smoothie is the secret to living healthy...

A cocktail that has grown in popularity with the character played by Jeff Bridges...