There are more types of cucumbers than you can imagine, and they’re all refreshing and snappy. Learn all about them and how to eat them. 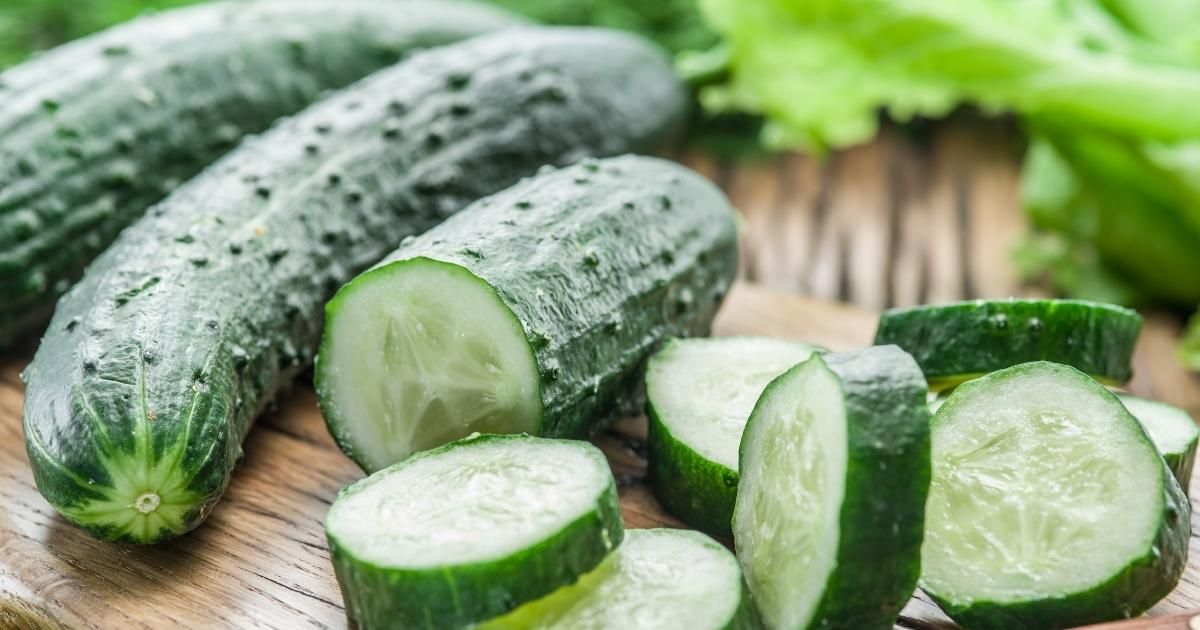 Cucumbers are mostly water, but they’re still delicious. Fresh and firm, this veggie is not only tasty, but versatile.

Let’s talk about the different types of cucumbers and how to add them to your kitchen. Cucumbers are extraordinary ways of adding color and nutrition to your meals.

Whether you love pickles or you’re all about crunchy salads, cucumbers are part of your life. Still, we know little about the green veggie — that has to change.

Cucumbers are the fruits of a creeping vine originating from South Asia. They’re cylindrical and always green, even when ripe. Besides that, cucumbers vary in size and can be as short as just a few inches or as long as 24 inches.

Let’s talk about the types of cucumbers and how they’re different. There are more cucumbers in the world than you think, and they all have different uses — they come in all shapes and sizes! And although not all cucumbers are available to everyone, there are a few available where you live, guaranteed.

What Are The Different Types of Cucumbers and How To Use Them?

Interestingly, 80% of the world’s cucumbers come from China, but many local varieties are grown worldwide. Let’s talk about the ten types of cucumbers you want to try.

Below, you’ll find ten types of cucumbers, from the common salad cucumbers to your favorite pickles. Have you tried them all? No cucumber is better than others; they have different uses!

Persian cucumbers include several cucumber varieties. They are all short and have smooth skin. These cucumbers have a high water content, so they are very juicy. More water also means these cucumbers are mildly flavorful.

Although Persian cucumbers can be used instead of regular slicing cucumbers, they’re smaller, so they have less impact unless you’re slicing them into small dices. Persian cucumbers are crunchy, so they’re perfect for making sticks and eating them with your favorite dip. Famous Persian cucumbers include Katrina and Socrates.

Lebanese cucumbers fall into the burpless, AKA seedless, category, and they are multi-purpose: you can slice them and add them to salads or pickle them.

English cucumbers are amongst the longest cucumber varieties and can reach two feet in length! Their peels are smooth and thin, and they contain very few seeds, if any.

English cucumbers have high flavor intensity, and since the skin is thin, you can slice them and eat them whole — this makes them ideal for salads. Although not nearly as sweet as any other fruit, English cucumbers are considered a sweet variety, which is why they find their way to salads and sandwiches worldwide.

Kirby cucumbers are a popular pickling varietal. The fruit is short and chubby, and the skin is rugged.

Kirby cucumbers are often mislabeled as gherkins, and some sources say they are the same. Still, Kirby cucumbers are larger than gherkins. Flavor-wise, this variety is crunchy, juicy, and deliciously compatible with salty or vinegary brine. These are pickles to look for if you want a firm, snappy bite.

Gherkins are your typical pickle. These are small cucumbers, often shorter than a few inches — they’re also known as cornichons in France.

Gherkins are still snappy, but softer (mushier) than other types of pickling cucumbers. This means this variety is much juicier, as it absorbs more brine. Unlike Kirby cucumbers, which are sometimes consumed raw, gherkins are almost always pickled — and these are fine pickles; indeed, they’re considered a delicacy.

Japanese cucumbers are small and delicate; they’re thin, too. Also known as Kyuri, this specialty is often used in traditional Japanese food. And since this cucumber’s skin is fragile, you can eat it whole.

Japanese cucumbers often find their way into soups and broths, but they’re also consumed raw as a main salad ingredient or as a garnish. Japanese cucumbers are not exclusive to Japan, so there’s a good chance you’ll find them in your local market.

This is the famous American cucumber. Known as the garden cucumber, this is widely planted in peoples’ backyards. This one is also the most common in supermarkets. Medium-sized, juicy and firm, this slicing cucumber is what you’d expect from the green fruit, and it never disappoints.

American cucumbers have smooth skin, although it’s not always thin, so peeling them is optional. Excelsior and Super Zagross are two popular garden cucumber types.

Korean cucumbers are small, rugged and sweet. They also have a lovely crunch, even after pickled. This is a multi-purpose cucumber that you can enjoy fresh or brined, and it’s typical on the Korean table, especially when served with red meat.

People often describe Korean cucumbers as salty, but that’s for the brine used to pickle them. On their own, they’re not salty at all but flavorful and never bitter.

Iznik cucumbers are rare hybrids that have gained popularity recently. These delicate cucumbers are easy to spot for their bright green, ultra-thin skin and small size, although they’re not as small as gherkins. They’re juicy and never too firm.

Iznik cucumbers are also seedless, so they’re crowd-pleasing, and since they’re easy to grow at home, they’ve become a popular homegrown crop, especially in warm climates. Although Izniks can be pickled, most people consume them raw.

You can unquestionably imagine these cucumbers are mainly used to make pickles. This variety has thick, bumpy skin; its flesh is yellow rather than pale green or white.

Of course, these are typical in Northern latitudes, where the growing season is short, and where not all types of cucumbers ripen. This makes the northern cucumbers a local specialty, mainly in North America.

You can spot these easily, as they’re always pickled. They’re chubbier than your regular Kirby and gherkins. What is your favorite type of cucumber? As you see, there’s plenty to choose from!

Don't you want to know the benefits of pickled cucumbers for your health?Regulates digestion.It is a powerful antioxidant.Lowers blood pressure.It provides...

There are very few dishes like Indian Raita that are easy to make but their taste, texture, and flavor are enough to surprise the foodies. Raita is a healthy...

Green Detox Water recipe, a delicious detox water that cleanses the body from toxins, is a drink rich in nutritional value. It is a delicious and healthy...

Prepare a healthy meal with this recipe that reflects the flavor of yogurt and cottage cheese. Combine the soft and light taste of quark cheese with greens...

There are many diets out there, but none are as interesting as the zodiac diet. We...

Best Thai Restaurants In The US

There are a number of things that make a great Thai restaurant - heat, great ingredients,...