Quark Cheese Salad for those who like to try different salad recipes.

Prepare a healthy meal with this recipe that reflects the flavor of yogurt and cottage cheese. Combine the soft and light taste of quark cheese with greens and grapefruit.

Quark cheese, which is an alternative to fatty cheeses or yogurts for dieters, is a kind of curd cheese. It has a thick and creamy texture similar to yogurt. Quark, which is a source of protein, is a healthy dairy product with no added salt and sugar.

You can prepare many recipes with this cheese, which is an ideal option for vegetarians as it does not contain rennet. Here is one of them: Try making Practical and Healthy Quark Salad right away. Bon Appetit! 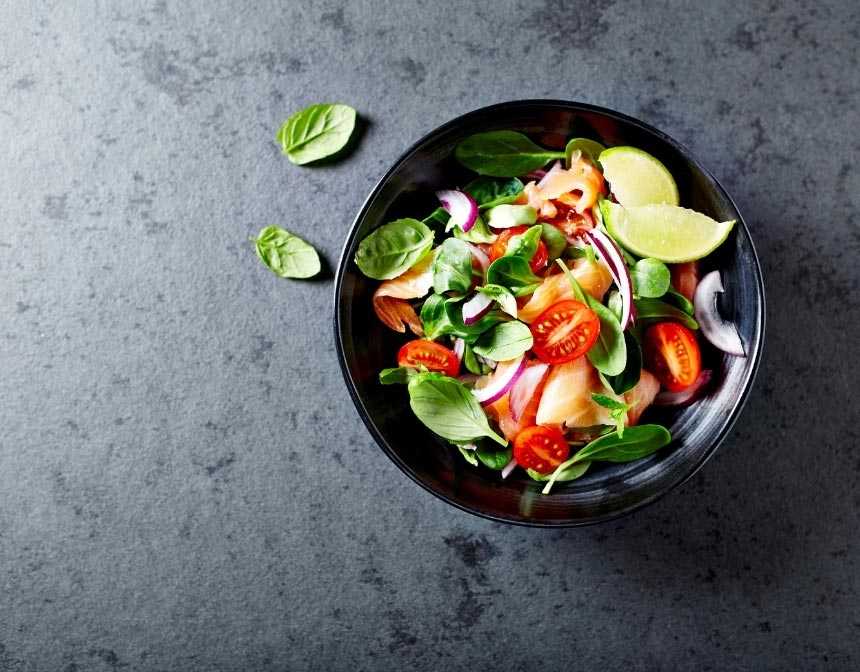 What Is Quark Cheese?

Quark cheese is a type of curd cheese. It is a fresh dairy product made by adding lactic acid to milk. It has a soft cheese texture and mild flavor. This is a cheese between cream cheese, greek yogurt and cottage cheese.In addition to its smooth consistency, it has a high protein ratio. It is oil-free generally. It is widely used in Swedish cooking.

It is a creamy cheese that is preferred with its mild flavor in meals. It can be consumed in every meal. It can be used to give consistency in sweet or savory dishes. It is generally used in salads and pastries such as pizza, donuts.

Quark is not a yogurt. It is preferred in some recipes instead of greek yogurt.

Quark cheese is light and creamy. It is neither sweet nor sour. It has the consistency of yoghurt. It is preferred to give more consistency to the food it is put into instead of taste. It tastes very similar to yogurt or cottage cheese.

Most varieties of quark cheese do not contain added sugar and salt. Also, it does not contain rennet, which is found in other cheeses. This can make it a healthier choice among dairy products.

What Are The Best Substitutes for Quark Cheese?

Some of the cheese and yoghurt varieties you can use instead of quark such as cream cheese, cottage cheese, mascarpone and ricotta cheese or greek yogurt.

What Is The Difference Between Quark And Cream Cheese?

One of the differences between cream cheese and quark cheese is the fat content. Quark has a lower fat content than cream cheese. In addition, the production methods are among the features that distinguish these two cheeses from each other. Also, there is no salt addition in quark cheese.

What Is The Difference Between Quark And Cottage Cheese?

One of the differences between these two cheeses is that quark cheese is softer. Although their texture is similar, quark cheese has higher protein and lower fat and sugar ratio.

How To Use Quark?

Quark can be used in many recipes. Other delicious recipes you can make with Quark, which is used in both sweet and savory dishes:

You should start preparations without wasting time for a high-protein, amazing flavor...

Egg Salad is a traditional American salad. This salad, which contains high protein...

Chop the potatoes like apple slices. Fry in hot oil.Sauté the chopped onions in...

Tomato salad is the perfect side dish for the summer months. Here are just a few...

Panzanella is an Italian salad made with bread and tomatoes. It is ideal for those...