California cuisine is colorful and vibrant — it has flavors from every corner of the earth! Learn all about five popular California foods. 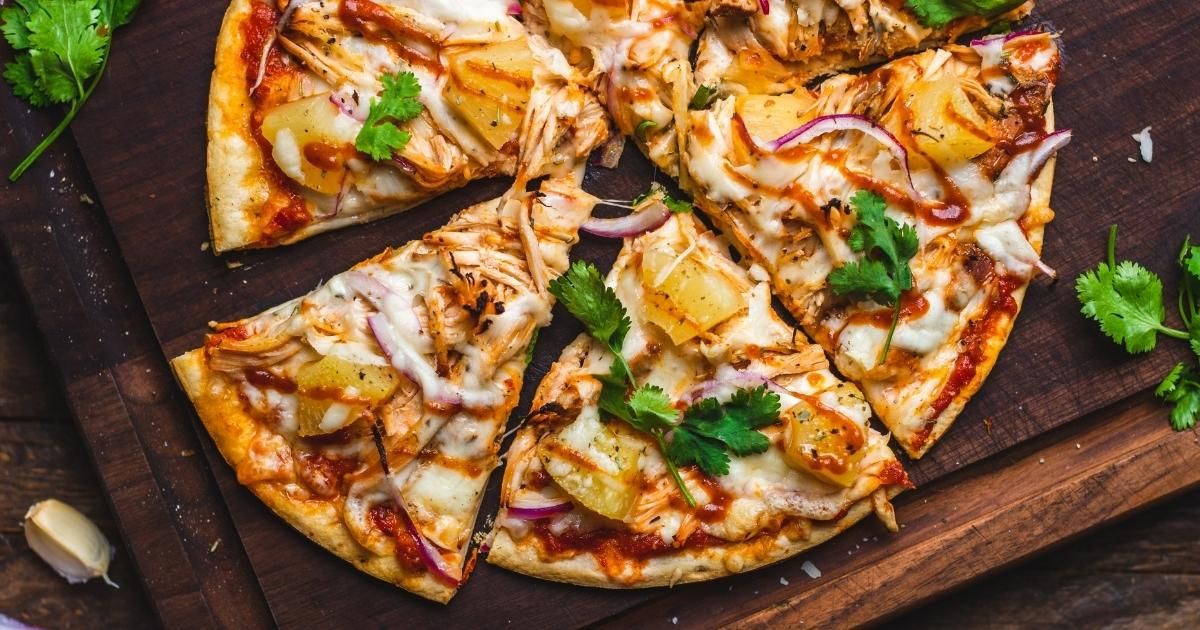 California is America’s food capital, not only for its various climates but for the merger of cultures that have made the state special.

California cuisine is undoubtedly varied, so it’s hard to define it with just a few dishes — we can still try! Here are the most prevalent food items in California.

What Is California Cuisine?

California is an American state with a wide diversity of climates, which means many types of food grow on its sunny coast, vast valleys and foggy mountains. -The region is also a cultural hot pot, with people of all backgrounds sharing the table every day. This makes food in California incredibly complex.

Still, when we talk about California cuisine, we talk about a specific culinary movement, an authentic revolution that originated in the last decades of the 20th century. Concisely, the food trend introduced fusion cuisine by merging flavors and cooking techniques from diverse cuisines. From French-inspired food made with Californian ingredients to fancy pizzas and Asian-Mexican fusion food.

What Are The Most Popular Food in California Cuisine?

California cuisine is incredibly diverse, as it includes anything, from fine-dining, multi-course meals to street food. Finding five dishes representing the cuisine is no easy feat, so don’t be surprised if we leave your favorite Californian dishes out of this list.

Here are the most memorable dishes in the now-famous Californian cuisine. Dishes that, in a way, changed the country’s food history. At the same time, they laid a path for a bright future. What are your favorite Californian dishes? These are ours: California-style pizza, sourdough bread, French dip sandwich, avocado toast, uramaki sushi and Asian-Mexican goodies.

The most favored California cuisine items are neither the most complicated nor the most expensive. In fact, they are everyday foods, and that’s what makes them memorable — people consume them every day! And not only in California, but around the world.

The items on this list are more than prominent food; they are part of California cuisine history and changed the way we see American food. As simple as they may seem, these dishes represent a philosophy based on health, wellness and farm-to-table consumption. Californian food is trendy and sets the pace for every other modern cuisine worldwide. These are our favorite items.

Pizza originated in Italy and was revamped in New York and Chicago, evolving into heartier and bolder dishes. A similar transformation occurred in California in the 1980s. Creative chefs from the new generation, including Ed LaDou, Alice Waters and Wolfgang Puck, made pizza their own by topping it with local ingredients, sometimes as creative as poached eggs, smoked salmon, caviar and duck sausage.

Pizza suddenly became a white canvas for creativity, and a wide variety of gourmet pizzas were born. Restaurants like California Pizza Kitchen, now available worldwide, offer creative California-style pizzas topped with everything, from BBQ chicken to Gorgonzola. This is the Californian spirit — creative food at its finest.

Also known as a beef dip, this sandwich is quintessentially Californian, and it’s easy to recognize for its generous layers of roast beef, Swiss cheese and regular sandwich toppings in a French roll.

This is no typical sandwich, though, as it comes with a meaty dip based on beef broth, not dissimilar to gravy. Despite the sandwich’s name, this is no French food but Californian. A few restaurants in Los Angeles claim the creation of such a decadent lunch, and it was most probably created in the early 1900s. A French dip sandwich is more than a filling lunch found in street food stalls; it’s also served in well-established restaurants.

Sourdough bread is made with ambient yeast instead of the commercially available bakers’ yeast. To make it, bakers must have in hand a mother sourdough starter kept alive in the fridge as a reliable way of getting any fermentation started.

Sourdough bread is nothing new; it’s thousands of years old, but it fell out of fashion as industrial white bread dominated the world’s bread market during the 20th century.

Californian bakers, mainly in San Francisco, spearheaded a bread revolution in the 1980s and opened the first artisan bakeries, offering the highest quality made with the most traditional methods. Sourdough bread is now synonymous with California cuisine.

Avocado toast is one of the most Instagrammable late breakfasts and light lunches. Toast topped with sliced avocado and your choice of toppings, from crispy bacon slices to a sunny-side up. Isn’t this a pretty dish?

The avocado toast is an open sandwich that became famous in the 2010s, and although no one knows where the simple dish was created, it most probably comes from California. The light meal is compatible with health and wellness trends. California produces and consumes enormous amounts of avocados, most of them coming from Mexico, the fruit’s ancestral home. The avocado toast is chic, tasty and healthy. It checks all the right boxes.

There are many types of sushi, and although the seafood and rice dish is from Japan, every sushi lover worldwide has at least heard about the California roll.

This maki-style sushi roll has rice outside instead of the more traditional seaweed outer layer. This inside-out sushi version is known as uramaki, and it was created in California, most probably in Los Angeles' Little Tokyo Restaurant, in the 1970s.

Sesame seeds or masago fish roe are standard uramaki toppings, while the typical filling in a California roll comprises imitation crab, avocado and cucumber. Today, many other rice-out sushi rolls exist, but the trend started in California.

Ok, this is not a dish, but an entire sub-category of California cuisine, but we just couldn’t choose only one dish from it. When we talk about Asian-Mexican food, we refer to delicious treats like pastor wontons, teriyaki fajitas, kimchi tacos and other hearty and always flavorful dishes that borrow ingredients and techniques from various Asian cultures and merge them with the abundant Mexican repertoire. This cooking style is particularly prominent in California.

Of course, California cuisine merges more than the two cultures above. Italian, French, Moroccan, British, Irish and many other world cuisines are part of California’s menu. California has something for everyone, and the food is good. What are your favorite items in the colorful California cuisine?

When it comes to avocado recipes, easy avocado toast is definitely one of the most popular. After all, it’s simple, indulgent and the perfect combination...

You are undoubtedly familiar with peanut butter, but that’s just the beginning....

On this list, we’re going to be sharing with you some of the best chicken wings...

Asia is home to the most exciting flavor combinations and ingredients. The food is...