American food is a merger of flavors from every corner of the planet. Still, it’s instantly recognizable. Here are the most popular American food items. 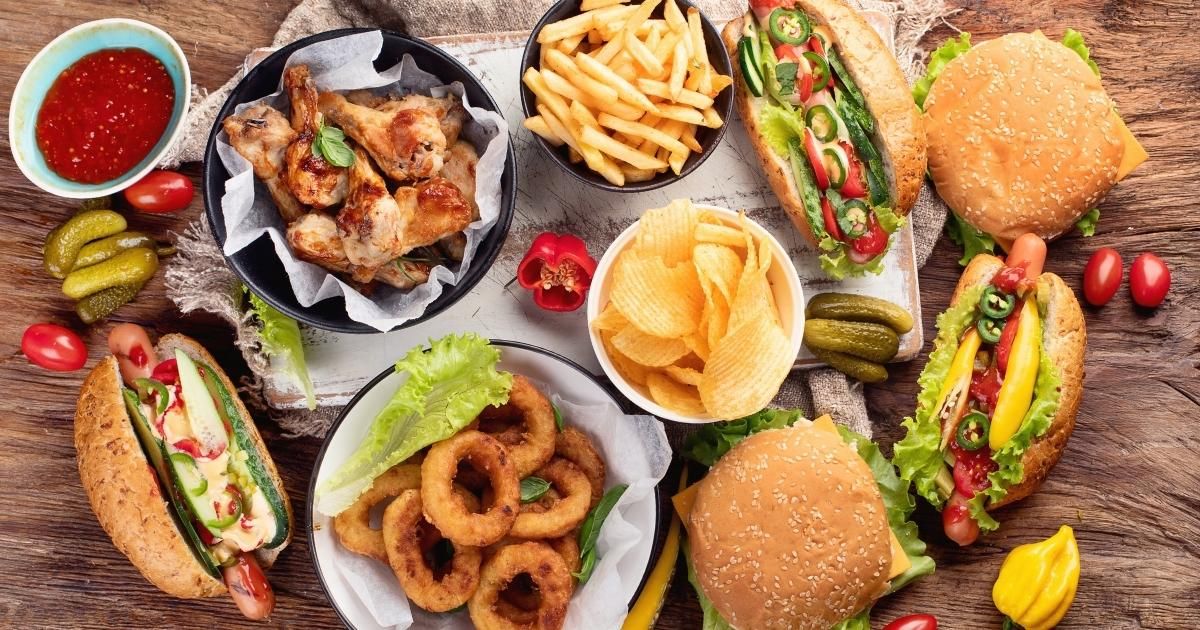 American food looks different depending on where you're from, as there are hundreds of local specialties around the country. Still, some American food items are known and loved by everyone.

These are the most famous American food items that say "USA" loud and clear. We bet you’ve tried them all!

What Is Traditional American Food?

American food is hard to describe. After all, the country was born from a merger of cultures, each bringing its own recipes and ingredients. American food is a combination of world flavors, and it’s constantly evolving.

Having said that, some American food items are called "classic dishes" because they originated in the country. Read on and discover the ten most symbolic American foods that just taste like the United States. Of course, this is just the tip of the iceberg!

The most popular American food is, without a doubt, the hamburger, or just burger. Although it was probably created around the 1900s, many people claimed to have invented the hamburger. Still, the hamburger steak, made with ground meat, is older than that and goes back to Germany, so it’s probably the burger’s ancestor.

Hamburgers have come a long way, as there are endless variations. The fillings can go from sautéed mushrooms to grilled pineapple; of course, the most traditional burgers often contain meat, pickles, and a few veggies, followed by the ever-popular cheeseburger. No two hamburgers are alike!

Hot dogs are an emblematic American food. They’re a quick lunch, a grab-and-go snack, and an easy meal for any occasion. We’re talking about a sausage, typically a Vienna wiener or Frankfurter in a long bun, generally topped with mustard, ketchup, relish, sauerkraut, or cheese. Everyone likes their hot dogs differently.

Historically, hot dogs came to America with German immigrants, most probably in the late 1800s. The tasty fast food soon became a common street food and a classic snack at baseball games. Hot dogs have evolved to become a sophisticated food category.

Yes, pizza was invented in Naples, Italy, but Italian immigrants brought their love for the saucy pie to the US, where new types of pizza were created. New York-style pizza and Chicago deep-dish pizza are American food classics, and they look nothing like their Italian counterparts.

Toppings, including pepperoni, pineapple, ham, meatballs, mushrooms, and bell peppers, were all pioneered in the States. In fact, most of the pizzas sold worldwide are inspired by American pies, not the traditional Neapolitan pizza.

This signature sandwich is everyone’s darling in the USA and is among the best-known American food items. Although variations exist, the delicatessen specialty makes the most of fatty and flavorful pastrami, creamy Thousand Islands dressing, and Swiss cheese.

This sandwich goes back to the early 1920s, most probably in Omaha, Nebraska. You must make the sandwich with rye bread, and it should contain the ingredients mentioned above. Still, there are several substitutes, making the Reuben a versatile sandwich. Reuben is a whole meal too!

Wings are a popular American food that makes watching games on TV much more fun. This finger food is messy, and it can be anything from mildly sweet to insanely hot. That’s the beauty of chicken wings — they come in all colors and flavors.

Buffalo chicken wings are deep-fried wingettes and drumettes tossed in a vinegar-based hot sauce. Legend says these were created at the Anchor Bar in Buffalo, New York, in the 1960s and were a way to use the otherwise disposable chicken wings. By the 1980s, Buffalo wings were known nationwide and had become the go-to snack for sports enthusiasts in the United States.

Biscuits and gravy are perhaps the most popular breakfast in the American South, along with other goodies like waffles; they’re a classic.

Think of soft, sourdough biscuits served with a meaty gravy heavily seasoned with pepper and spices. When we say meaty, we mean it. Gravy is often made with meat or sausage drippings, making it insanely delicious.

The apparently simple combination of biscuits and gravy goes back to the American Revolutionary War when there wasn’t much to eat. Now, it’s a meal you can’t miss when visiting the southern part of the country.

The gooiest and cheesiest of pastas is 100% American. Sometimes with a radioactive-looking yellow color, this comfort food is loved by kids and grown-ups alike. The legend says President Thomas Jefferson introduced the pasta dish to the country!

Properly known as macaroni and cheese, what makes this pasta casserole unique is the cheddar sauce, often mixed with breadcrumbs for a crunchy bite. Mac and cheese come together in the oven, and although ready-made boxed mac & cheese is insanely popular, the best is always made from scratch.

There’s nothing more American than apple pie. The comforting dish is a seasonal staple, often found in the fall. This immensely satisfying treat has its origins in England, the Netherlands, and Sweden. Of course, that’s where apples come from.

Still, apple pie became an American staple as far back as the 17th century. Sliced apples, sugar, and brown spices are a common filling, topped with a golden and flaky pie crust. Served with vanilla ice cream and enjoyed fresh out of the oven or the next day, apple pie is an American all-star.

Grits are dried white corn kernels ground in rolling mills into a gritty and starchy American staple. Grits go back to the Native American tribes, which already treasured the nutritious corn and made good use of it.

This starchy ingredient is commonplace in the South, where it’s often cooked with butter, cream, and cheese, somewhat like the Italian polenta (polenta is made with yellow corn, though). Of course, grits are much more enjoyable when served with shrimp—grits are a blank canvas for many flavorful dishes, as everything tastes better with the starchy porridge.

In America, when you talk about "BBQ ribs," you’re referring to barbecued pork ribs tossed in a brown sticky sauce and grilled to bone-tender perfection. People also barbecue beef ribs and use many kinds of sauces, with exciting results.

What makes this messy comfort food unique is the bones, which add flavor to the meat, making this finger food intuitively appealing. There was a time when ribs were an unwanted cut and were often given away in butcheries. Of course, the smoky and lusciously sweet ribs are highly prized.

Identified with American cuisine, this snack reflects the unique harmony of sausages and sauces. It is one of the most delicious combinations of ketchup...

Many people out there have their go to spots where they like to get their buffalo wings from, watch a game, and maybe imbibe in an adult beverage or two....

Pastrami Sandwich is one of the popular sandwiches of American cuisine. In the classic recipe, it is made with pastrami, cheese, and coleslaw. There are...

Mac and Cheese with Peanuts

Pasta is loved globally, ranging from student dorms to upscale restaurants. It is a popular food, which has different recipes in different geographies,...

If you put too much salt while cooking your food, here are some tips to save the...

We do not think that movies only appeal to the eyes and ears, some of them taste...

We are sure that you all have a weakness against sweets. Desserts are shown as a...