BBQ - Everything You Need to Know

There are so many different ways to barbecue food that different cultures all have their own ways of nailing it. We’re here to tell you everything you need to know about all of them. 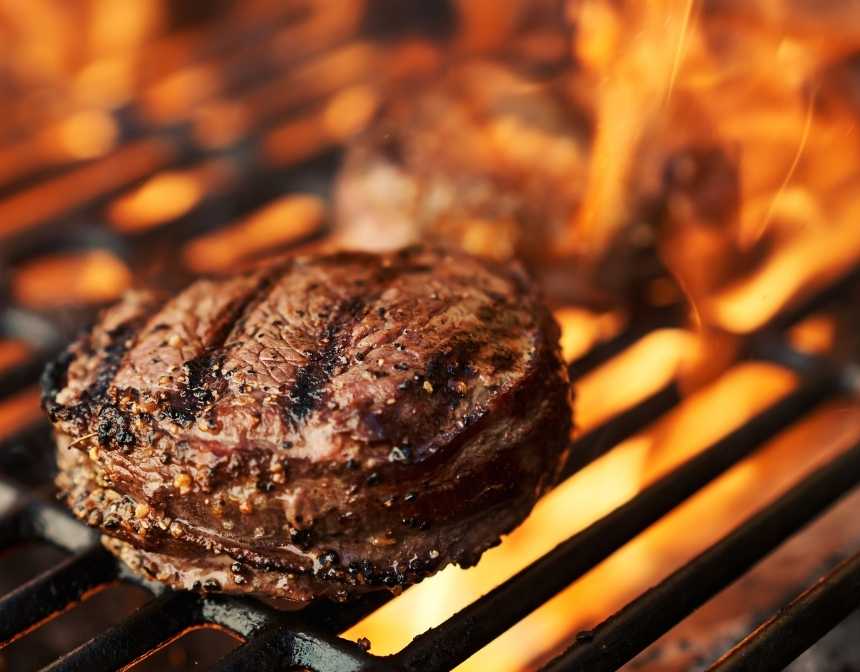 Over recent years, more and more people have been getting into different BBQ trends as newcomers dominate the market. From Korean BBQ to Turkish BBQ, there’s a lot to know, and a lot to master! In this article, we’re going to tell you about each of the different types of barbecue, as well as some general tips and tricks. Let’s get to it!

When people talk about American BBQ, what they really mean is hot smoking. This is also known as ‘low ‘n’ slow’ and is the practice of cooking a piece of food over four to twenty-four hours at low heat in a smoke-filled chamber.

This process leads to some incredibly tender meat which is infused with some amazingly rich and smoky flavors. There’s no wonder this is the favorite of a huge number of americans. This is a style of cooking all about making cheaper, tougher cuts amazing, but mostly about sharing some beers and great meat with friends and family.

Korean BBQ is different from other types of BBQ in that it usually focuses on very small or thin pieces of meat. For example, beef or chicken can be cooked in small cubes at a Korean BBQ. Typically the meat is cooked on gas or charcoal grills that are built into the dining table itself - the food is certainly the centerpiece of this cooking style.

Hawaiian BBQ is quite similar, in terms of cooking style, to a lot of other BBQ styles, the thing that separates it is the seasoning blend.

Hawaiian BBQ tends to season chicken with light brown sugar, soy sauce, garlic, ginger, and onions. This comes together to form a potent and sharp flavor blend, ideal for any number of adoring fans of interesting, succulent meat. These spices are mixed together and used to marinate chicken, which is then cooked over coals. The flavor combination is truly spectacular, leading to a dish that’s as fragrant as it is smoky.

Turkish BBQ is widely regarded as one of the first places that the kebab was introduced, leading to culinary innovations like the shish kebab and other delicious meals.

Chunks of lamb or beef are typically marinated in a delicious sauce, before being skewered and cooked over a coal fire until they’re done and just slightly singed - that adds another hit of wonderful flavor.

The marinade is very different from a Hawaiian marinade, and involves white vinegar, cumin, coriander, paprika, and garlic. This marinade leads to a much healthier and richer flavor which, while still pungent and spicy, has a uniquely delicious flavor. It’s truly caught on around the world, and is adored by a huge number of people!

There are so many people out there BBQing every single summer that there’s bound to be a whole assortment of different tips and tricks spread around. Not all of them are quite right, though. There are a few worth knowing though, and we’re going to share them now!

Firstly, don’t use a gas grill! There are a lot of opinions about how best to apply heat to your meat on a summer’s day, but most experts agree that a gas fire is certainly not the way to go. The smoke that you get from wood is considered to be an ingredient in it’s own right, leading to people insisting on the use of wonderfully fragrant wood when BBQing.

This is an interesting tip, and once we hadn’t heard before researching for this article: use wood from fruit trees above all else. When you stop to consider it, it makes sense! Fruit woods are mild in flavor and high in sap, which means that they’ll transfer great flavors to your meat. Whatever wood you can find near you is a great choice, whether it’s apple, cherry, grape, or even peach!

A tip that does get thrown around a lot, but is certainly worth repeating, is to make sure that you soak wood chips in water before you start to cook with them. The best way to do this, according to a number of cooks out there is to soak your wood chips in water for at least an hour, or even overnight. Then, wrap the wet chips in foil and put them in your grill. The water content means that the chips produce a lot more smoke, and this increases the flavor that your meat will have. Delicious!

What is the most popular BBQ food?

Now, this is a truly surprising answer. Supposedly, the most popular BBQ food is watermelon! It’s something that we’d heard of before, but never actually tried. Scoring your watermelon chunks on the barbecue is a wonderful way to give them some flavor, and it’s a quick and easy summer treat too. While it might be unconventional, give it a go when you can!

What sides to bring to BBQ?

We would have to suggest that you bring some elotes to the next BBQ that you’re invited to. They’re a really easy and quick side dish that anyone can do in their home, but they pack so much flavor, and will invite people to compliment you on your spectacular cooking! Making elotes in your home is really easy, simply char some corn on the cob in a red hot skillet, and then coat it with a simple elote sauce - there are plenty of recipes online.

Who has the best BBQ in the US?

Well, there are a huge number of BBQ joints out there, and we’d hazard a guess that there’s an amazing one in your hometown. However, if you’re looking across the whole of the US, there’s one spot that consistently tops lists: 17th Street Barbecue in Murphysboro, Illinois.

Mike Mills is the proprietor of 17th Street BBQ, and since the early 90s, his cherry and applewood smoked baby back ribs have been winning world championships left and right. People travel from all over the US just to visit Murphysboro and sample the ribs, which is surely a testament to their quality. If you’re ever nearby, it’s worth a visit!

With the marination process, the meat becomes soft, tender and delicious. This will be an amazing dish for your barbecue parties.

Hamburger, a world-famous food, is almost everybody’s favorite when it comes to snack. Although it is a bit high in calories, it can be a delicious choice...

One of the most delicious dishes of Gaziantep cuisine. This kebab, which is consumed more in summer, will fascinate you when done correctly.

To make the marinade, crush the garlic and combine it with the paprika, thyme, lemon juice, oil and plenty of salt and pepper. To get more flavour out...

Marinating is a kind of pre-cooking. It is made to make the meat more delicious and softer. The meat should be marinated for a minimum of 2 hours. The...

If you are a steak fan, make sure to read about the best steak cuts before you shop for your BBQ.

Christmas dinner is certainly one of the most anticipated meals of the year, and,...

Cooking without oil is no easy feat and choosing the right cooking oil for the job...

50 Foods That Are Healthy

A lot of the time it may feel like every product in the supermarket is trying to...