Make your lunch or dinner enjoyable with this Homemade Chicken Taquitos recipe.

Taquitos are a popular Tex-Mex appetizer. It is usually prepared with a mixture of seasoned crispy chicken, cheddar cheese, and salsa. It can be fried on the stove or baked in the oven.

This Crispy Baked Chicken Taquitos recipe will be a favorite dish on taco nights. With sour cream, guacamole, and salsa, it's easy to make perfect and mouth watering taquitos. Bon Appetit. 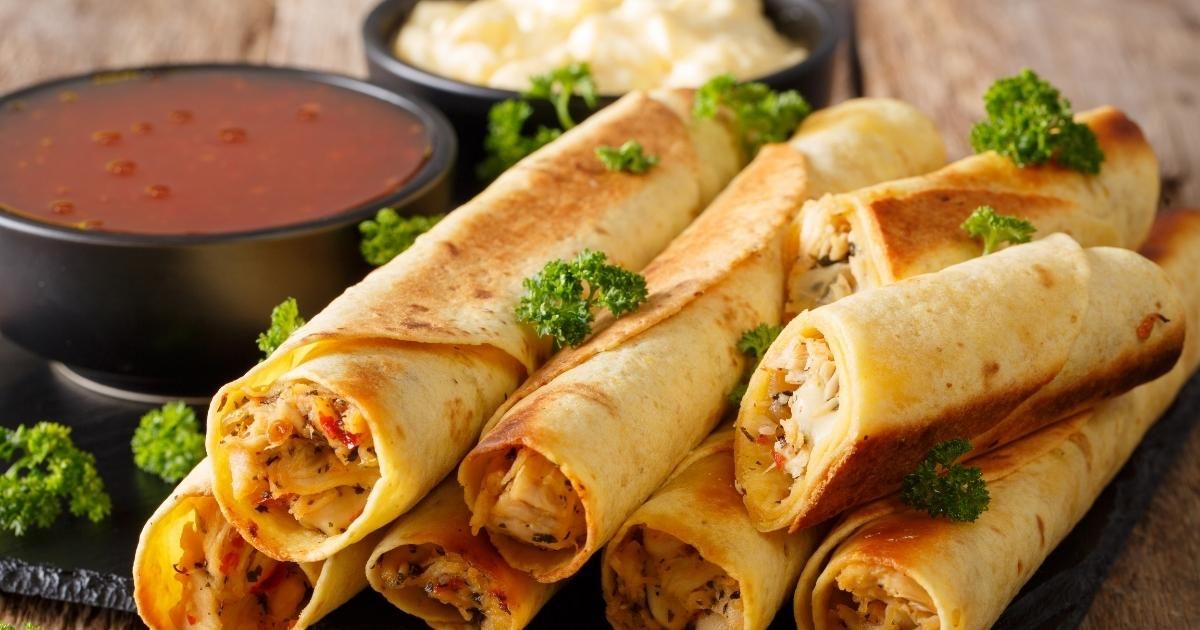 Taquitos (also known as "little tacos") are little rolled tortillas stuffed with beef or chicken and a dusting of grated cheese, then deep-fried, shallow-fried, or baked until crisp. These Mexican treats, sometimes known as rolled tacos, are finger foods that can be eaten in the street or on the go.

Taquitos are often made using corn tortillas and served with guacamole, salsa, or sour cream on the side. Taquitos are more common in central and southern Mexico, where corn has a long history and is widely grown and consumed.

What Are the Differences Between Taquitos and Flautas?

These two terms are often used interchangeably. "Flautas" are made by stuffing cornbread with minced meat such as chicken, pork, and beef, as well as cheese, onions, and other ingredients. The flautas are then deep-fried to extra crispy perfection, making them a popular Mexican dish.

However, flautas are sometimes known as taquitos or dorado tacos. So, what is the difference between these two "flautas" and "taquitos"?

As expected, the differences are not in flavor. Taquitos are prepared using larger tortillas (mostly corn tortillas) and are usually shorter, while flautas are longer, thinner, and flute-shaped.

However, when making flautas or taquitos, they are often served with the same sauces or dips as they have the same filling ingredients.

What to Serve with Chicken Taquitos?

Here are our delicious recipes that you can serve with Chicken Taquitos:

How to Store Chicken Taquitos?

Freeze the taquitos for about an hour on a baking sheet and ensure they are not touching each other. Then remove all the taquitos from the pan and store them in a ziploc freezer bag. If you use beef, it can last up to 3 months in the freezer.

Shrimp Tempura is a Japanese appetizer of fried shrimp covered with tempura dough....

Classic Fish Cakes are one of the most popular snacks in many countries. They're...

You will love this recipe shared by Chef Hakan Açıl. He was born in 1978 in Eskişehir....

Creamy Baked Potato is an easy and delicious recipe that you can make on special...

The wrap concept generally preferred with meat or chicken can be matched with cheese...

It is the most preferred hot appetizer dish of seafood tables with its soft inside...