Many people out there have their go to spots where they like to get their buffalo wings from, watch a game, and maybe imbibe in an adult beverage or two. Unfortunately, with everything going on in the world today, that spot may have suffered like many other restaurants around the country and shut down. But fear not because right here is an amazing buffalo wing recipe that can ease the pain of missing your favorite wing, and also give you a sense of pride in your wings.

We recommend you to blanch the wings before you begin. 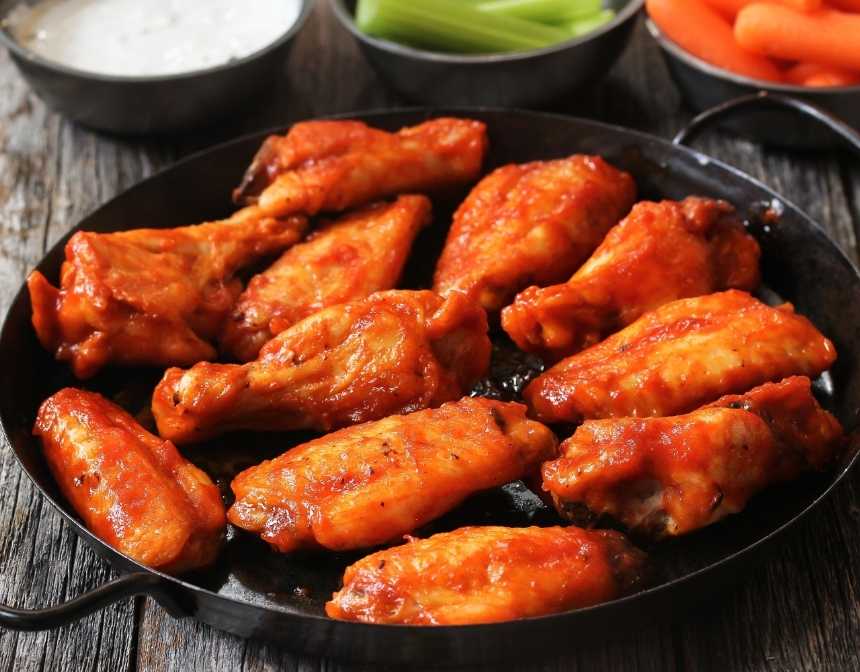 What are buffalo wings?

Buffalo wings are a form of chicken wings that were made famous when a loving mother, Teressa Bellissimo of Buffalo New York, decided to fix some left-over wings for her son and his friends. She took the wings and separated the drumettes from the flats and deep fried them. She then tossed them in a hot sauce with melted butter and cayenne pepper. It was so successful that they decided to add it to the menu and thus the buffalo wing was born.

How to make buffalo wings?

Buffalo wings are actually fairly easy to make. All you need are some separated chicken wings, hot sauce, butter, cayenne and some garlic powder. Keep in mind that these wings are typically not breaded, so just dry off the wings and deep fry them. After they are finished, just toss them in the sauce and presto! You now have a beautiful serving of buffalo wings.

How to make buffalo wing sauce?

The trick to making a buffalo wing sauce is to get a bottle of your favorite hot sauce from the store as a base. Try not to get a premade buffalo sauce, because adding the butter and spices yourself, tend to make a more consistent and tasty sauce. Plus, it gives you control to season it how you like it. The thing to be sure of is to make it over low heat so that your sauce does not split.

What is the difference between a chicken wing and a buffalo wing?

Even though buffalo wings are still technically chicken, many say that buffalo wings have to do with the wings being already broken down into drumettes and flats. It also has to with the hot tangy sauce that coats the wings. If it does not have buffalo sauce on it, it's not a buffalo wing.

Why do they call them buffalo wings?

They call them buffalo wings because they were created in Buffalo New York, by Teressa Bellissimo in Anchor Bar.

How bad are Buffalo wings for you?

You will not find buffalo wings on the chart of healthy things to eat. The sodium and fat levels in the sauce alone are enough to make dietitians shutter, much less that the wings are fried in oil. That is why it is probably best to stick to eating buffalo wings during big sports events.

Absolutely! Buffalo wings are said to have originated in Buffalo New York at a place called Anchor Bar. The story goes that in 1964 co-owner of Anchor Bar, Teressa Bellissimo, took some leftover wings and cooked them in hot sauce for her son and his friends. The rest is left to culinary history.

Wash the cauliflower thoroughly and separate from the flower roots. Boil until soft...

Classic Cheese Fondue is an excellent starter dish that can be prepared with Swiss...

Beef tartare can be prepared at home with raw beef, egg yolk, capers and mustard....

Grilled tomatoes on the grill or in a pan are quick and easy summer treats. Use these...