What Is Levain & How To Make Levain Starter?

Levain is the bread starter, and it’s not to be confused with sourdough starters. Levain starter is unique, and it has many uses! Learn all about it. 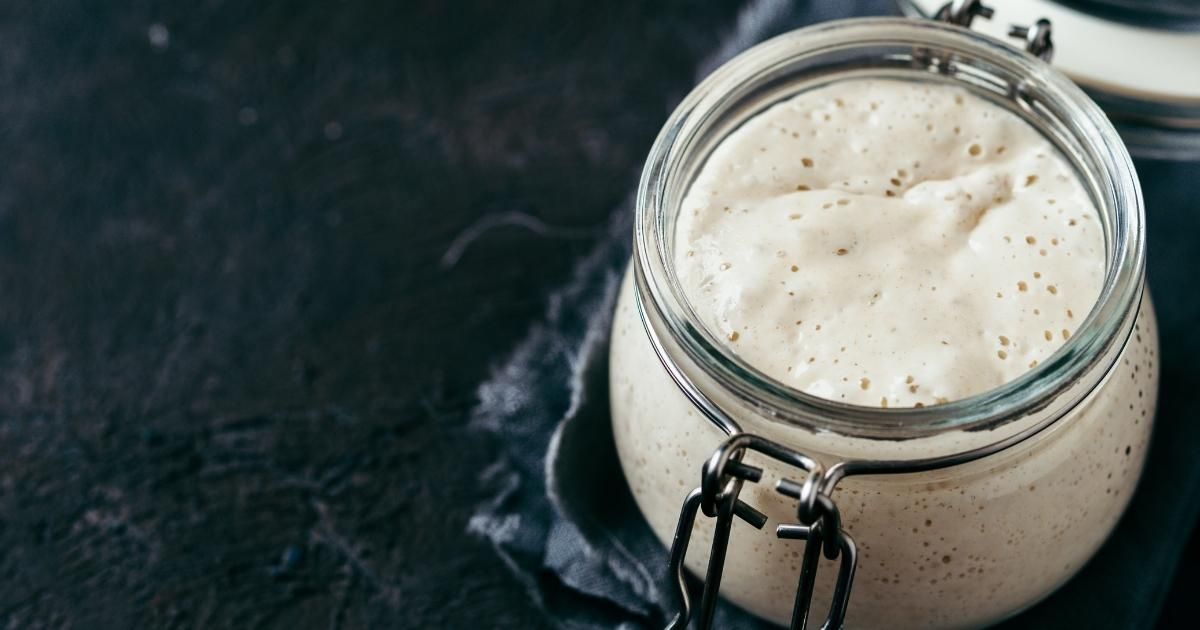 If you’re into making bread, you’ve probably heard about dough starters, cultured yeast that bring plain flour and water to life. Well, one of the most exciting is the levain starter.

Let’s explore this lesser-known bread starter and learn how to use it to make better bread. This is all you need to know about the levain starter.

Levain starter is a pre-ferment mixture of flour and water. The nutritious combination is suitable for bacteria and yeast in the environment to grow. Leaving the damp flour for a few days undisturbed will cause bacteria and yeast to cause chemical and physical reactions to the mixture, effectively turning it into a dough starter.

Dough starters are necessary for many bread and pastry recipes, as combining them with fresh flour and water can cause the entire dough to rise, becoming fluffy bread.

There’s no one recipe for levain, though, but many, as any combination of flour and water will eventually ferment naturally. Of course, the temperature at which the starter develops, the proportion of ingredients, and the ingredients themselves can have different results.

Pre-ferment mixtures or starters, such as levain and the famous sourdough starter, produce more decadent, exciting bread than what you get from cultured yeast, instant yeast, or baking powder. The microorganisms in the starter make bread made with levain or sourdough starter flavorful and aromatic. Dough starters are nothing new. Chances are, someone discovered fermented starters thousands of years ago. Still, sourdough and similar breads are a hot topic.

What Is the Difference Between Levain Starter and Sourdough Starter?

So, what’s the difference between a levain starter and a sourdough starter? Well, sourdough starters are mixtures of flour and water that are constantly fed. This means you can work with the same starter for years or decades, as long as you keep supplying the microorganisms in the mixture with fresh water and flour.

On the other hand, bakers commonly use levain as a one-time-only starter, which is allowed to ferment for a few days and then used entirely for a single batch of bread.

Since sourdough continues to evolve, there’s a bigger chance that lactic acid bacteria will start to dominate the enclosed environment, resulting in bread with a sour taste. Levain is mostly sugar-fermenting yeast, so bread made with fresh levain is rarely as acidic as sourdough bread.

Other than that, levain and sourdough are roughly the same. Levain is younger and a one-time thing. That’s all. Sourdough starters can be passed from generation to generation!

How To Make Levain?

Making levain is easy. The only thing you need is flour and water in equal amounts. You should keep the mixture at a cool room temperature, ideally covered with cheesecloth or a kitchen towel, but not plastic. You want your starter to breathe!

After 1-2 days, your levain will start to bubble, and it will be ready to use in 4-5 days. There’s no need to feed the levain as you would with sourdough starters, as you intend to use it entirely and soon after it’s ready.

All sourdough starters start as levain, and any levain can become a sourdough starter, provided you don’t use all of it and keep feeding it with fresh flour and water until it develops a healthy colony of yeast and bacteria.

Recipes for bread, pastries, and desserts will call for different amounts of levain, anywhere between 6-30% of the total dough volume, so make sure you make a large enough batch for your project.

Also, know that you can substitute levain with sourdough starter or the other way around, although the result will be slightly different. Levain just doesn’t offer the same complexity, which is not always a bad thing.

How To Use Levain?

To use levain, make sure fermentation takes off, and you have a healthy colony of microorganisms. Then, combine it with the rest of the ingredients in the recipe, whether it’s just more flour and water or other baking staples, including sugar, milk, eggs, and butter.

Levain can make lovely bread. When using levain, the dough is easier to knead, and it’s stretchier as well. Bread made with levain usually rises nicely and has a pillowy crumb.

Levain is fantastic for making pastries. Croissants and similar pastries, including all types of Viennoiserie, become incredibly tender when using levain.

Waffles gain complexity with levain. Using levain for making waffle and pancake dough guarantees lots of bubbles in the dough, meaning crispier waffles and fluffier pancakes. Just a spoonful of levain in your waffle batter does the trick.

Cookies gain flavor intensity from levain. Adding a pre-fermented starter to cookie dough can give the cookies a softer texture and a crisper bite while blessing them with complex, sometimes pleasantly sour flavors.

Adding levain to your favorite bread recipes, even if they don’t call for it, is a neat way of adding complexity while relying less on instant yeast and other less attractive rising agents.

Levain is Here to Stay

Now that you know what levain is and how to make it, you’re ready to make a batch and have it ready for your next weekend baking project.

And if you’re into growing microorganisms in a jar, experiment with sourdough. After all, making levain for a batch of bread is fun, but having a long-lasting cultured yeast in the fridge is even more exciting. Besides, if you feed your starter and keep it happy, you might be able to pass it on to your kids.

The levain starter is just the beginning. Baking is more than mixing ingredients in a bowl and throwing them into the oven. There are complex reactions in every batter and mastering them can take your baking game to the next level.

Have you baked with sourdough? How about levain starters? Either way, there’s no doubt they make baking much more enjoyable! The next time you plan to bake a loaf or make a stack of waffles, think of levain starters.

Ciabatta Bread is one of the recipes of Italian cuisine. This Italian loaf can be served in many delicious recipes, from soups to salads.You can have this...

How To Cook All Types of Eggs Perfectly

There are endless ways to cook eggs, and all types of eggs are special in their own...