What is haute cuisine? We’re talking about authentic gastronomic experiences! Learn all about this grande cuisine. 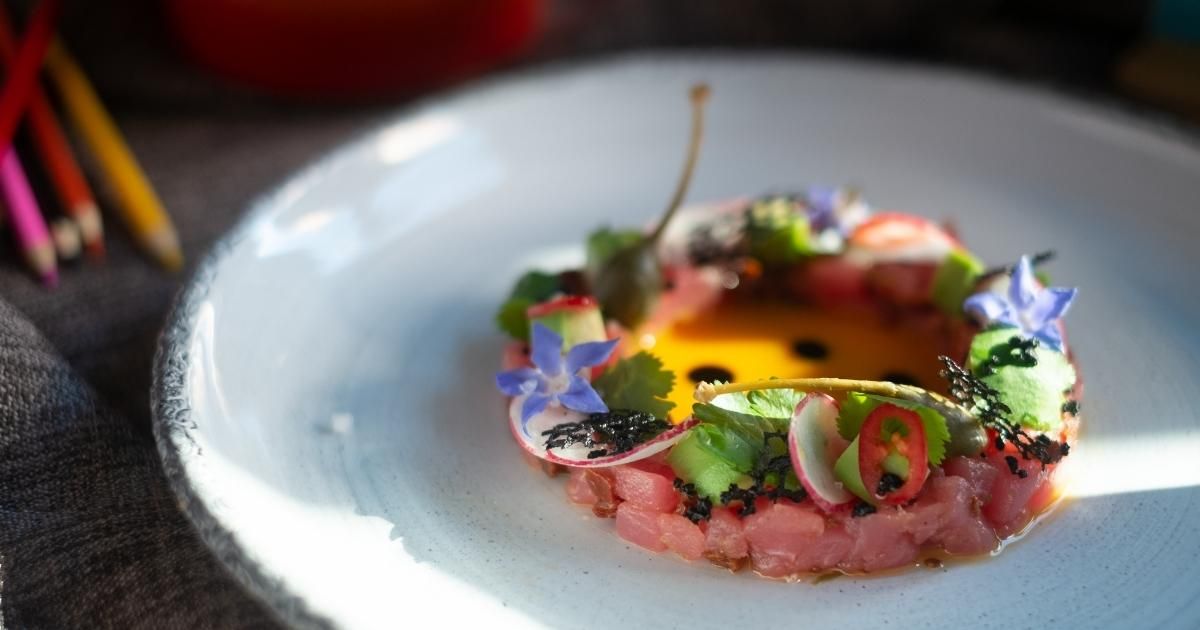 Haute cuisine is larger than life. The combination of culinary techniques that have been perfected for centuries guarantees extraordinary meals to remember for a long time.

There’s no doubt haute cuisine is the pinnacle of fine dining, but what is it? Here’s how to become an expert in grande cuisine.

Haute cuisine is a term used for the best of the best — food prepared with the finest ingredients with the most detailed techniques, prepared usually by trained chefs.

The History of Haute Cuisine

To better understand haute cuisine, let’s first understand that most of the food we eat falls in the casual dining category. Food that might be very tasty, but it’s unpretentious and somewhat ordinary. Haute cuisine might take inspiration in casual food, but it’s elevated to the highest standards.

Haute cuisine has its origin in France and was perfected by Chef Auguste Escoffier (1846-1935), who professionalized the kitchen and created the brigade de cuisine — specialized cooks working in harmony like an orchestra.

Large teams of specialized people allowed haute cuisine restaurants to produce elaborate dishes with sophisticated flavors. Of course, haute cuisine goes back to the 1600s, when chef and writer La Varenne made significant progress in terms of cooking high-quality food. Later, the foodie Marie-Antoine Carême created the base for what we now recognize as French cooking.

All the restaurants in the world took some plays from Escoffier’s playbook and dining as we know it was born. Of course, only the finest establishments with the most prepared team, using the best ingredients, create haute cuisine.

The Concept of Cuisine

To further understand haute cuisine or grande cuisine, it’s worth revisiting the concept of cuisine. Cuisine comes from the same root word as “kitchen.” Cuisine is all that goes on in the kitchen — that’s the ingredients, cooking techniques, and condiments used.

You can group dishes in cuisines if they share the same ingredients and traits, more often than not by country and then subdivided by region. The term cuisine might sound fancy, but it isn’t. Even mac & cheese is part of a unique cuisine. Haut cuisine is any cuisine elevated to the highest level by using premium ingredients, articulate techniques and creativity.

Now that you know what haute cuisine is, let’s compare it with similar but entirely different terms, the famous nouvelle cuisine and fusion cuisine. Two types of cuisine worth knowing.

What is The Difference Between Haute Cuisine and Nouvelle Cuisine?

It all started in France with monsieur August Escoffier. He and his peers developed classic French cuisine based on rich sauces and buttery dishes. There was a time when this type of French cooking represented the pinnacle of refinement and once was a synonym for haute cuisine. For years, only French food could be considered haute cuisine — that’s not the case anymore.

Still, this extensive and pompous cuisine represented by the mother sauces, reductions, terrines, confits and other sophisticated dishes, although popular in the late 1800s and early 1900s, soon got old.

A new generation of French chefs looking to innovate scoffed at Escoffier’s sauces and classic French cooking and developed their own French cuisine — the nouvelle or new cuisine.

The nouvelle cuisine rejects the excessive use of complication in cooking, consists of using only the freshest ingredients, and features the flavor of the food instead of hiding it behind buttery sauces. By the 1970s, every haute cuisine restaurant was serving nouvelle cuisine, and only the old-fashioned restaurants stuck to the old model.

The nouvelle cuisine, like everything in life, eventually also became outdated and was replaced by new expressions, including fusion cuisine.

What is The Difference Between Haute Cuisine and Fusion Cuisine?

Fusion cuisine became prominent in the late 1980s and 1990s, although it’s still prevalent. Fusion cuisine celebrates the merger of flavors, ingredients and techniques from different regions and countries.

However, Fusion cuisine didn’t start in fine restaurants but in the streets. Mexican and Korean food found a place on the same plate, and the same happened with Italian and Indian, American and Indonesian, and so on. Of course, professional chefs soon got on board and started making more sophisticated fusions of flavors.

Fusion cuisine is still very much casual and laid back, but haute cuisine versions now exist. Real gastro-temples are dedicated to promoting different cuisines within the same concept.

To sum it up. Haute cuisine was a term once reserved for the finest French restaurants. Now any type of food can be served at a haute cuisine level. Fusion cuisine can be as casual as a street-food two-biter or as refined as the most sophisticated haute cuisine.

There’s no doubt haute cuisine continues to amaze. It’s worth paying a premium for such fantastic meals, but food is more than white tablecloth tables — even the humblest homemade meal can bring tears to your eyes.

History of the Michelin starMichelin is extremely valuable for the restaurant industry....