This traditional MexicanPozole Rojo recipe is a delicious and hearty broth soup.

Pozole is a kind of stew or soup made with pork or chicken. This Pozole Rojo is made with pork, hominy, and chili sauce, and is a comforting dish.

Add a variety of garnishes like kale, radishes, and avocados to this hearty bowl. Add crunch with tortilla chips to your Pozole Rojo recipe, which is filled with fresh herbs and spices. Enjoy the soft and mouth-watering meat and a bowl of flavor. 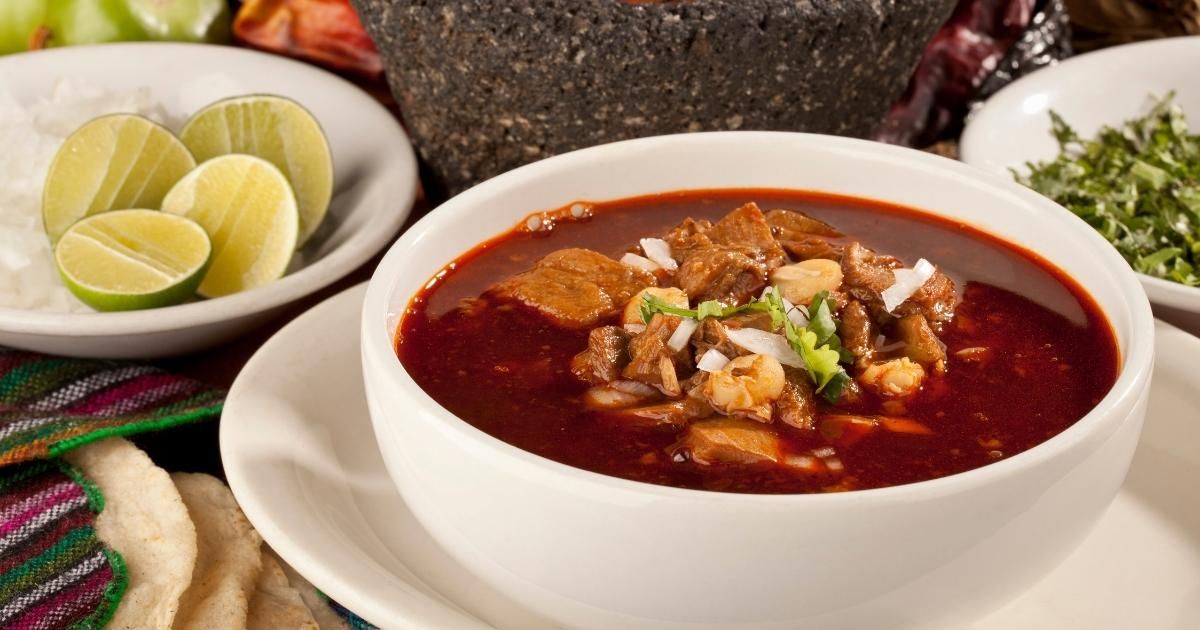 Pozole is a wonderfully simple soup/casserole that is deeply rooted in Mexican culture. It's comparable to the ubiquitous chicken noodle soup in the US! At a basic level, the soup is made with a sauce based on chicken and broth.

The sauce that makes up the liquid component of the pozole can be green, white, or red. It is made from chicken or pork. This recipe is a red pozole, hence the name "Pozole Rojo."

Pozole Rojo is made with pork and hominy. Hominy is made from the dried corn kernels of, also known as corn.

What To Serve with Pozole?

Pozole is traditionally served on special occasions such as Mexican Independence Day and Christmas. It goes well with cornbread, tortilla chips, or a variety of garnishes. Shredded cabbage, sliced radish, or avocado can be served with this dish.

Here are our delicious recipes that you can serve with Pozole Rojo:

How To Store Pozole?

When it comes to Risotto then what we get in our mind is a creamy dish that is delightfully...

Indian food is quite possibly one of the most interesting and delicious cuisines...

Prepare for a delicious and healthy burger feast at home instead of buying it. The...

Dalyan Meatballs is a baked or smoked ground meat dish prepared in the form of a...