Masa Harina: How to Use It & Substitutes

Masa harina is a wonderful product that can be found all over the world, but it can be a little mysterious, too. So, what do you need to know about it? 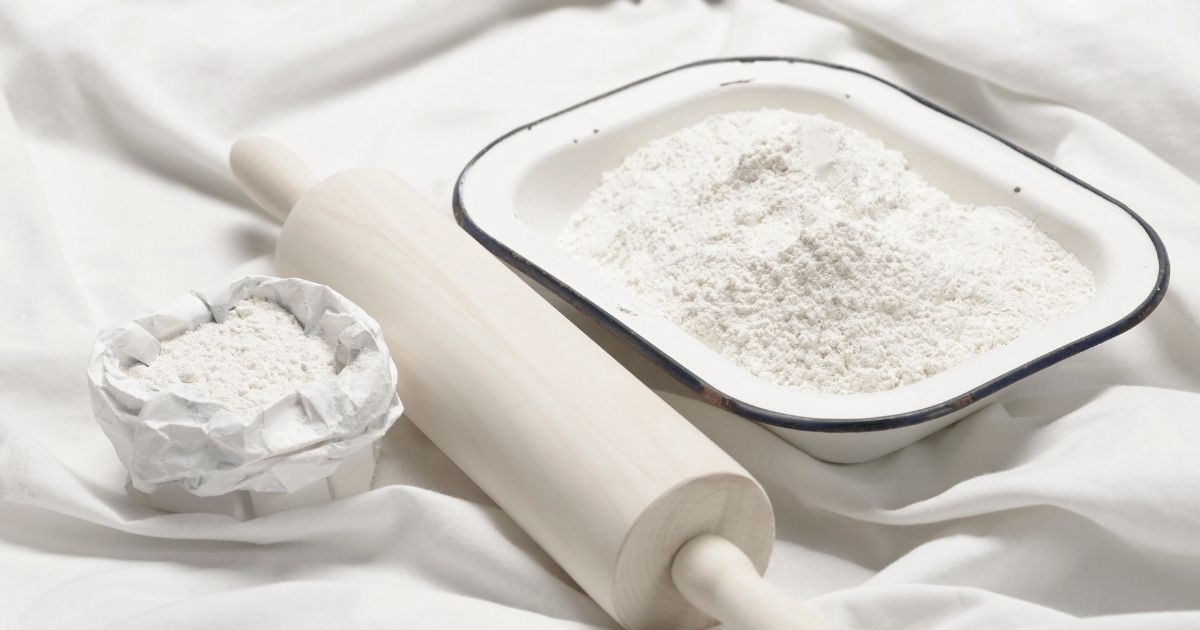 At its core, masa harina is a dehydrated form of basic corn dough that’s typically used in Mexican cuisine. The reason that this is possible is that masa dough barely has much more in it than corn and water. Then, this dough can be dehydrated to a powder and sent out to supermarkets. Once rehydrated, it becomes a wonderful dough all over again.

How about learning what a masa harina is and how you can use it in your kitchen? Here are all the details about masa harina.

In a number of supermarkets around the world, corn dough is made every morning. This is accomplished by soaking dried corn in a calcium hydroxide solution and then milling the grains to the right consistency. Out of the other end of the grinder, you get corn dough. This dough can then be used to make tortillas or cornbread with little to no extra effort.

The dough itself is sometimes referred to as masa dough, which might help you to guess the next step.

Essentially, the corn dough is dried and ground to become masa harina - a powder that is proto-dough. This powder can be mixed with water, and thereby it will form the masa dough all over again.

In a number of ways, these two products are quite similar. They’re both made from corn but are processed in different ways.

Masa harina is typically ground to an exceptionally fine consistency - similar to wheat flour, though not quite as fine as confectioners sugar. Furthermore, it is typically either a light yellow or white color. It’s worth pointing out, though, that you can buy masa harina made with yellow corn to achieve a specific finish to a product.

Cornmeal has a much larger consistency than masa harina - it is often compared to some kind of micro couscous, which means that it makes dough and bread with a much different final texture than masa harina. Cornmeal is the reason why cornbread has such a specific texture - a masa harina cornbread would be very crumbly, and wouldn’t hold together well at all. Finally - cornmeal is almost always yellow. This is because it is always made from yellow corn, while masa harina can be made from a number of different grains.

The most common use for masa harina is in homemade corn tortillas. This is common as this is what fresh masa dough is used for - so once it has been rehydrated, masa harina is perfect.

Most recipes call for two cups of masa harina to one and a half cups of warm water - sometimes with a little bit of salt or other seasonings. Once you mix the mixture into a cohesive dough, you might need to let the dough rest for a moment to ensure the flour is properly hydrated, but then you can proceed as though the dough is perfectly fresh and wonderful!

Portion off pieces of dough that are roughly the same size as a golf ball, and then press them flat with either a tortilla press or a heavy-bottomed skillet. Either will work very well! Once they’re properly flat, simply cook them for one to two minutes per side. Then, you’ve got wonderfully fresh and succulent tortillas on your hands. It’s time for taco night!

At the end of the day, masa harina is, essentially, just very fine corn flour. There are plenty of substances out there similar to fine corn flour, so tracking down those will be your best bet.

Probably the best substitute for masa harina is cornmeal. It, like masa harina, is made from corn and shares a large number of characteristics. The only real difference is that cornmeal isn’t as fine as masa harina. Therefore - you might want to run it through a food processor to ensure it’s at the right texture.

Grits are also a great substitute for masa harina. Grits are also made from corn, so they, just like cornmeal, have a similar taste, texture, and characteristic profile. The main difference is that masa harina is typically made from Mexican corn, while grits are usually made from American corn. This can lead to some slight taste differences, but nothing too dramatic.

Finally, we come to regular flour. This might have a slightly different name depending upon where you’re from, but it will probably be labeled as either ‘plain flour’ or ‘all-purpose flour’.

Regular flour is made from wheat, not corn, so the taste will be quite considerably different. However, the texture won’t be, which is certainly handy. The fact that the texture is similar means that you can substitute it directly by weight, which makes the maths of the entire process a lot easier.

Masa harina stores very well in the right conditions. Strictly speaking, wheat flour doesn’t store very well at all since it is subject to a number of different bacterias and pathogens in the air. However, masa harina is made from corn!

Masa harina loses some taste over time, but it never truly goes bad unless a foreign contaminant comes into contact with it. It lasts well for about nine months and can stay fresh for up to a year in an air-tight container.

Make sure to keep the masa harina away from light, temperature fluctuations, and moisture - these things will combine to degrade the flour very quickly.

Before using old masa harina, make sure to smell it. If there is no odor, it means that flour is safe to use. If it smells bad, then the flour is stale.

Arepas from Colombian and Venezuelan cuisines are cornmeal cakes that have a crispy surface and a fluffy inside. It is well-known among those who love...

The cheeses can be grouped by type of milk, fat content, texture, curd cheese processing...

Best Tacos In The World

There are so many different spots out there for great tacos, from taco trucks to...

The term Gastronomy, first used by the French writer Joseph Berchoux in 1801, is...