What Are Green Tomatoes & How To Use Them?

Green tomatoes are a unique veggie. They might look like under-ripe tomatoes, but they’re more than that. Here’s what you need to know about green tomatoes. 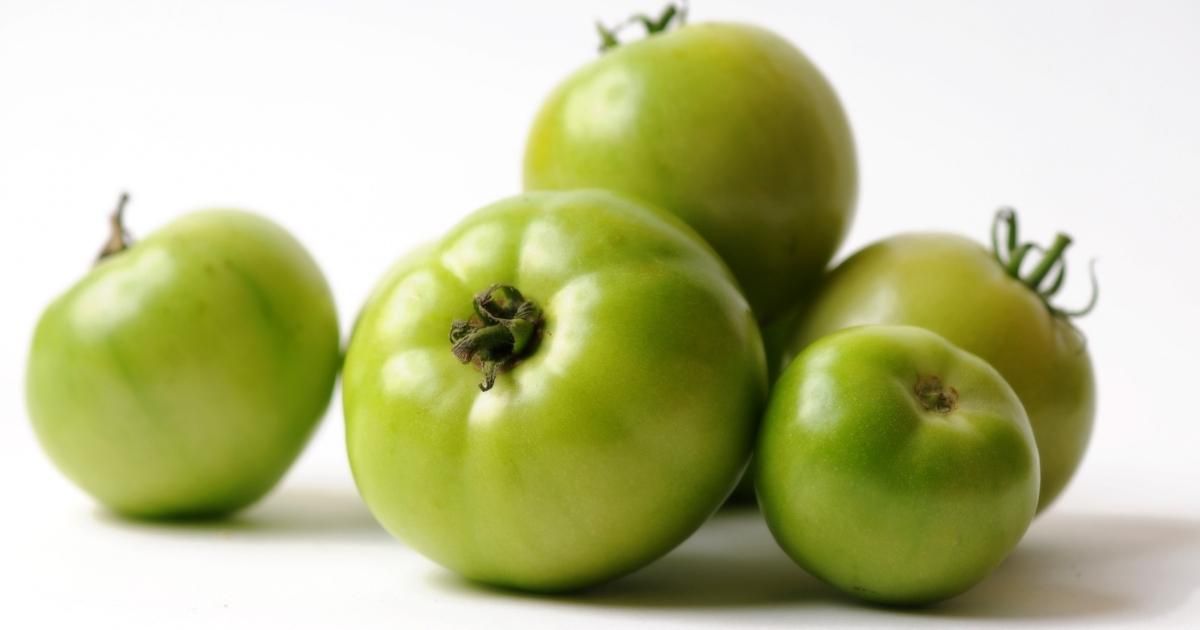 Green tomatoes are a unique vegetable with great versatility in the kitchen. Still, few people know how to use this tangy tomato variety. Well, here’s how to cook with green tomatoes.

Needless to say, green tomatoes are not as popular as red tomatoes, but they can certainly become your secret ingredient. Here’s what you need to know.

What Is Green Tomato?

Green tomatoes are an edible berry native to South America, and they are in the same family as regular red tomatoes. Also known as tomatillo and Mexican husk tomato, this interesting ingredient is a staple in Mexico, but not in many other places.

Green tomatoes are largely misunderstood. Yes, they’re just as noble as regular red tomatoes, but they taste and look different and have other uses. And although we’ve all adopted red tomatoes into our everyday lives and meals, green tomatoes are still a rare ingredient. Well, let’s change all that.

Green tomatoes are a great addition to any diet. But what are they? And how to cook green tomatoes?

What Is The Difference Between Green Tomato and Red Tomato?

Green tomatoes don’t produce lycopene and carotene, the pigments that give red tomatoes their color; they will never turn red, even when ripe. You can tell when they’re ready to eat because they turn from firm to plump and juicy.

Flavor-wise, red tomatoes are tangy and somewhat sweet. Green tomatoes are even more acidic and savory, and although they have a similar nutritional value, they’re no substitutes for each other.

Finally, a significant difference between tomatoes and green tomatoes is their size. Tomatoes are often larger (although grape and cherry tomatoes are noticeably smaller). Besides, green tomatoes come with a husk — a paper-thin cover that must be removed before cooking. This layer is easy to remove and actually protects the green tomatoes from damage.

How To Use Green Tomatoes?

You can consume green tomatoes raw. They’re pretty tart, so you can’t eat them like an apple, as tomato lovers would do with a red tomato. Still, sliced, diced, and minced green tomatoes are beautiful additions to salads and sandwiches when raw.

Cooking green tomatoes is also customary, and they’re the key ingredient in many sauces and salsas. Of course, fried green tomatoes have become an increasingly popular side dish. Seasoned right, they can complement any meal nicely.

Green tomatoes are safe to eat raw or cooked, and they’re versatile too. Just like any other veggie, there are endless uses for the juicy and tangy berry. These are some reliable ways of using green tomatoes, although they’re just the tip of the iceberg.

Mexican food is all about sauces or salsas, as they’re known in the country and abroad. Blending raw green tomatoes with white onion, fresh coriander leaves (cilantro), garlic and the occasional green hot pepper, seasoned with salt and a splash of lime juice, results in versatile salsas to give flavor to any type of taco.

Since raw green salsas are quite tangy, they counter fatty ingredients, such as pulled pork, grilled chicken, fatty steaks and all sorts of stews. Most Mexican restaurants place a bowl of raw green salsa center table, and it can be used for anything, from tacos to quesadillas. Adding avocado to raw green salsa results in a creamier concoction that’s also popular.

Cooked green tomatoes are the chief ingredient behind cooked green salsas, often used to coat chilaquiles and enchiladas. The ingredients in these sauces are not dissimilar to what you’d use in raw salsa. White onion, garlic, hot peppers, cilantro and sometimes chicken stock.

Contrary to common belief, Mexican salsas are not heavily seasoned or spicy; they’re hot for the addition of chili peppers, but few spices or herbs other than cilantro are used, if any.

Green tomatoes can be halved, sliced or quartered and thrown into salads. In a way, they complement salads with refreshing acidity and texture. They’re firm and savory on the palate and not nearly as juicy as regular red tomatoes. Still, they provide contrast to all types of salads.

Grilled green tomatoes can also be part of exciting salads, especially if made with heartier ingredients, such as grilled chicken. Green tomatoes reveal a unique taste when smokey and slightly charred.

Once you make yourself a salad with green tomatoes, you can put together a sandwich. Add green tomatoes to your next tuna sandwich and see what we mean.

Green tomatoes can be part of many soups and stews, and it’s because they add color, acidity and texture to the stock. Green tomatoes are also compatible with any other vegetable and a wide variety of proteins, so they’re naturally useful in the soup department.

One of the most popular Mexican soups using green tomatoes is pozole, the green variety, that is. In these hearty soups, tender hominy mingles with shredded chicken or pork in a thick broth flavored with green tomatoes. Cilantro and oregano are typical additions to these soups, and so are other add-ons, including shredded lettuce, radishes, lime juice and even crunchy tortilla chips.

Add Green Tomatoes to Your Meals

Of course, people have started using green tomatoes in various dishes, from soups to pies. Green tomatoes can also be used to make relish and ketchup. There are many uses for the green fruits that not even red tomatoes can match.

Get yourself a fistful of green tomatoes and see what you come up with. Yes, this is not the most comfortable of ingredients, as we’re not used to them. This doesn’t mean that cooking with green tomatoes isn’t fun and exciting. Who knows, the green berries might just become your new favorite ingredient.

Green tomatoes are a noble veggie, and although they’re no substitute for red tomatoes, they have their virtues. Green tomatoes are an ancestral ingredient in Mexico and Central America — what a better way to add complexity to your meals?

Tacos are famous worldwide, not just in Mexico. Of course, its unique simplicity and taste fascinates everyone. Chicken taco is one of the best and easiest...

Pineapple Salsa is a delicious side dish made with fresh ingredients. It is prepared with sweet, spicy and juicy fruits and vegetables. This easy-to-make...

Everyone loves chicken quesadilla with cheese, and this healthy quesadilla recipe is the ultimate Mexican dish. The melty cheese and flavorful filling...

Pozole is a kind of stew or soup made with pork or chicken. This Pozole Rojo is made with pork, hominy, and chili sauce, and is a comforting dish.Add a...

Are you in the mood for a tasty Mexican treat? Then Pico de Gallo is just what you need. Full of healthy veggies and irresistibly simple, this Mexican...

You can make Homemade Tortilla Chips as crispy and delicious as those from the grocery store. You can also adjust the salt and oil ratio according to your...

Best Coffees in the World

Are you one of those who can't start the day without "coffee"? Or are you someone...

We are sure that you all have a weakness against sweets. Desserts are shown as a...