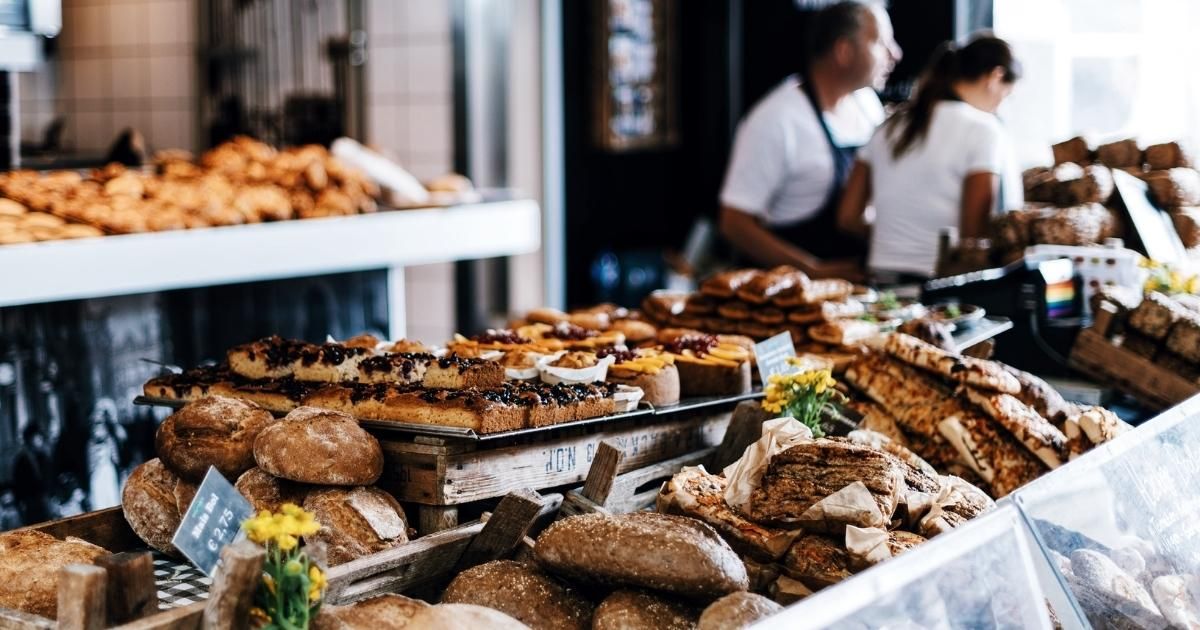 French bread and pastry are one of the most beloved worldwide. In fact, some of the best bakeries in NYC have French inspiration. Let’s talk about our favorite bakeries in the Big Apple.

What Are the Best French Bakeries in NYC?

New York City has it all and that’s particularly true for all types of food. Cultures from all corners of the earth immensely influenced NYC, meaning the city’s food diversity is unmatched. When it comes to bread, it’s hard to argue that French bread is not amongst the nicest, and it’s well represented in the Big Apple.

Here are our favorite French bakeries in NYC. Did we miss your favorite baguette spot? Let us know! See if you have tried all these NYC bakery shops.

Below you’ll find 10+ French bakeries in New York. We tried to represent the bakeries everyone knows and loves and added a few lesser-known spots. All French bakeries have in common their passion for keeping their European tradition alive, which means making bread the old-fashioned way.

The result? Fluffy and crusty bread with great versatility at the table. No one says no to a slice of baguette or a buttery brioche. There’s French bread for every time of day and occasion.

Dominique Ansel is a superstar baker; he is the creator of the cronut (croissant-donut) and a Michelin-starred pastry chef. Although Monsieur Ansel has bakeries around the world, one of his most famous pastry shops is in SoHo, NYC.

Try the spectacular blossoming hot chocolate with a mini madeleine on the side, and don’t miss the opportunity to try Chef Ansel’s famous cronuts — these are flaky goodies that combine French tradition and innovation. This is not an ordinary bakery; it is a powerhouse for all things fluffy, fun and exciting.

For many, New York City’s most famous cookies come from Levain’s ovens. The cookie-oriented bakery opened in 1995 and specializes in two bite-sized cookies with French flair.

The easiest way to enjoy the masterpieces baked here is to buy a cookie tin of different varieties, but you can also indulge in the bakery's specialties. Try the chewy Chocolate Lovers cookie with a brownie texture and contrasting crunchy pecans or the golden Oatmeal Raisin cookie with specks of dried fruit and a buttery bite. This is one of the good French patisseries in NYC.

Magnolia Bakery is not one, but many establishments that are part of a famous chain that first opened in 1996 in West Village, Manhattan. The bakery soon gained recognition for its lovely desserts — this is amongst the most authentic French bakeries in the country.

Jennifer Appel and Allysa Torey earned a spot in the culinary world by making original cupcakes with attractive names, a flashy presentation and a decadent flavor. Magnolia is also a source of regular-sized cakes and many other treats — all beautifully designed to meet the most demanding New Yorker palates. If in the neighborhood, try Magnolia’s seasonal cupcakes; they have something special year-round.

Mille Feuille is an authentic pâtisserie française. Here, French classics come to life with a mindfulness you can only find in the finest Parisian shops.

Chef and owner Olivier Dessyn bakes his bread in Brooklyn, but only one of his shops is in the borough; the others are in Laguardia and Broadway. Macarons, croissants and pain au chocolat are a specialty here, but Mille Feuille is also famous for its world-class coffee. This might just be the best latte in NYC.

Photo By Official Maison Ladurée US

Ladurée is a French bakery with shops in NYC, DC, Florida and California. They also offer full restaurant service, and their gift shop is a must for every pastry lover.

Ladurée is a French company from 1862 and has bakeries and coffee shops globally. The New York branches are amongst the largest and flashiest, with a shop in SoHo and another in Madison. Their best-sellers include a sweet Lemon Pound Cake and their colorful macarons. Ladurée also has a lovely tea selection.

Almondine is a small bakery in Brooklyn, but it has become a reliable neighborhood bakery since 2004. French baker Herve Poussot started making bread in the area the French way, and people loved it.

The bread here is as good as it gets, especially the French Country Loaf and the Almondine Baguette. However, Almondine is also known for offering a wholesome lunch that changes daily — it includes a sandwich, soup and salad — you get dessert, too! The eclairs here are legendary but stop by even if you only need a baguette.

“Bread, well done.” That’s Bien Cuit’s promise to New Yorkers, and they deliver. Zachary Golper is a well-seasoned baker who has worked with the best pastry chefs worldwide and helped open bakeries across the USA before opening his own project in NYC.

At Bien Cuit, flour, water, salt and yeast are basically the ingredients in most items on the menu — all made artisanally in small badges. There are now four Bien Cuit locations, and they all have pickup and delivery. Try Bien Cuit’s baguette and multigrain.

Breads Bakery is a traditional French bakery in New York with four locations. The bread here is so good that the New York Times once said Breads had the best baguette in the city; they have the best chocolate babka, too (it’s filled with Nutella and dark chocolate).

Although the pastries here are good, many New Yorkers come to Breads Bakery for their everyday bread. The baguettes, challah, rye bread and sourdough are extraordinary — they’re made the old-fashioned way, the proper way.

Chef Daniel Boulud is one of the best-known French Chefs and one of the most successful abroad. With dozens of projects worldwide, it’s no surprise Mr. Boulud owns French bakeries in NYC, at Lincoln Center, Vanderbilt and the World Trade Center.

Bread and pastries are a great reason to visit Epicerie Boulud but stay for Breakfast or Lunch if you can because these are lovely bistros with a classic but creative menu. The Nutella croissant is everyone’s favorite but do try the silky bread pudding.

Cannelle Patisserie is not just another French bakery; the quality here is on another level. With stores in Jackson Heights and Long Island City, Cannelle also has locations in France, Sri Lanka and NYC.

The relative newcomer opened its doors in 2007, focusing on individual pastries, everyday bread and cakes for special occasions. Cannelle is also home to a delightful selection of creamy gelato. The lemon square, mille feuille and the espresso 31 chocolate cake are best-sellers at Cannelle Patisserie and a must-try.

With shops in Delancey Street and Newark, Ceci Cela is growing fast, and it’s for its croissants, danishes, muffins and brioche. You can feel the French inspiration in this bakery’s menu.

Cakes, cookies and tarts are also well represented in their menu, with a fudgy chocolate mousse and a fresh fruit tart as good ambassadors for Ceci Cela’s style. Laurent Dupal founded this bakery twenty years ago, and it has become an authentic French neighborhood café.

Mille Feuille is a light and creamy French dessert. It consists of layers of crispy puff pastry filled with rich pastry cream. A delicious taste with its...

After you make this easy French macaron recipe, you’ll not even want to think about other Macaron recipes. Serve these delicious macarons as a snack...

Brioche bread, with its fluffy structure and slightly sweet flavor, is one of the most delicious, buttery French cuisines. Toast, sandwiches, buns, and...

On a keto diet but craving something sweet? This quick and easy chocolate mousse recipe is here to help. It's the classic no-bake treat when eating low-carb...

With the effect of Covid-19 pandemic, we have seen that many products that we supply...

What Is Mate Tea?

Discover the different types of wedding cakes, from classic styles to modern creations,...