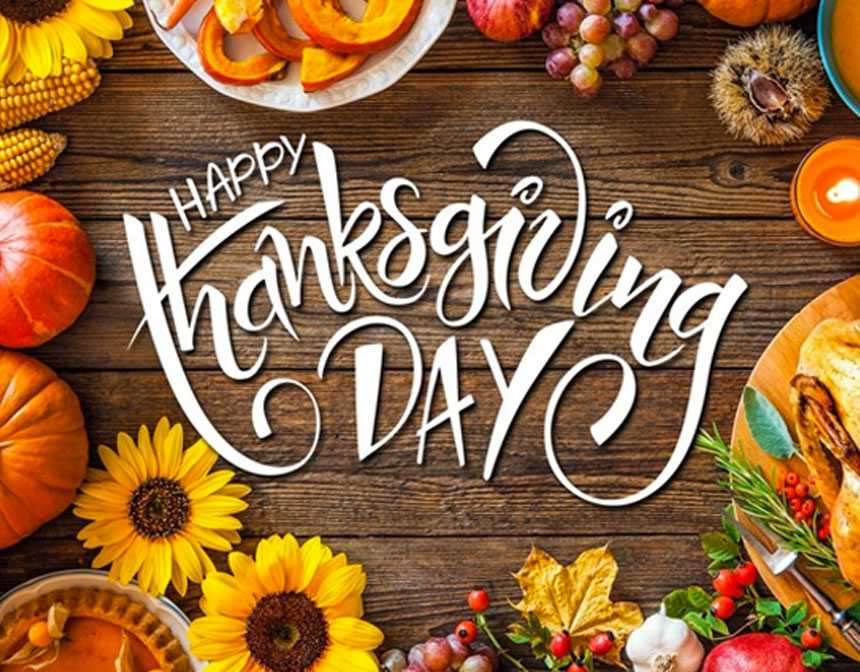 'Thanksgiving' is an expression of gratitude to God for everything.

It is a national holiday celebrated in the United States and Canada to thank the harvest and all the blessings of the past year. Thanks to the geographical differences between the two countries, the harvest calendar is not the same, so Thanksgiving is celebrated in Canada on the second Monday in October and in the US on the fourth Thursday in November. Thanksgiving Day is celebrated among the Indians as Mourning Day.

Thanksgiving is based on British traditions. Thanksgiving religious services gained importance during the British Reform in the 8th Henry period. Thanksgiving was born as a reaction to the religious days in the Catholic Calendar in England.

In September 1620, a small ship, the Mayflower, left Plymouth, England, and with 102 passengers seeking a new home where they could freely practice their beliefs and other individuals with the promise of a new prosperity and land ownership, began building Plymouth's village on the American soil after 66 days of travel. Native American people provide food aid to people from far away. Taught them how to cook turkey. Years later, the British governor prepared a meal and invited the Indians to dinner. After that day, after each harvest, the feast of food became a tradition. That's why Thanksgiving dates back to the harvest festival of Native American and British settlers from the Wampanoag tribe in Plymouth.

In 1817, New York became the first state to officially accept Thanksgiving a holiday. In 1863, President Abraham Lincoln proposed Thanksgiving to be a national holiday, but this proposal was decided years later at the Congress in 1941.

Volunteering is a common Thanksgiving event. Non-governmental organizations continue to provide food to people and keep that spirit alive.

Due to urbanization, responsibilities and current conditions, distance between family members occurred. This holiday turned into a unique opportunity to come together.

Today, this celebration loses its original religious significance, and become more of a family tradition and an opportunity to come together, focusing on a pleasant dining event. The traditional menu of Thanksgiving dinner includes turkey, stuffing, potatoes, cranberries and pumpkin pie. A classic pumpkin pie will provide the most enjoyable moments of the meal, and a great finish. But whatever you choose at your thanksgiving table, the key to a successful dinner, is a big enough turkey to feed everyone. We have prepared the best recipes for you.

Wash the mushrooms and remove their stems. Drain on absorbent paper. Set the oven at 180°C (356°F).Prepare the pesto sauce with the 1/2 scale.Arrange...

It is a delicious and practical flavor that everyone loves to eat. It is a great pair meat dishes.

A delicious thanksgiving treat. This stuffing dish will go great with a juicy turkey.

This is the traditional holiday pumpkin pie. This classic recipe has been on LIBBY'S® Pumpkin labels since 1950. This pie is easy to prepare and even...

Cranberry sauce or cranberry jam is a side dish served with Thanksgiving and Christmas dinner. Especially in North America, it is an integral part of turkey...

Its name, form, or the ingredients change from culture to culture, but the passion...

While we are pursuing anti-aging creams, unfortunately we do not consume the natural...

10 Foods That Will Help with Low Potassium

Potassium, the eighth element with the highest rate of presence in the human body,...

Lemon zest can turn a dish from good to great. It’s incredible what the fragrant...