The 10 Best Donut Shops in America

Donuts are crowd-pleasing and comforting, but they’re not all made equal. Here are the 10 best donut shops in the country and their correspondingly delicious donut shop coffee. 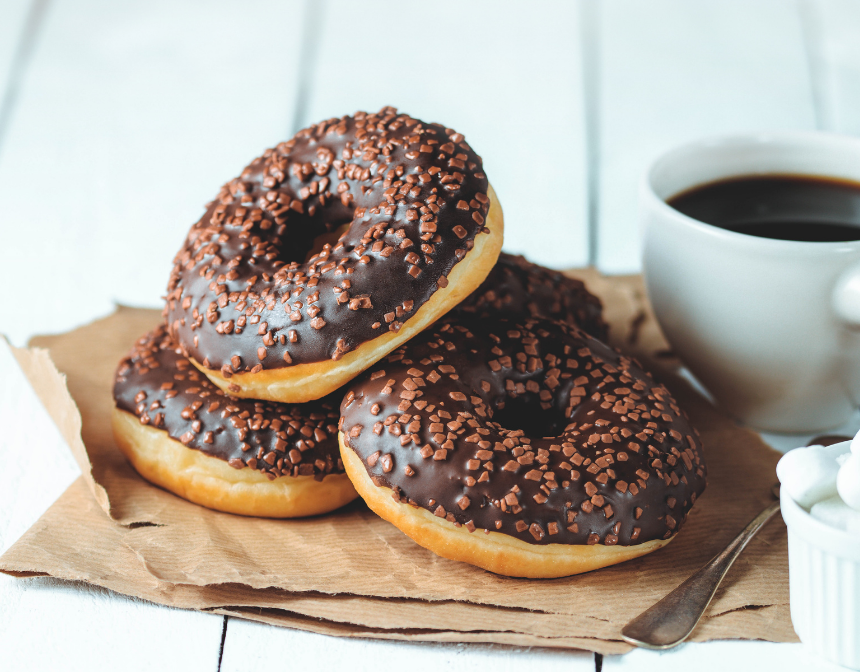 Donuts are an all-American favorite. The perfect grab-and-go breakfast, a superb quick lunch and a lovely crave-quencher, donuts can do it all. Here are the best donut shops and the finest donut shop coffee in America.

Come for the fantastic small batch roasted coffee, but you’ll return time and again for the donuts! Donuts at the Doughnut Plant are amongst the highest-rated, and for a good reason — their most popular donuts use sourdough as a base, and they have vegan and gluten-free versions as well!

The coconut lime donut is hard to beat but DO try the Fresh Blueberry Sourdoughnut. There’s just so much passion behind these, making this donut shop a must-visit. They have seven locations around New York.

You’ll find one of the best donut shops in the country in Metro Detroit, and they offer a mean coffee as well. The secret here is sourcing the highest quality ingredients and handcrafting the donuts from scratch. Every donut filling is made in-house!

The menu changes often at Donut Bar, as the donuts here are highly seasonal. Still, there’s always something for everyone. Even a maple glazed donut topped with a chicken tender.

Psycho donuts at Campbell, California, is all about creativity and are guaranteed to thrill. Donuts here are works of art. From a Cereal Killer made with colorful box cereal to a death metal-inspired Headbanger, there’s a tasty sense of humor infused in each fluffy creation.

The folks at Psycho Donuts might be playful with their flavor combinations, but they’re dead serious about their quality. It’s hard to stand out in the most competitive states in the country, but Psycho Donuts is utterly unique!

Chef Santiago is behind this fun donut shop in San Diego, and it’s been featured in talk shows such as Ellen. It’s easy to see why; donuts here are a statement.

The most award-winning donut shop in the USA certainly does things right with a fantastic donut variety, including a Cadbury egg donut and a maple bacon cinnamon roll. There’s even a grilled cheese donut! The vibe here is vibrant here, making this donut shop a local’s favorite.

With two locations in Atlanta and one in Thailand, Sublime Doughnuts is becoming an international phenomenon. Kamal Grant is behind this delicious project, and he’s committed to using flavor combinations from all around the world in his creations.

From a Danish cheese donut to one flavored with dulce de leche, donut flavors are not your usual at Sublime. This is truly a window to the world and a lovely culinary experience.

These are some of the best hand-crafted donuts in Chicago — they’re authentic masterpieces that are not only delicious but super Instagrammable.

Their peanut butter & jelly donut is a classic but try the more exotic specials, like the Chestnut Old Fashioned or the Birthday cake donut.

With old-world decor, this donut shop is stylish and upscale, but their donuts are just fun and friendly. The coffee is serious business, though, and so is offering an excellent service!

The donuts at Dough are made with brioche-dough, so they’re buttery and fluffy. Working only with small batches, donuts here are always fresh, and they have a great variety — they even have five types of vegan donuts (try the vegan blood orange donut!)

The coffee here is hand-ground and roasted on-site. It’s one of the finest in Manhattan! By the way, Dough has two locations in the Big Apple, both within walking distance from the Empire State Building.

Few donuts in America can say all their ingredients are certified organic, but this is just what Mighty-O offers. They have an astounding sustainable coffee as well!

Donuts here are wide and varied, the menu is quite impressive, making choosing one donut a difficult task. Choose with your eyes closed, though, because they’re all gorgeous. The topless chocolate donut is beauty in simplicity, and they handsomely top the nutty vanilla donut with crushed peanuts.

Always made fresh to order, the donuts at Purvé are hands down the most colorful in Honolulu.

Creativity and lots of vibrant ingredients make these handmade donuts as pretty as they’re tasty. Peanut butter, lemon glaze or s’more-flavored donuts, they’re all exemplary. These guys have mastered the art of making inspiring donuts, and the coolest part is that Purvé really takes care of their own, participating in lots of charitable and social work.

If you’re tired of just having donuts and coffee, then this iconic donut shop is what you need. At Federal Donuts, order chicken and get a free donut!

With ten locations around Philly, this is one of the largest donut shop emporiums still doing things right — honey donuts seasoned with vanilla spice, classic cinnamon brown sugar or even an apple pie donut, all donuts here are as fresh as they get. What a treat!

Donuts Will Always Bring a Smile to Your Face!

Donuts are just fun; let’s say it out loud. Yes, they’re not the healthiest sweet treat out there, but they’re not that bad either, as long as you don’t overdo them.

See if there’s one of these famous donut shops around you and go enjoy their ring-shaped fried goods. Enjoy their donut shop coffee as well; it’s part of the experience! If we’ve missed your favorite donut shop, let us know! There’s a donut shop for every taste and palate. What’s yours?

If you want to learn more about Shops&Restaurants in the World check out our posts!

Hangover can be defined as having too much to drink the day before. For some, it...

The different types of culinary herbs are easy to use in the kitchen, and they can...